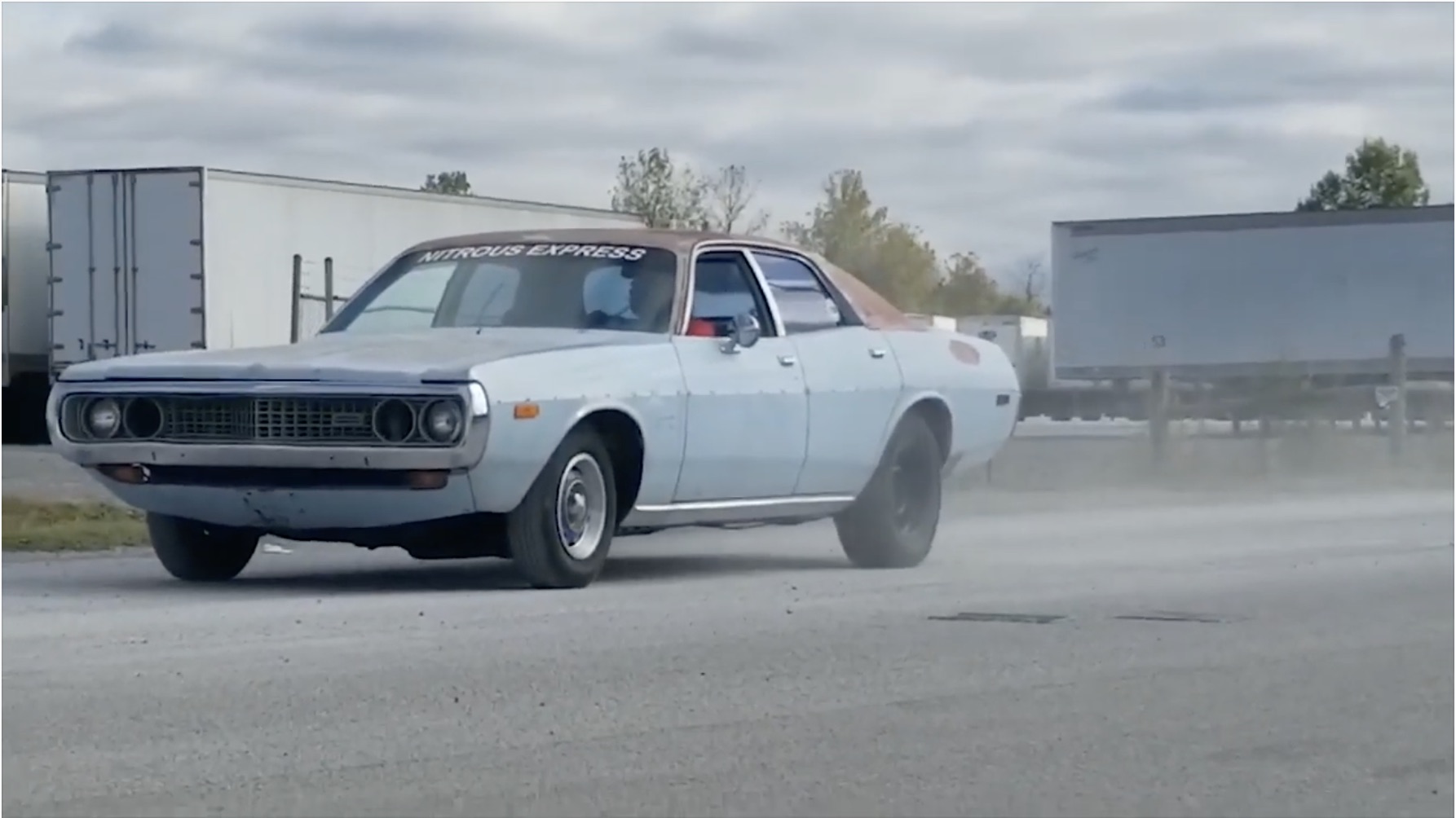 Is there such a thing as “professional jealousy”? Because I think I’m suffering from it right now. Or maybe it’s the sharp pang from my memories of a car long since gone. Either way, looking at Uncle Tony’s 1972 Coronet, hearing the small block bark into life, watching the shifter get stirred, and hearing the big B-body romp and stomp is giving me flashbacks to the four-speed Dodge Diplomat. The surprising menace of a four-door Dodge is present and accounted for. The throaty, attention-grabbing exhaust note is right there. This thing is good. Damn good.

The cool thing is that the Coronet is a legit budget build. Right now, the full budget is $2,400 and it’s taken 11 months to get to the running and driving phase. Keep in mind, though, that Tony’s methodology for a build might not line up with yours. The car went on a diet and certain parts were removed and sold…like the heater, for example. And caveat two, this is the Coronet’s teething stage, so when the car throws the belt every time they lay into the throttle heavily or when you see the shifter throw requiring a full windup motion to rip into second gear, understand that this isn’t done yet. This is just the first motions of what’s to come.

Want To Have In-Helmet Communications For Under $50? Check Out How To Do It Yourself At Home! The Last Of The Line: This 1961 DeSoto Is Too Cool!