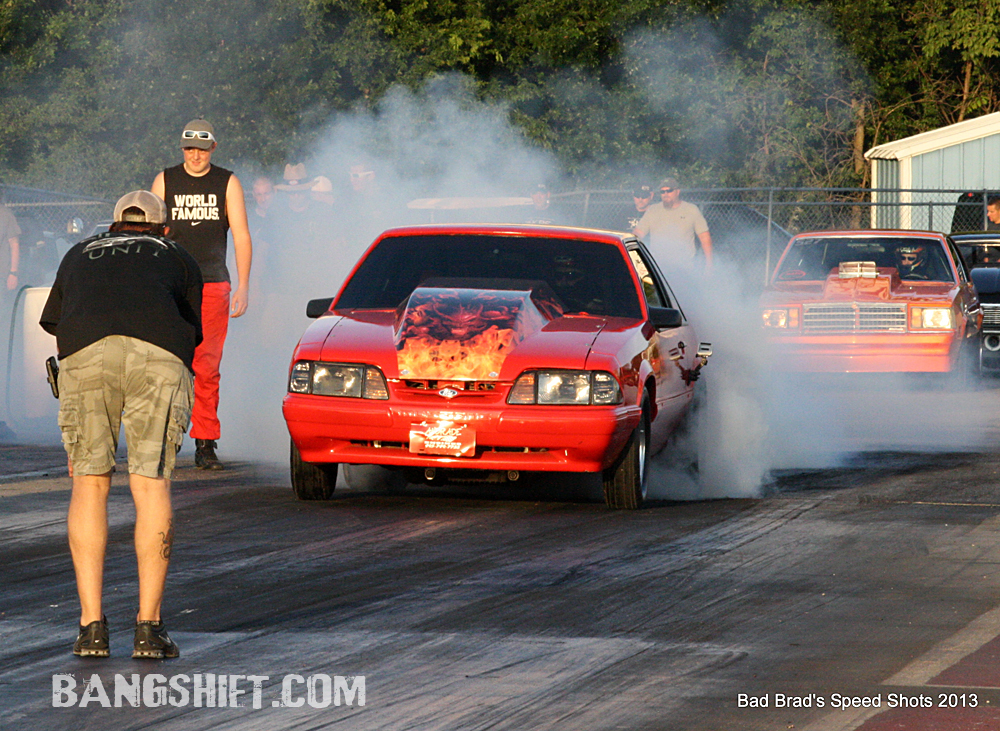 (Words and Photos by Brad Klaasen)

Once again Thunder Valley Raceway Park, Noble, Oklahoma held their monthly Pro Street Racing Association event with both drag cars and fans turning out in droves for another fantastic show. The race ran into the early hours of Sunday morning, but the action was so fever pitched the fans remained to witness the entire event.

The Outlaw class, which are the big boyz of the show, wowed the jam packed crowd at TVRP with some killer runs like the 41 Willys Pro Mod car of Chad Sheffield’s blazing the 1/8th mile to the tune of a 4.07 at over 175 mph. Chad had trouble with the car and went out in the semis, but put on one hell of a show before doing so. The Outlaw class final between Team 3D’s 70 1/2 Pro Mod Camaro with driver Terry Foster in the seat against long time heavy hitter Alan Firestone in his beautiful Chevy S-10 truck was the best race of the night. Both drag machines ran 4.48s with Firestone getting the slight edge to take the win and the crowd paid both drivers off with a rousing round of applause for putting on such an amazing race.

The other classes of both small and big tire cars put on another mind numbing show as well, with speed blinding runs for the fan packed stands to witness all night long. Plus, several of the Discovery Channel’s “Street Outlaws” were in the house to display their cars, meet and greet their fans and also make a few exhibition runs. And if that wasn’t enough excitement for the price of admission, Mark “Mr. Paint” Rendeluk was there making 6 second test passes down the quarter mile at over 200 mph on his funny bike. Talk about extreme! That’s the way it went down this past Saturday night at the track in the valley.

If you missed this race, well that’s your bad. But don’t worry, Thunder Valley Raceway Park will roll out the Pro Street Racing Association show again next month just like clock work and you’d better be there then to witness another fantastic drag racing extravaganza like only the PSRA racers and TVRP can provide. See you at the drags. – Bad Brad 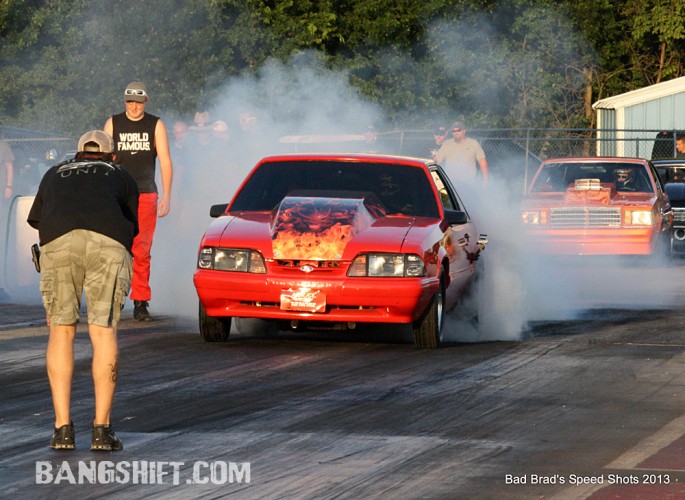