Rippin’ Grip: This Beefy Little Ford-Powered Miata Can Get Down On The Strip 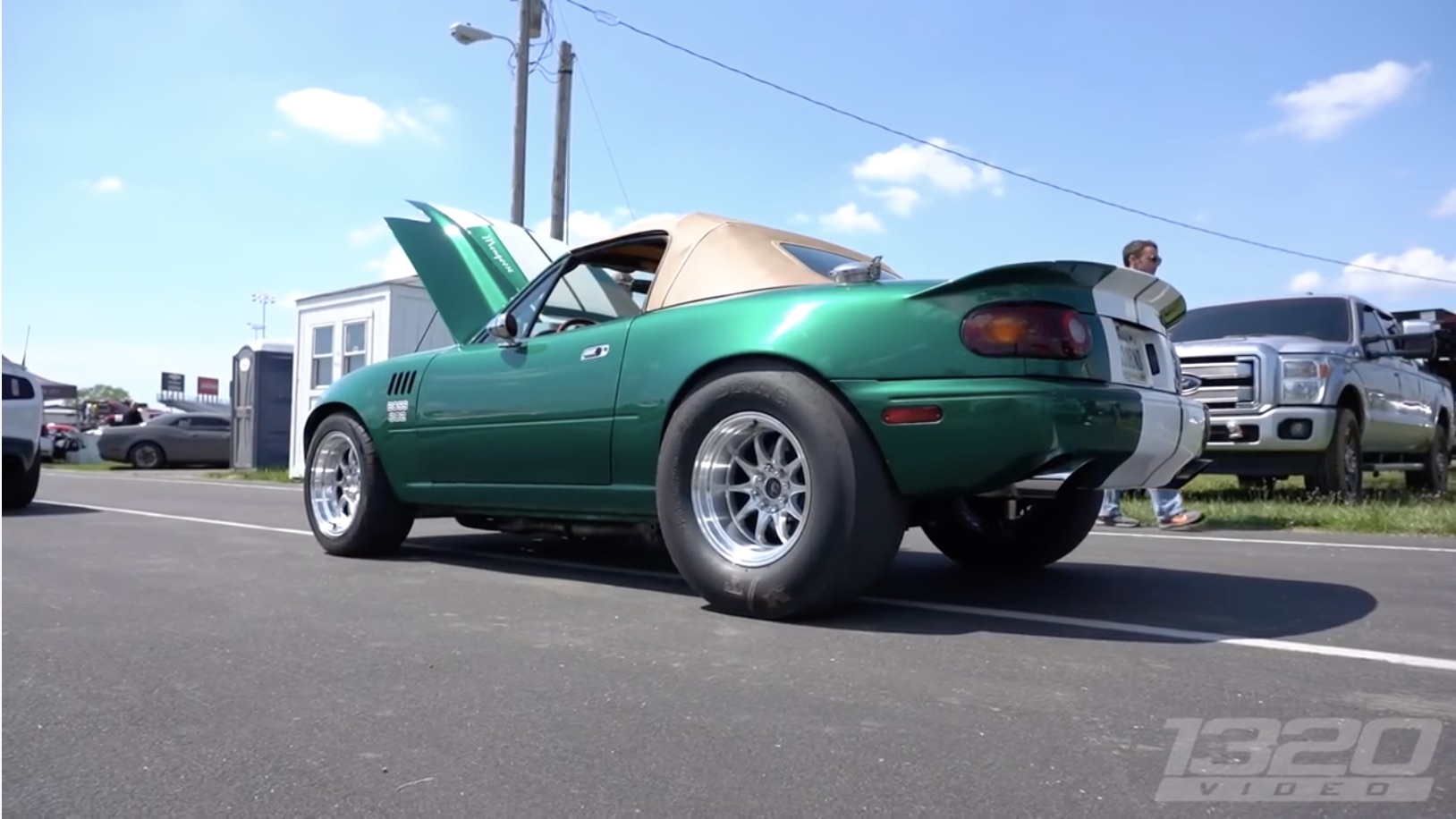 The combination of an AC Ace, the Ford Motor Company, and a chili connoisseur from Texas combined to make one of the most fearsome sports cars ever devised, the AC/Shelby Cobra. In small-block form, they were violent. In big-block form, they were absolutely unholy, and the stories surrounding the two “Super Snakes” are legend, with Bill Cosby scaring himself half to death in one before giving it back to Shelby. Ford engine, small roadster…it’s a winning combination. But is it an antiquated concept? The Cobra was…the Ace was riding on suspension technology that could be dated back to the horse-and-buggy days. Ford engineers abhorred the design, but couldn’t do anything about it when it proved itself on the track and proved to be impossible to replace properly.

But what about modern times? You can get a kit car Cobra and build it using modern powerplants. I’ve ridden in one and I assure you, I was almost uncontrollably barking out expletives by the end of that session. But there is another way: the Mazda Miata. While other kids were making chick-car jokes about the Miata, I always thought I saw a little bit of Cobra in the lines. Maybe not as much as the Viper had, but it was there. If only you pulled out the sprightly little four-cylinder and got your shoehorn ready, then you’d see. And over the years, I have seen. LS-powered Miatas that lay waste to brats in hopped-up Mustangs on the I-17 stretch heading north out of Phoenix. That bonkers Hellcat-swapped machine that is good for turning tires into fluffy clouds and your friend’s pants into an earthy shade of brown. Add V8, and you win. This emerald gem is packing small-block Ford power and this thing moves the F out on the strip. You want to hear angry? Listen as the slicks try to keep up!

Kept Precious: Jay Leno Walks Through His Owned-From-New Dodge Viper Unhinged: A "Knight Rider" Reboot? Somebody Needs To Be Rebooted.

3 thoughts on “Rippin’ Grip: This Beefy Little Ford-Powered Miata Can Get Down On The Strip”