(Photos by Bob and Ginger Snyder) – The United Nitro Funny Car Championship series, presented by Good Vibrations Motorsports held the first round of their five-race series over the weekend as part of the Tucson Dragway Reunion. The Western Fuel Altereds group was also invited to compete. 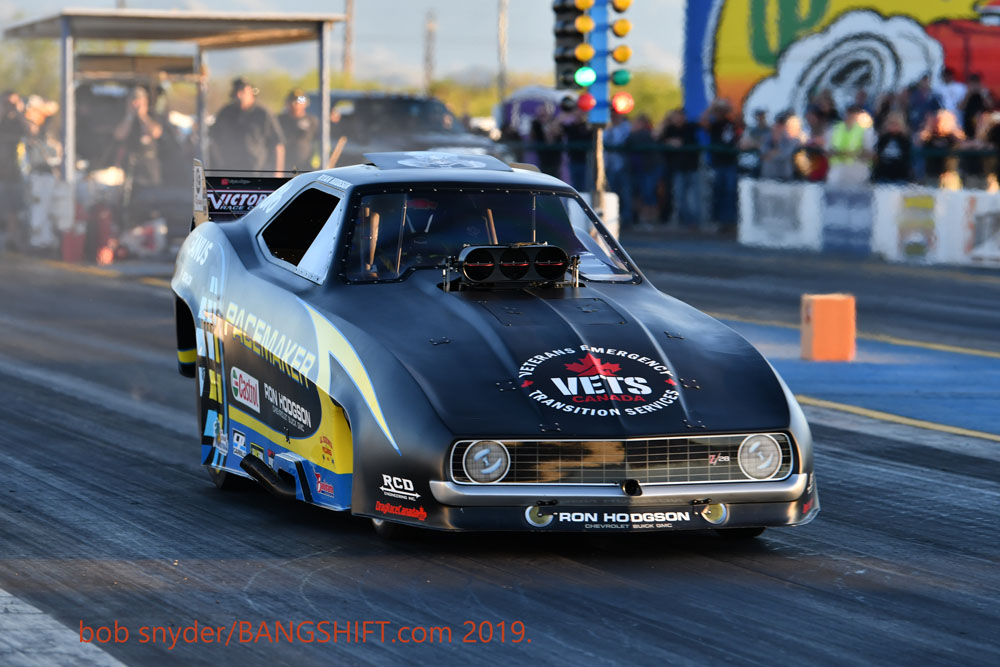 At sunset, Hodgson in the “Pacemaker” Camaro, had a first round bye-run, yet showed off his ability to get down the Tucson quarter mile running a solid 5.81 on the solo pass. 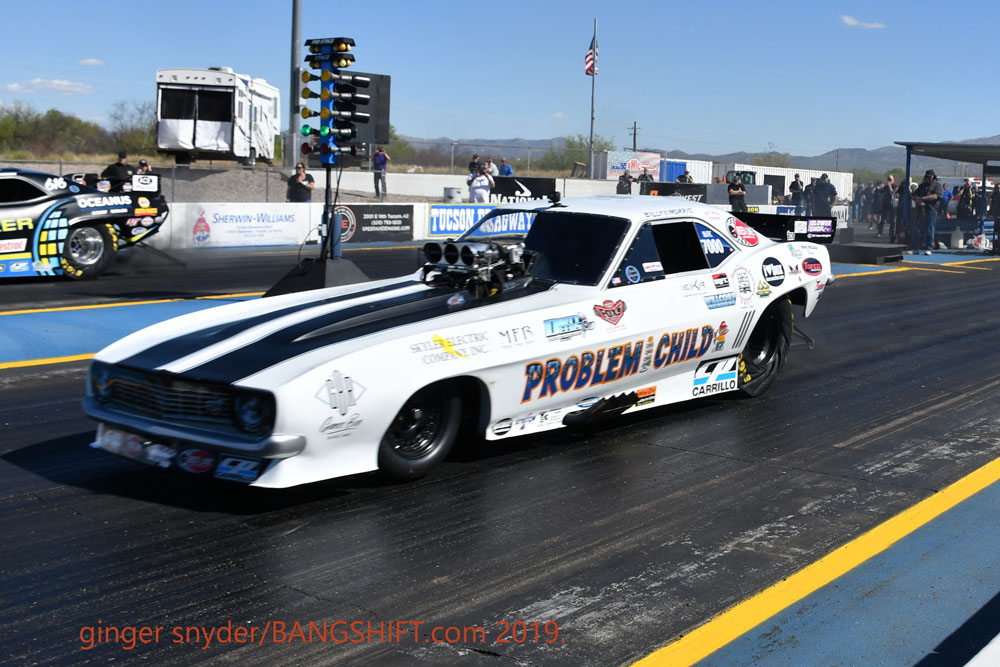 Morris went on to defeat James Day (above), with a 5.91 to Day’s 6.14 ET, but in the competition for the WELD Wheels Perfect Light Award, Day’s .061 reaction time recorded the quickest time during eliminations. 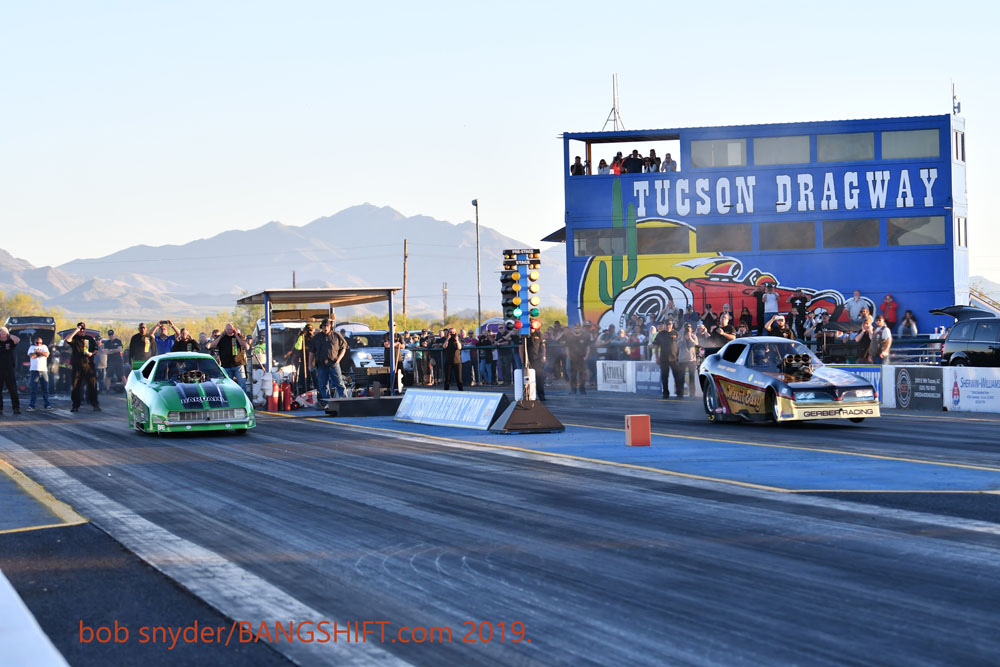 Also in the first round was 2018 Good Vibrations UNFC Series Champion Bobby Cottrell driving the Austin & O’Brien “Northwest Hitter” Camaro, who qualified third with a 5.847. He met Danny Gerber in his “Wasn’t Easy” ’77 Firebird, tuned by Jon Wurtz. Cottrell’s 5.85 made the best of Gerber’s 6.61, sending him home. Closing out round one, was Canadian and sometimes Scottsdale Arizona resident Tim Boychuk in his “Happy Hour” Camaro, tuned by Twig Ziegler who is competing in his fiftieth year of nitro funny car.  Boychuk, who qualified fourth, took on Geoff Monise driving the classic Van Gundy & Clark “Quarter Pounder” Monza. In a close match Boychuk’s 6.054 beat Monise’s 6.052 with a starting line holeshot.

In round two, Ryan Hodgson ran a competition bye, when a blackened crankshaft sidelined Tim Boychuk from taking the green light. Hodgson smoked the tires as the light turned green. On the other side of the ladder, Bobby Cottrell took on Billy Morris in the “Problem Child” Camaro. Cottrell’s 5.952 got the best of Morris, who ran 6.616, giving lane choice to the big green Bardahl-backed Camaro. On a chilly, cold track Hodgson and Cottrell made their burnouts, as the green light glowed it was Cottrell out first, but by half-track Hodgson was ahead as Cottrell pedaled to regain traction. Cottrell, the 2019 Good Vibrations March Meet winner slowed to 6.380 to Hodgson’s 5.844 ET at 242.54 mile per hour.  Hodgson takes home $7,500 for the win. Prior to Eliminations, UNFC and WFA Drivers held an autograph session to hand out event posters and talk with spectators. Click on a photo in the Gallery below for more photos of the UNFC and WFA at the Tucson Dragway Reunion!

This Video Shows The Process Of Making The Awesome V12 LS Blocks - Amazing! So Much Win: The Sniper EFI 4150 Dual Quad Setup Is Easy To Install, Tune, and Love