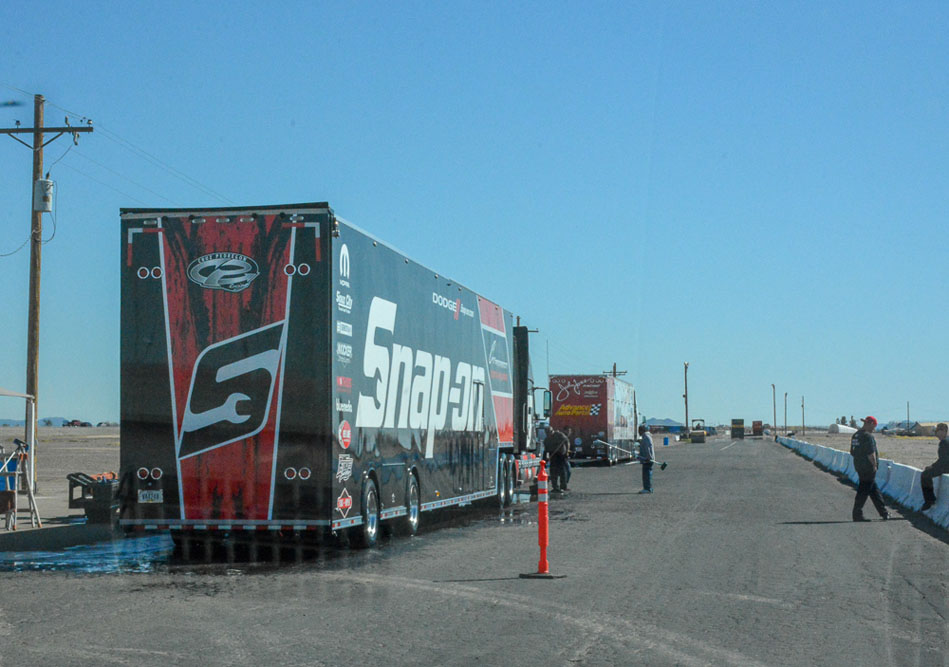 NHRA’s 2019 Mello Yello drag racing season began a couple of weeks ago with the Pomona Winternationals where Doug Kalitta, Robert Hight and Bo Butner grabbed the Wallys for their efforts in the PRO classes.

Going into the weekend drag racing at Wild Horse Pass Motorsports Park, near Phoenix, our photog Bob Snyder dropped into the facility a day early while Professional teams set up their workspaces for the battle to come. 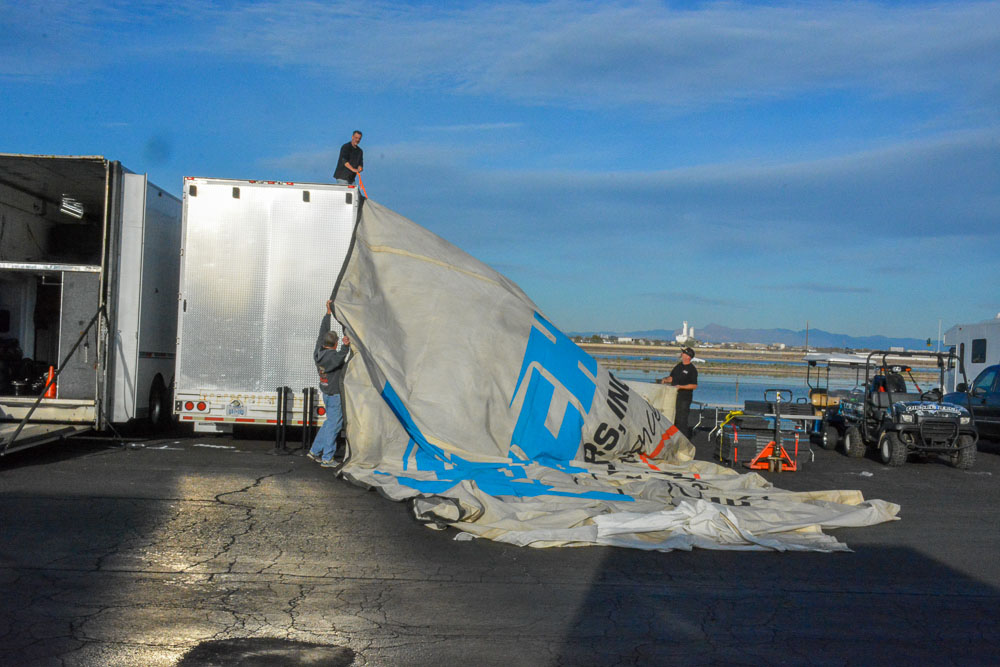 Sadly there’s no starting line flames yet, or the sweet smell of nitro, thunder and speed. In these Wednesday photos, hard working crews are washing their big rigs transporters, repairing damage from Pomona racing, freshening motors and blowers and setting up their vast hospitality centers.

You’ll seldom see racecar drivers on set-up day, but if you have any doubt to the high costs of racing today, its much more than billet blocks, pistons and blowers, welded chrome moly tube and carbon fiber… it takes people, big rigs and per diems.

The weather in Phoenix might suck today and on Friday, but the weekend looks dry with cold, crisp temperatures in the forecast. Then on Sunday evening and Monday, it’ll all get torn town and loaded up for the move onto Florida when NHRA celebrates the 50th  anniversary of the Gatornationals, March 14-17 at Gainesville Raceway. The Gators are going to attract dozens of drag racing legends and near legends for a giant celebration of drag racing’s past. 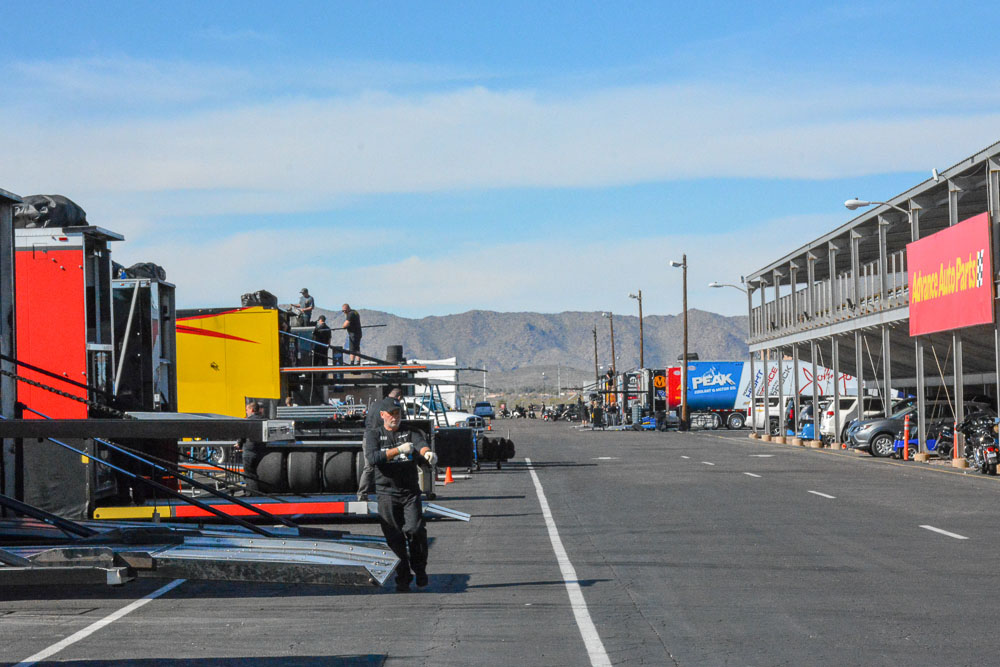 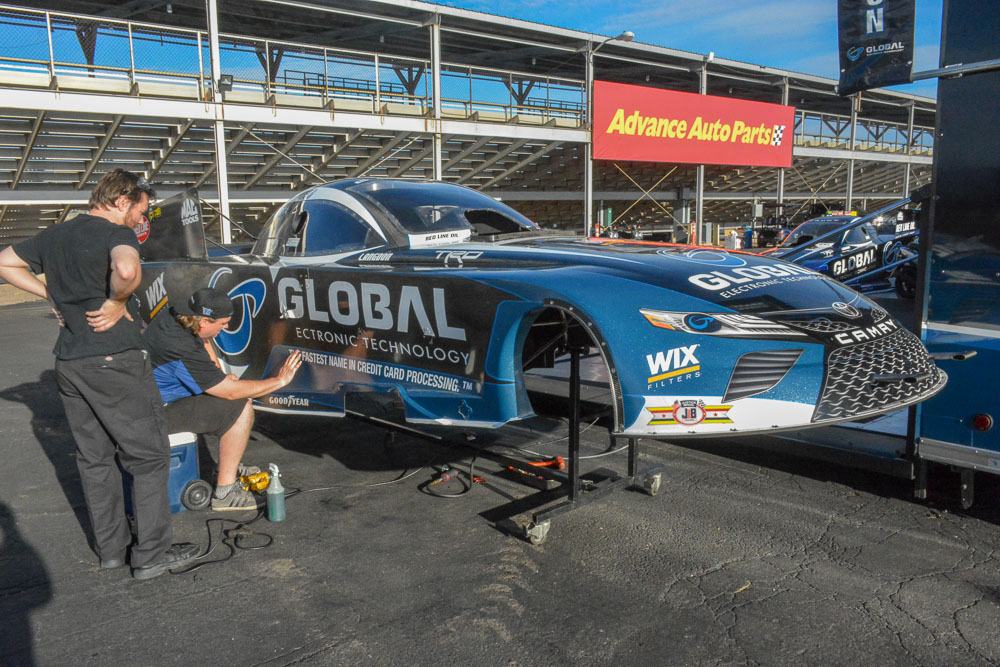 We’ll have coverage of the NHRA Mello Mello Phoenix event over the next couple of days here in BANGShift.com

BangShift Question Of The Day: What Are The Roughest Conditions You Have Ever Wrenched In? All The Wants: This 454ci Former Dodge NASCAR Engine Rules