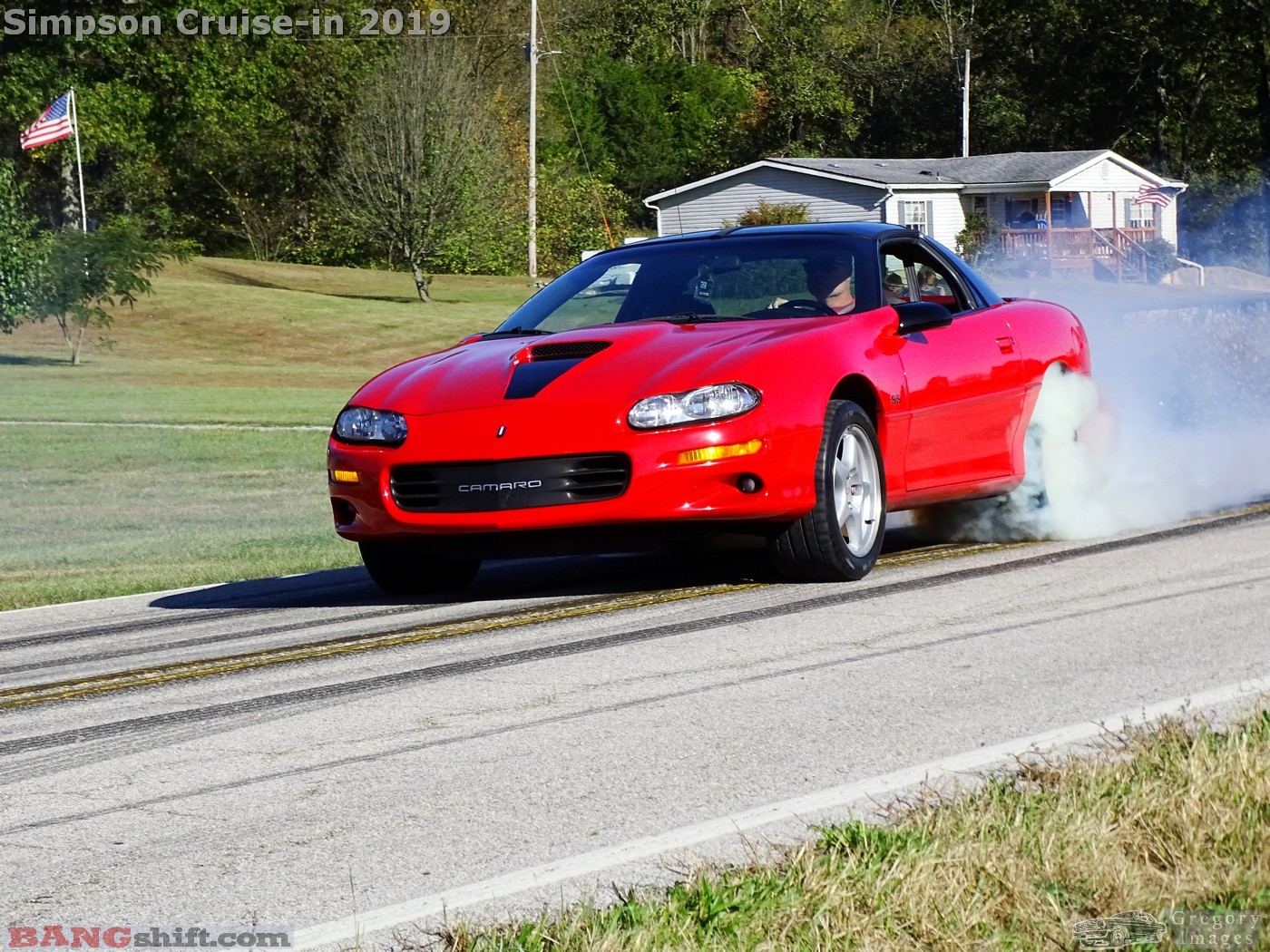 (Words and photos by Doug Gregory) – We hadn’t attended the Simpson family cruise-in for a few years so we made it a point to go this year.  This is a small and informal gathering that is typically late in the year and gives most of us one more excuse to go hangout with other gearheads.  The much anticipated displays of traction loss on this extremely slippery pavement was missing its normal ringleader because he had to work that weekend so his ride just sat quietly and appeared to pout.  I did miss photographing one particularly-large plume of rubber vapor as I’d found myself out of position when things began.  Some were quite timid when leaving having noticed the hazardous roadway on their arrival.  Others tested the surface a bit which brought smiles to the onlookers.  Then there were the few that threw caution to the wind and attempted to rapidly move forward on this stretch that clearly wasn’t going to allow even the most skilled driver with grippy tires proceed forward without extracting at least a few hundredths of an inch of rubber from the tires to keep for itself.  When all was said and done no one was hurt, all vehicles survived, and many memories were made.

What about us…?  We came prepared in an AWD vehicle so we were not susceptible to the risks encountered by others that day.  As for this photographic evidence proving the road is quite hazardous, please remember my photo-editing skills are near legendary and it would not be difficult for me to covertly add some effects to my shots in order to maximize their exposure on social media.  One thing I know for sure is I have no expectation this lane will afford any better traction at the 2020 event or beyond.  More than likely I’ll be there to chronicle the daredevils wishing to test their mettle as well as those who choose the safer path and tiptoe away gracefully.

Historical Footage: Follow The Build Of A 1955 Plymouth Belvedere With "Wishes On Wheels" Shop Tips Video: This Awesome Piece From The Guys At QA1 Shares Some Great Quick Tips From Their Shop