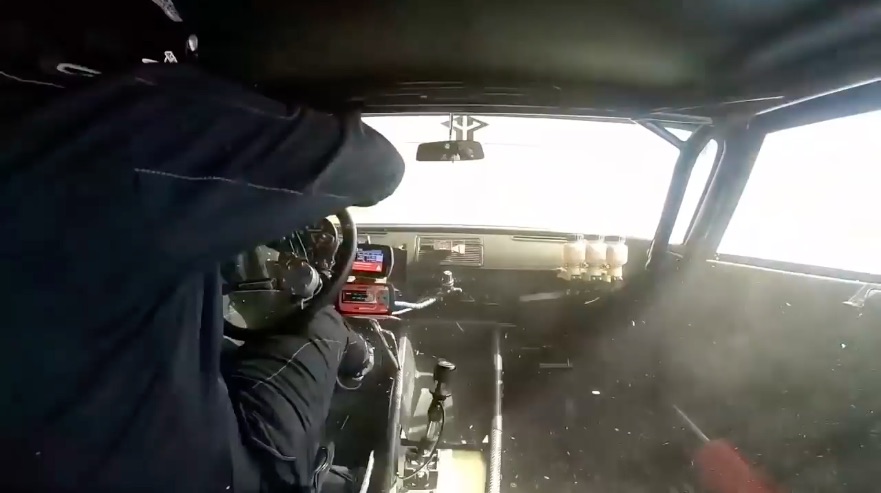 We have showed you videos previously of the awesome V8 Turbo Valiant which races in Argentina. Well, this stick shifted hellacious little car got banged up really bad recently and they had cameras ta the track and inside the car. The in-car footage of this wreck is stunning. The driver was OK but as you will see, he was either barely with it our out like a light before the cameras were shut off after this mess.

The run you are going to see takes place at the same drag strip we have seen them all made in this car. We know the driver’s name to be Marcelo Udabe but unfortunately we don’t know the name or location of the strip he is racing on. The place is pretty rustic and as you will see, there’s plenty of room to get into trouble. We are not being mean or negative here. These guys have a drag strip, they love it, and they use it. We cannot be more in favor of all that.

The car has a 400+ cubic inch LA small block with a single turbocharger on it. We have seen other videos and photos that show aluminum heads and good speed parts all over it. This thing is undoubtedly a hot number. It just had too much for the track and when a car gets sideways when it’s going this fast, the end of the movie is always bad.

This is no exception.

One thought on “Wild Video: Ride Along As This Turbocharged Mopar Small Block Powered Valiant Wrecks Hard In Argentina”