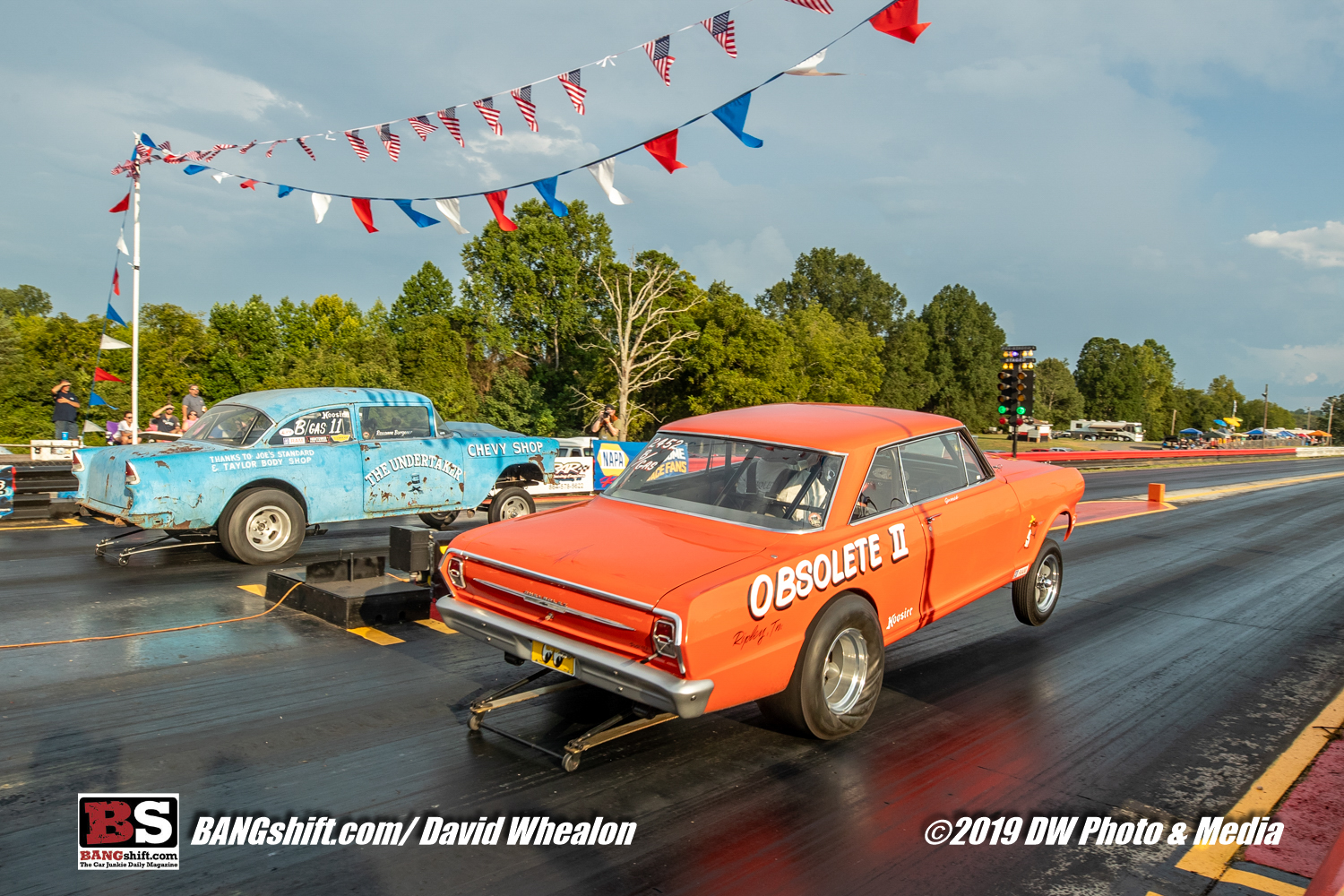 (Photos by David Whealon) – We’re back with a second load of images from the recent Southeast Gassers event at Mooresville Dragway and we know that you are going to dig them. David Whealon was his normally awesome and on-point self when grabbing this stuff. From burnouts to wheelies, dry hops, and everything in between, this is the type of old-school drag racing competition that people crave and love these days.

From the humblest of beginnings a few years ago, SEGA has become a hot commodity being booked into tracks all over the country and bringing their brand of high winding, unpredictable, eighth mile fun to the masses.

In short, this rules.

eBay Find: This 1975 Hurst/Olds Was The Best Selling Model Ever and This May Be The Nicest One Left NHRA Insider Podcast: Rant Time - Why The US Nationals Rule and Why NHRA Racers Need More Swagger