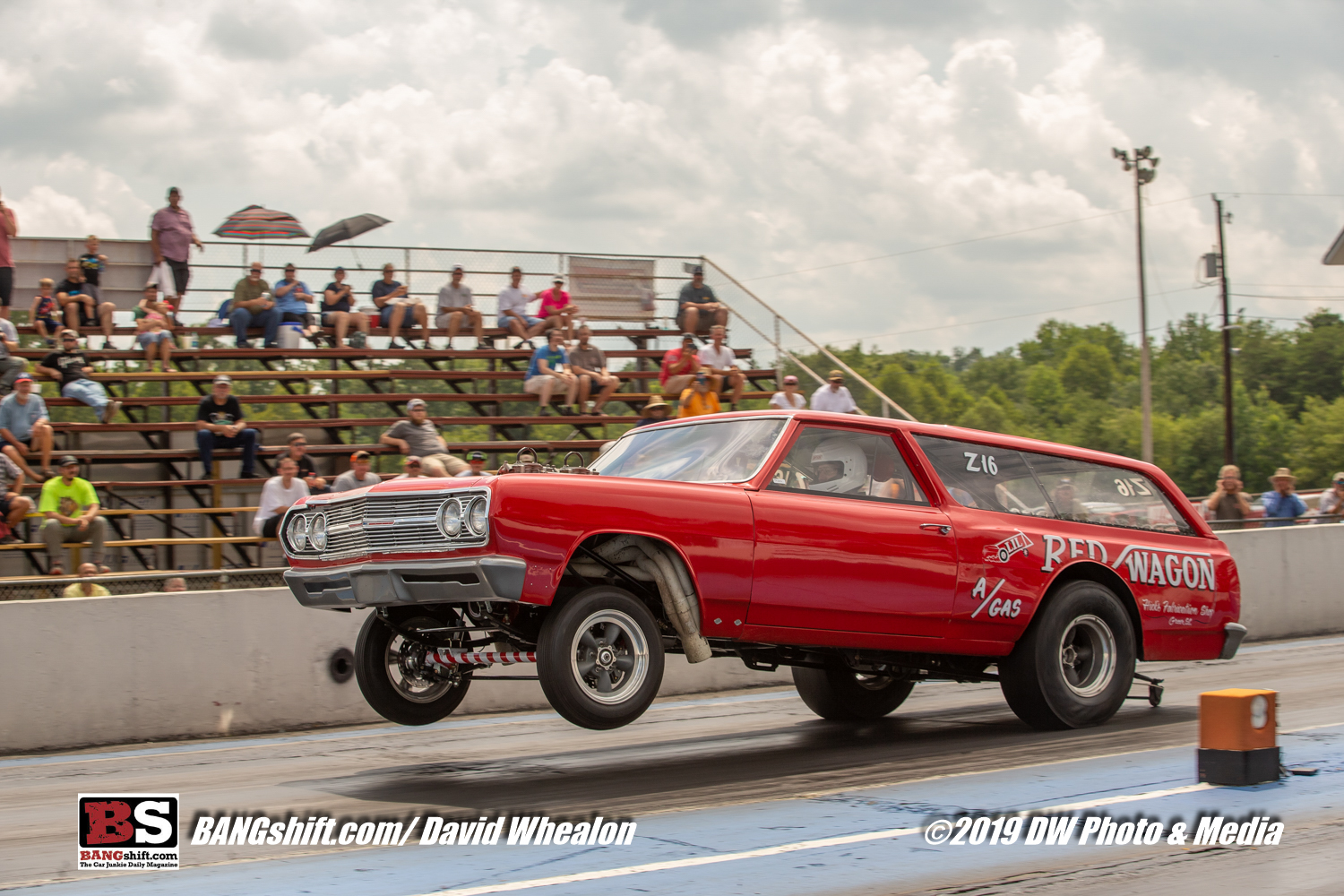 (Photos by David Whealon) – There are few drag racing series on Earth that can hold a candle to the action and fun that the Southeast Gassers Association bring to whatever track they show up at. This time they were at historic and awesome Piedmont Dragway. The track in North Carolina has been a hub of door slammer action down south for decades and continues to today.

David Whealon was at Piedmont during the most recent visit of the famed Southeast Gasser outfit where about 50 cars rip roared their way down the track in various shapes and sizes. The key element to this group is that the cars are built to old school specifications and are not allowed to utilize modern technology…anywhere. Quain Stott the legendary drag racer, pro mod champion, and car builder runs the series with a tight grip to keep it close to the roots that he established it on.

Between wheel stands, screaming small blocks, a tightly regulated tech department, and fans who are transported back in time, this is a series unlike any other in the country. Check out the images from David Whealon below and we’ll be back with more of them tomorrow.

Event Photo Gallery: Star City Motor Madness 2019 Was The Best One Yet! Killer Images 2019 ALS Cruising For A Cure Gallery: Fantastic Fords From The Formidable Festival Of Fun