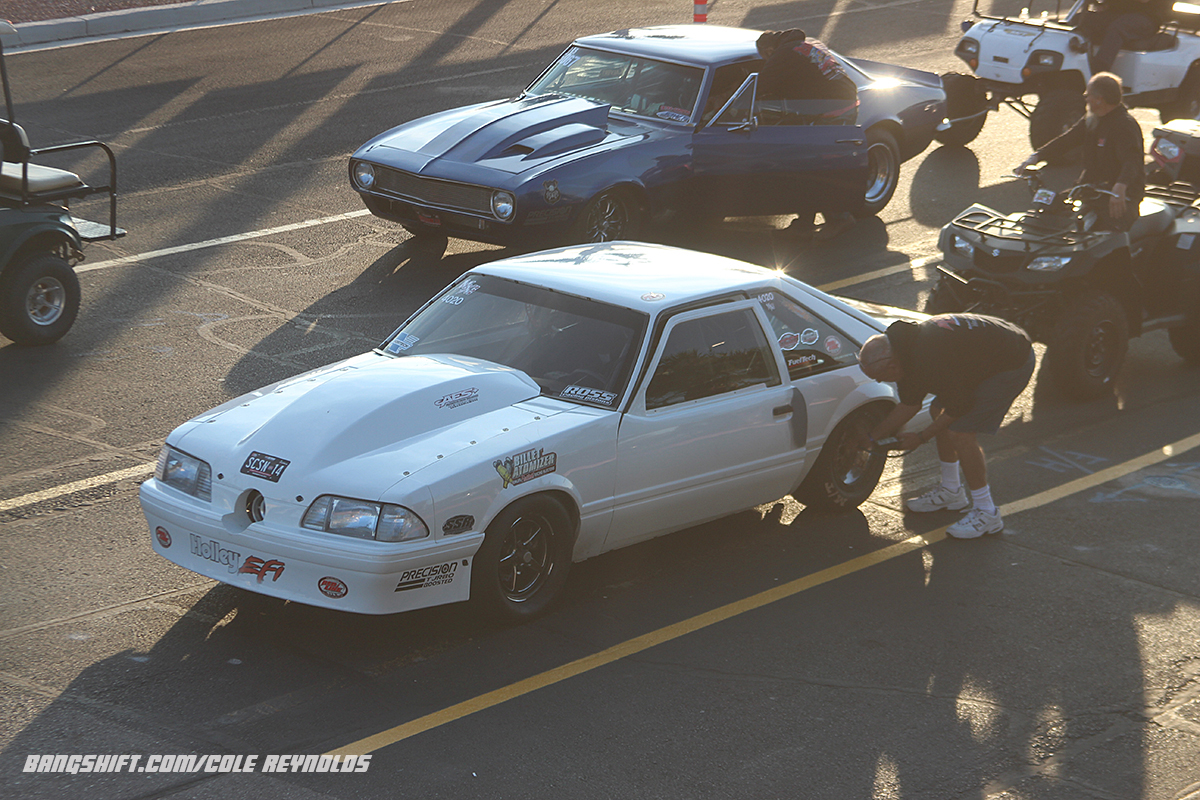 The sound of screaming engines at The Strip at Las Vegas Motor Speedway has subsided…Street Car Super Nationals 14 is over and done, and Chad and Cole are back at home getting some much-needed rest after busting their humps all weekend bringing you as much content as they could churn out. SCSN is an ass-kicker of an event to work because the PSCA knows how to get the cars in and the drivers willing to come around, lap after lap, for another chance at some of that sweet, sweet prize money. It’s Vegas, baby…surely, towards the end of the year, it’s worth risking a bit to see if you can take home a nice wad of bills, isn’t it? Several drivers gave it their best shot, including Dave Murray, whose Fox Mustang went on one of the wildest rides we’ve seen in recent memory. His car went sky-high and at one point was all-four off and flying down the strip on it’s side before making contact. Murray came out of the wreck unscathed, mercifully. That’s how committed these drivers were to putting their best effort out for all to see. Get a bye run to the next round? Nah, eff that…take the tree, boost on your own time and try to knock out a new record in the cold air! That’s the kind of racing that SCSN 14 brought out and if you caught the live video we brought you, you got to see all of that go down!

We have plenty more galleries from Cole Reynolds’ camera to bring you, so be sure to check back in for more SCSN coverage. In the meantime, here’s his pit walk-through from Saturday morning at The Strip at Las Vegas Motor Speedway! 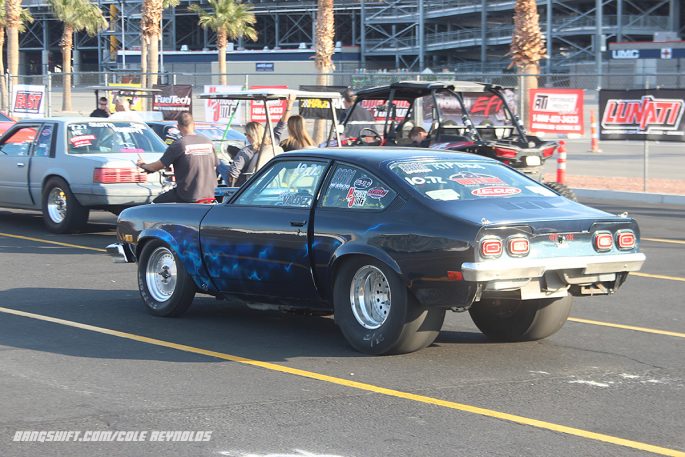 If you missed our last gallery from SCSN 14, be sure to CLICK HERE to check it out!