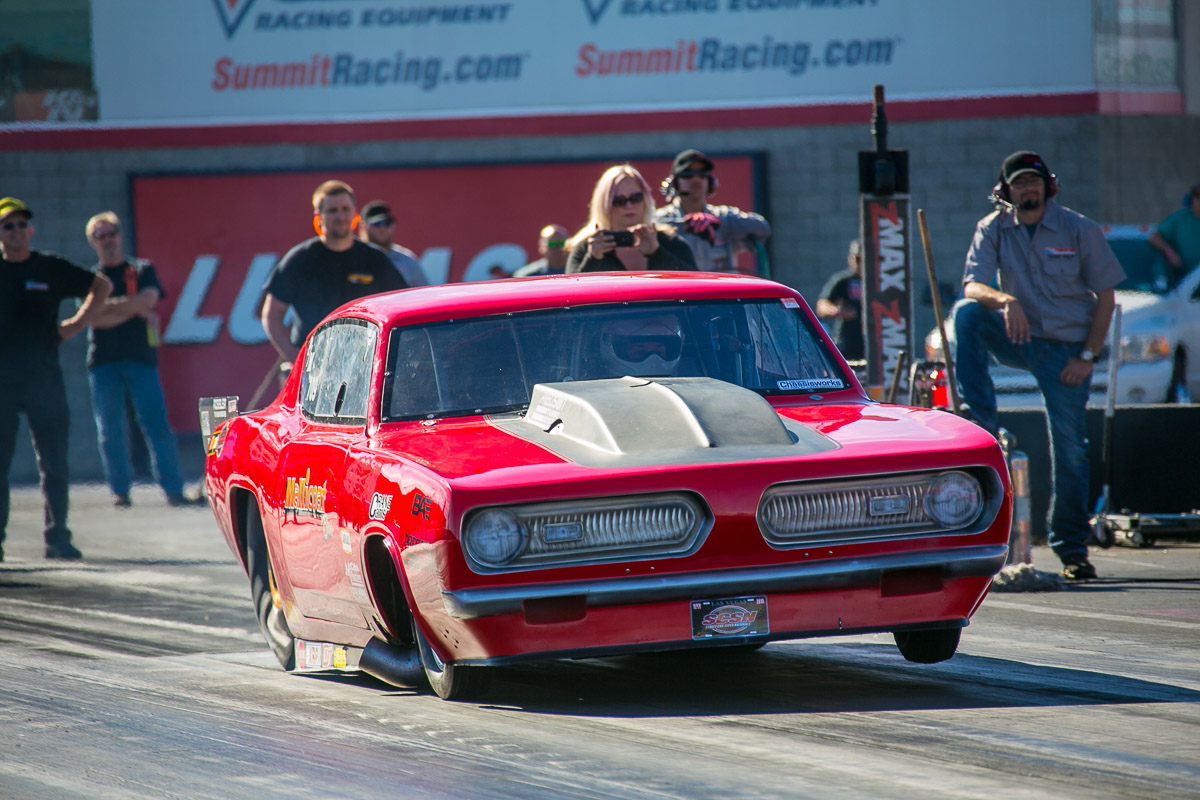 Last Sunday was quite literally the longest day I have ever spent at a drag strip. I cannot speak for Chad but it has to be in his top five. Why? We were there for 19 hours. Between the time we setup and the time we tore our scaffolding down, it was almost a “full pull” at Las Vegas Motor Speedway. The images you see here were blasted at some point last weekend and we’re not 100% sure if they were captured on Saturday, Sunday, or Monday but you get the point. There were a multitude of classes, like a dozen that were contested during the 2015 Street Car Super Nationals and many of them are shown here.

The racers who make up those classes are an amazing group as well. From the Mallicoat Brothers who field the Barracuda in the lead image and have run turbocharged drag racing cars for the better part of half a century to guys who have barely gotten their ears wet in drag racing but will have long and prosperous careers. We were all “in it” together last weekend in Vegas and I’m not sure anyone will ever forget it…especially Sunday!