Superskids From Gazzanats – Repaving The Road, One Car At A Time

Mar 04, 2019Bryan McTaggart1320 Videos, BangShift 1320, RACING & ACTION, VideosComments Off on Superskids From Gazzanats – Repaving The Road, One Car At A Time 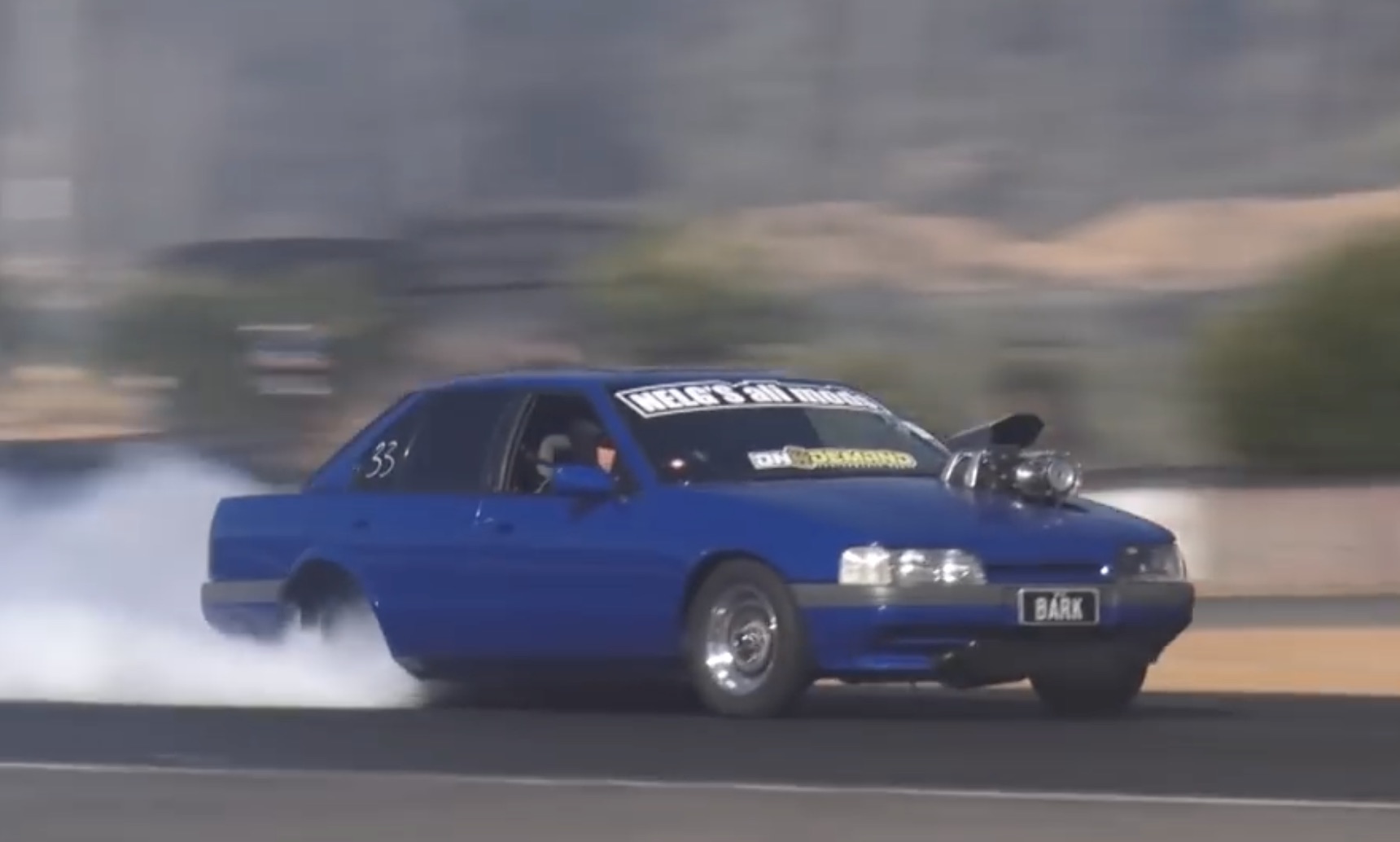 Have you ever heard someone’s driving described as being like that of an angry teenager in an abandoned parking lot? You better believe I have…primarily while I was being chewed a brand new one in the office of the vice-principal of the school I attended in Colorado after I “allegedly” made the right turn out of the parking lot and the immediate right turn onto the street that ran out towards the boulevard a simple, seamless maneuver that involved more than my fair share of tire smoke. I tried to plead it off as youthful exuberance. They countered with reckless endangerment and threatened to call my parents. Wouldn’t have done them a lick of good, but I was still banished to street-parking my car for the remainder of my time there. Oh, well.

Call it childish, immature, wasteful, I don’t care, but there is something supremely satisfying about just hazing the holy hell out of the tires in motion. The Monte Carlo I drove back then did an admirable job for a 180 horsepower 305, but it wasn’t going to keep the rear tires lit. That award, at the time of writing, goes to the old ’73 Chevelle I owned, which if properly provoked would keep the rears smoldering like the remains of a forest fire until you either chickened out or the small-block spit a rod…and that engine was just fine when I sold the remains of the car off. The goal was always to keep the rears burning for distance. No, it’s not legal. No, it’s actually pretty stupid in the long run. But it’s fun, I did it, and every now and then I get the urge to do it again.

At least the drivers in this collection of tire-fryers are doing it legally…and they are putting on a far better show than I ever dreamed of. Happiness is making your pet monster look like a Space Shuttle launching off of the pad and into orbit!

Crazy Close: Watch Sidnei Frigo and Jose Gonzales Run IDENTICAL Speeds and Elapsed Times On The Same Pass! Money No Object: 1978 International Scout II - As Good As They Get!