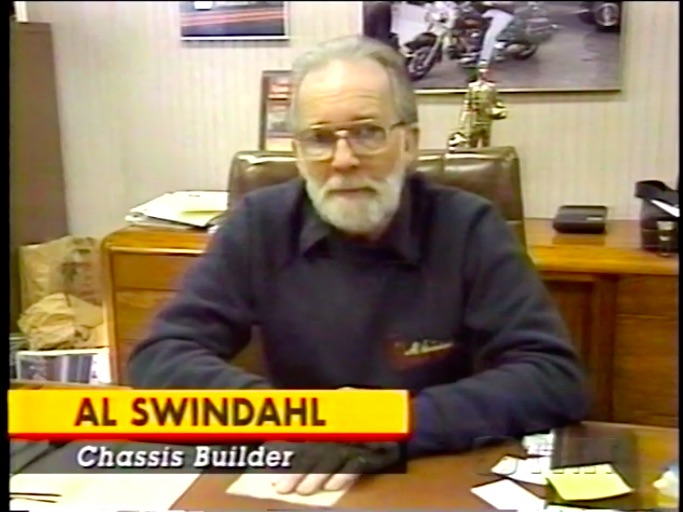 There are names in drag racing that have had massive impact. We all know the Don Garlits’ of the world, we all know the Bob Glidden types of the world but what about the guys who made the cars that these legends drove and competed in? Al Swindahl can be called one of, if not the most influential modern top fuel chassis builder. By modern, we mean constructors of the cars as we see them today. Swindahl’s designs are largely employed by other chassis builders today and some of the theories he employed to develop the car have become the industry standard. Back about 30 years ago, Swindahl came up with a unique design that was intended to help top fuel teams keep their cars on the track and even make them more tunable for different conditions. The idea? A three piece bolt together chassis.

The center section was fixed but the front end and the rear section behind the driver were bolt on. This was an era where no one ran wheelie bars so cars would often stand up on their rear tires and come flopping down back to Earth, and the result of that was a bent chassis. This required the car to be sent back to a chassis shop and fixed, killing time, and perhaps costing team races. Now you could stock a couple of front ends and make your repairs right there in the trailer! The back section of the car was bolt on and could be swapped out if you wanted to change the location of the engine depending on track conditions, or if you simply wanted to “back half” the car after a set number of runs.

Swindahl’s chassis were what all the premier cars of this era used. Other builders like Brad Hadman also had great cars and ideas but as you’ll see Swindahl had a booming business with loads of cars under construction on jigs in his shop. This is a neat little piece of old school tech.

Boost Your Beemer With Confidence: MAHLE Motorsport Adds Options to Boost BMW Power with PowerPak Pistons for the 5.0L V10 B50 or S85 Engine  Blue Oval Roar: Ride In This 5.4L Mk7 Ford GT As It Hammers Around Daytona Swallowing Porsches

3 thoughts on “Old School Chassis Tech: This Video From 30 Years Ago Shows The Al Swindahl Bolt Together Top Fuel Chassis”