The Dentist Treatment: Fogging Out A Mustang With Nitrous! 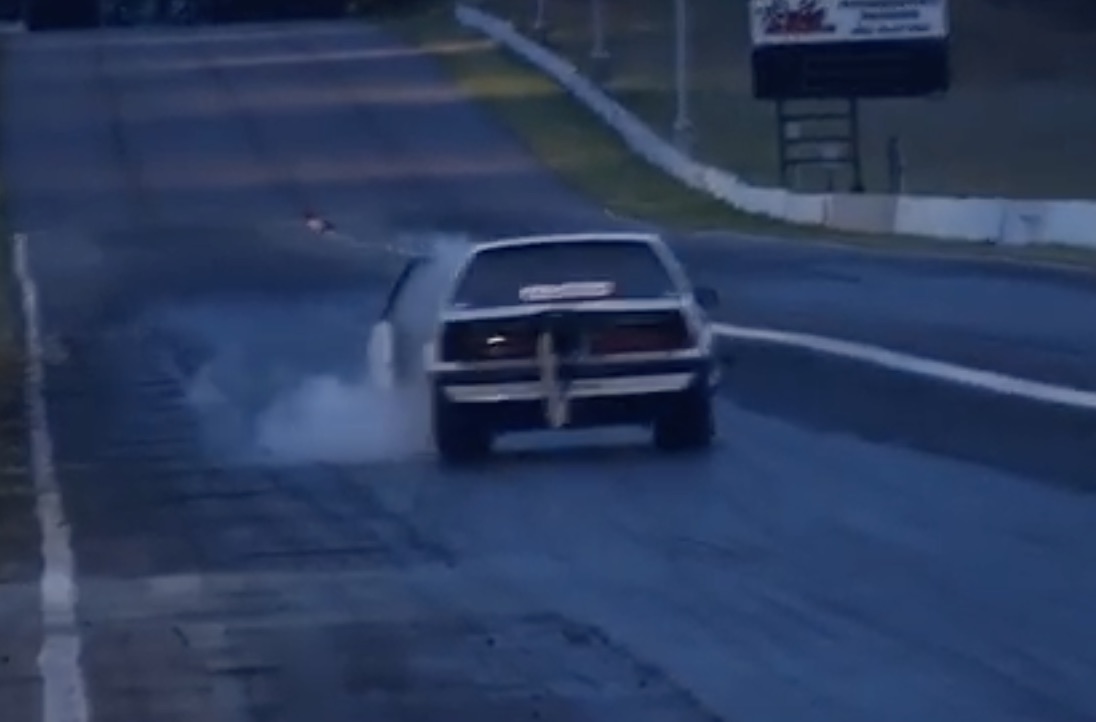 I have never played with nitrous. For that matter, I’ve only been in one car ever that was on the bottle, and when the driver wanted to show off the fun the blue bottle of happiness provided, the damp roadways of Western Washington quickly reminded him that in a New Edge Mustang, that was going to be a bad, bad call. I know that nitrous works…I see it every race I’m at. The purging is cool, the scream at the top end of the track is always great. But there’s the dark side to nitrous as well. The explosions, the fires, the engines that weren’t ready for you to send that much spray down the throat sending parts out to the winds. I’ve got a turbocharged car now and I’ve had a supercharged car in my past. I’ll take the good or bad with those two before I plug in a bottle, I think.

Why? Well, let’s look at what could’ve been here. This Fox body is huffing plenty of juice when something in the line fails inside of the car. Maybe the bottle over-pressurized and the seal let go to let gas escape. Maybe the gauge failed and became the world’s largest nitrous jet. Whatever happened, the moment I start hearing a loud hissing noise and I’m surrounded with a foggy gas, I’m doing like this dude did: standing on the brake until the car is stopped, then I’m going to be out of the car and over that barrier before things go from bad to worse!

Classic YouTube: 1973 Southern 500 at Darlington Urchfab Tears Down The CB550: What Will Come Of This Cool Little Project?

One thought on “The Dentist Treatment: Fogging Out A Mustang With Nitrous!”