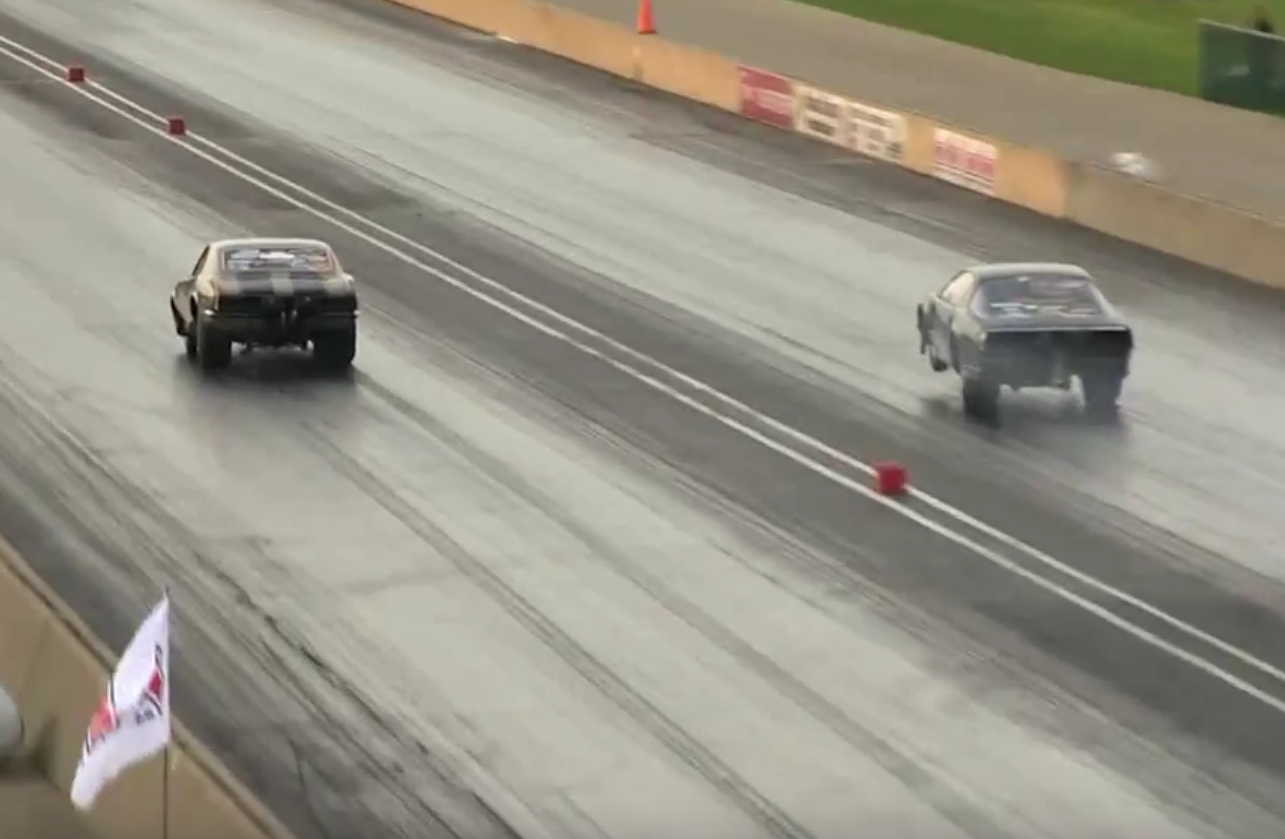 THIS is why small tire/radial drag racing is so electrifying. This run will show you all that you need to know about this genre of the sport if your are unfamiliar with it. The competitors are DeWayne Mills and Frank Mewshaw. Mills is driving his famed “Golden Gorilla” Camaro and Mewshaw is in his third-generation Pontiac Firebird. Both men are competing in the Mickey Thompson Radial Wars class at the 14th NMCA World Street Finals at Summit Racing Equipment Motorsports Park. Mills is one of the best radial racers ever and Mewshaw is also a hitter who is in contention for the class championship in 2015.

What you are looking at are two cars that make THOUSANDS of horsepower, tuned to hook it on the proverbial head of a pin and both of them nearly do it. I say nearly because only one does successfully and that is Mills. His Camaro launches like a rocket, sixty-footing in the low one-teens and then just sets down the rolls like there is a rocket strapped to the roof. Mewshaw hooks so hard that the car is literally hovering the nose for the majority of the 66ft run and it really starts to climb as it approaches the traps. This video is awesome because you can see both cars doing their thing. Mills just marching down the strip and Mewshaw with a Firebird that is literally trying to become an airplane. The best of both drag racing worlds if you are a fan. The ultimate performance and the ultimate show all in one package that lasts about four seconds. It was amazing and it stands as one of the top five runs I have ever seen. That is saying something because that list has all but been rewritten over the last couple of weeks.

What an amazing time to be a drag racing fan. Mills becomes like the second or third person to touch 200 with this style of car in the eighth mile and it came on a qualifying run after he had repeatedly run 197 in testing earlier in the day. Mewshaw need the points any way he can get them in qualifying but with that mark being set by Mills, everyone is going to be shooting for the moon to catch him.

If you don’t “get” radial or small tire racing watch this. If you still don’t understand, pick up a hobby like underwater basket weaving because all of this is lost on you.

Ebay Find: This "1971 'Cuda" Conversion Isn't All That It's Cracked Up To Be, And Leaves Us With More Questions Than Answers Watch This Wild Wheelstand From The Street Car SuperNationals St Louis! Did You See It LIVE Last Night? Watch LIVE Tonight!