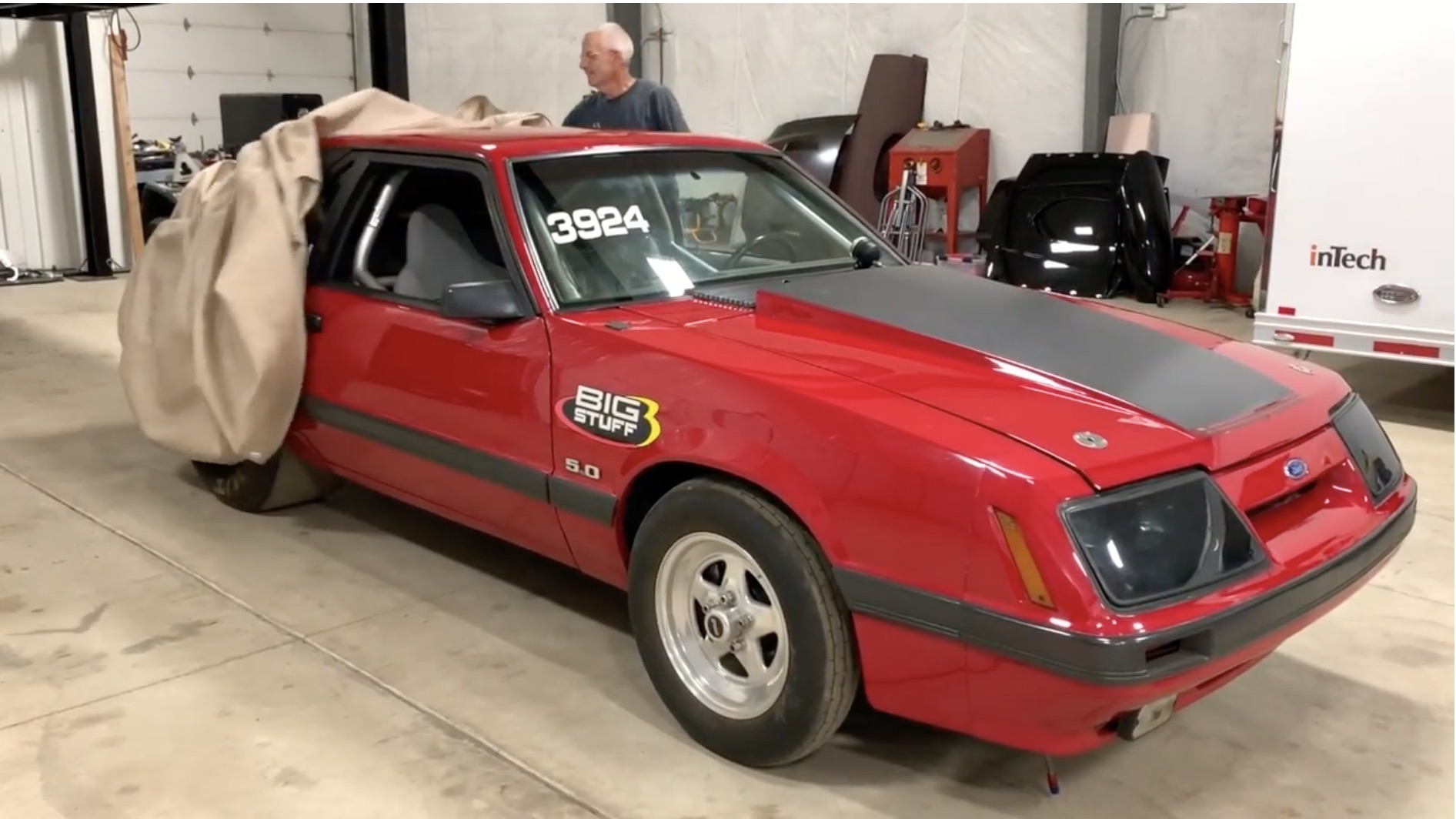 This red 1986 Ford Mustang GT isn’t Genesis, but it is an instrumental car that led the charge into the 5.0L Fox Mustang performance era. While many were focused on 1987-and-newer machines, Brian Wolfe’s red hatchback was a true leader. Purchased as a gift to himself after he graduated with his Masters’ degree in engineering and over the course of the next few years, the car got faster and faster. We’re talking 12.40s with minimal work at the start, then the 11-second range, the tens, and finally the nines in naturally-aspirated form and the eights with spray. Working as an engineer at Ford at the time, he also got to play around with some of the good parts that came out of Ford Motorsport, like the GT-40 heads, the GT-40 intake, and the EPEC piggyback computer controller that added on to the EEC-IV brain box already on the car. During it’s heyday, this was one bad mother, but by 1999 the car was parked.

Pro 5.0, the class that Wolfe’s car was a contender in, is now well past this car’s prime. It’s more-or-less a street car that has a cage installed and is capable of moving out just fine thanks to a small Ford that is more or less as it was back in the 1990s. The nitrous system is no longer used and the back-halved suspension remains, but overall, it should stay that way.

Historical Video: This Documentary Shows The Debut Of The Porsche 917 In Can-Am At Mosport In 1972 This 630hp Pontiac 428 Is A Rip Roaring Example Of Tin Indian Horsepower!