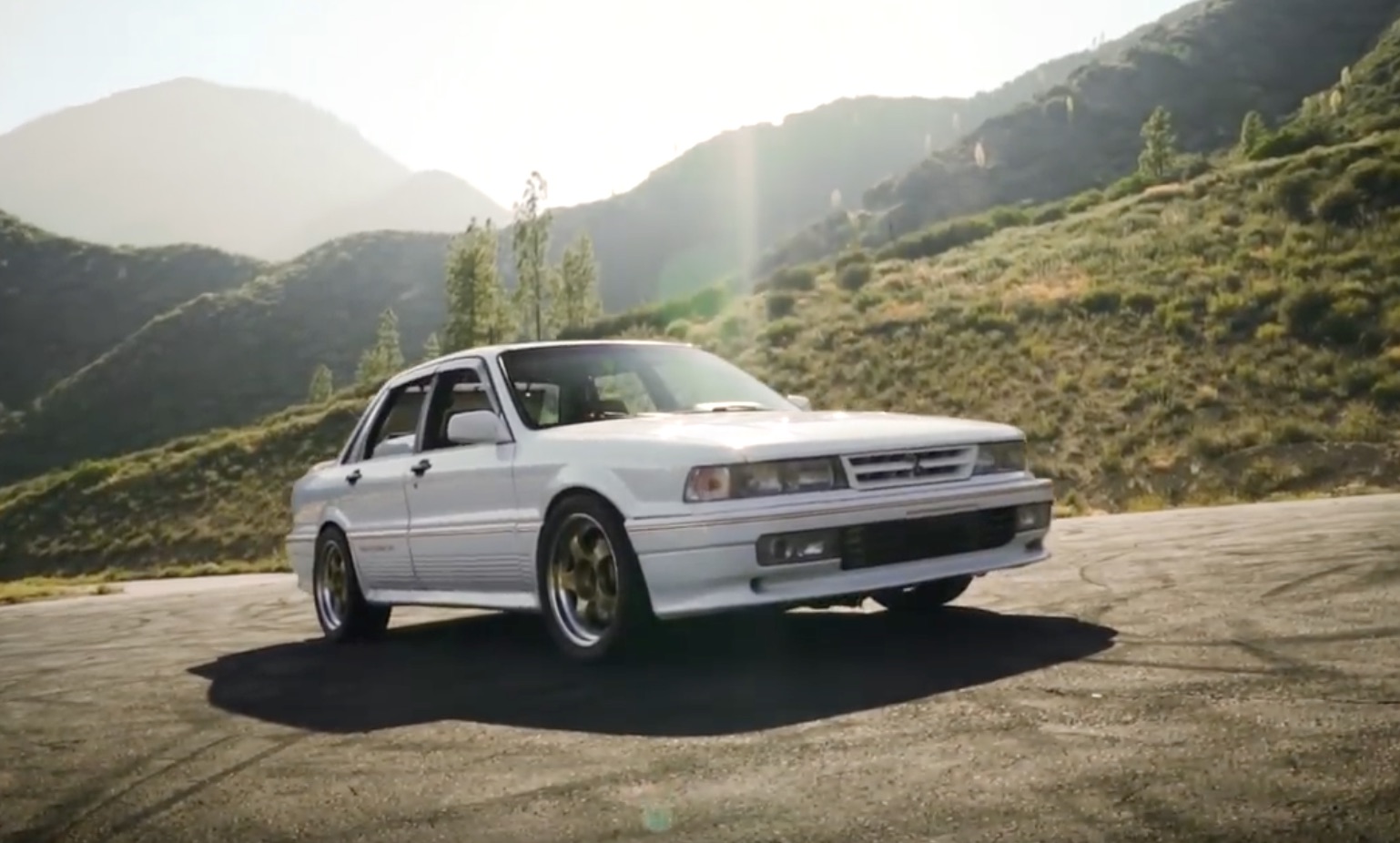 There is no doubt that the 1990s was Mitsubishi’s time to shine. After coming off of the 1980s, the Starion, and the successes of the Pajero in racing, they had the DSM cars that were co-built with help from Chrysler via the Diamond Star Motors partnership, they had the near-supercar 3000GT/GTO, and then they had this, the Galant VR-4. Not a bad way to go. But wait…you don’t remember the Galant VR-4, do you? Here’s the short explanation: After a potential Group B variation of the Starion was axed when Group B was dropped, the underpinnings from the mules were moved to the Galant platform and the car was homologated for Group A. First appearing in 1989, the Galant VR-4 ran the 4G63 dual overhead cam 2.0L four and had grunt to go…but in short order, Mitsubishi figured out what others were learning: a smaller car was the way to go in rally racing. Subaru had swapped the Legacy for the Impreza, for example, and others like Toyota followed suit.

In some eyes, this is the origin of the Evolution. In reality, it’s not…the Evo models started the moment Mitsubishi threw the four-wheel-drive system and the 4G63 into the 1992 Lancer. The Lancer is a small, spartan little thing…the Lancer, on the other hand, was a mid-size sedan that would move out. This was a Camry competitor…and it had the heartbeat of an Eclipse and the four-wheel-drive of an Evolution. That’s not rice, that’s just good.

One thought on “Under The Radar: Mitsubishi’s Forgotten AWD Turbo Terror, The Galant VR-4!”