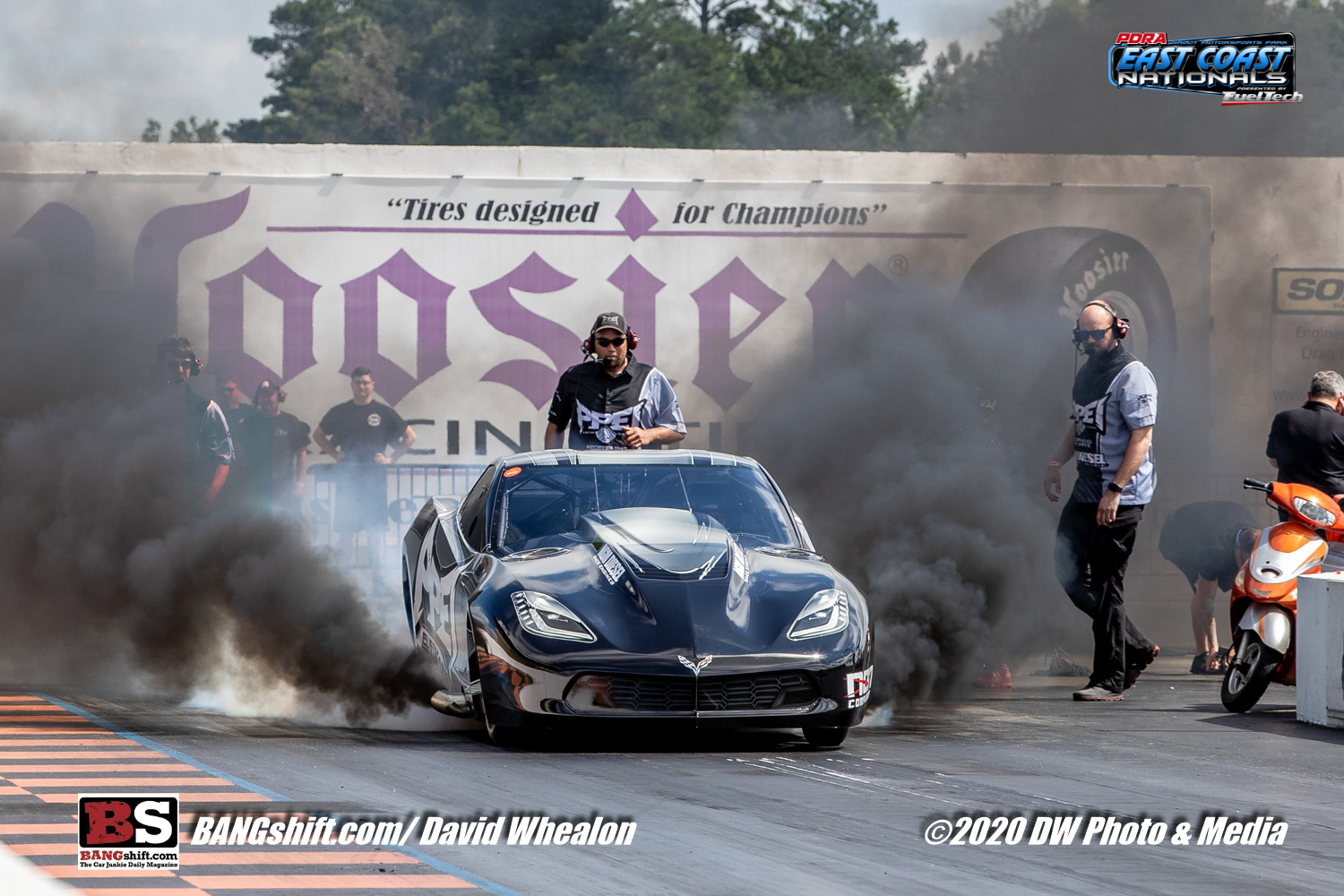 (By David Whealon) – The 2020 PDRA drag racing season got started a few short weeks ago at the East Coast Nationals which were held on the grounds of GALOT Motorsports Park. The race, which was held without fan access due to local laws and regulations was a smashing success. PDRA staff worked hard to battle the weather and to handle their huge car counts. They did both successfully and the race was finished on Sunday (a day later than planned) but it was completed successfully.

As is the normal case with PDRA racing, the Lucas Oil Top Sportsman and Lucas Oil Top Dragster fields were massive. Both classes sported more than five dozen entries trying to qualify for the 16-car Elite field and the 48 car eliminator which are both contested concurrently. Pro Boost and Pro Nitrous entires were strong as was the Extreme Pro Stock category that houses the big 830+ cubic inch naturally aspirated rumblers that drag racing fans have loved for a long time.

We have two galleries of photos heading you way, here’s the first. You’ll see a great cross section of people and cars in this one and we’ll be back with another tomorrow. We’re excited to tell you that we’ll be on the grounds of the PDRA Carolina Showdown this weekend in Darlington. It promises to be awesome!

Morning Symphony: Going, Going, And Gone For This Fox-Body Mustang! The Tiny Details: The Skid Factory Sort Out The 20-Valve Head In Their MR2 Project!