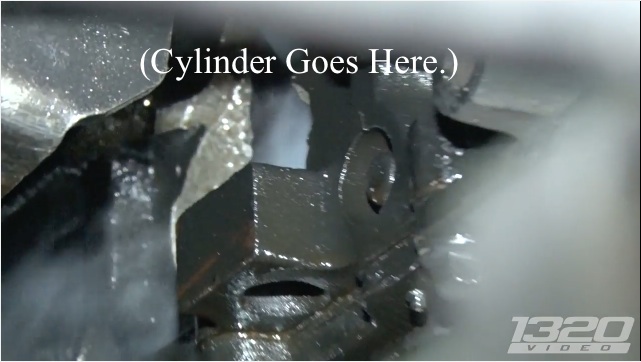 “Two motors in two weeks. That’s gotta be a f***ing record.” It isn’t the record anybody wants to have, but it happened: Shortly after popping the original junkyard LS motor, the LSX Willys sent another GM block straight to the graveyard in fine fashion at Street Car Takeover in Oklahoma. Justin Miller, the Willys’ owner, had just dumped this engine in between the frame rails and knew coming out to the track that there was a sticky lifter, but he couldn’t resist making a couple of passes. Given how much nitrous this monster is known to consume, it was only a matter of time before some kind of anomaly permanently cured the block of any positive crankcase pressure. The block exploded hard enough that even Cleetus McFarland was providing a final salute. Miller looks like he’s had enough of time-bomb motors for the time being, but we are willing to bet that in short order another junkyard Silverado is going to give up the ghost so the Willys can ride again.

5 thoughts on “Third Time Isn’t The Charm! Watch As The LSX Willys Windows Another LS Block!”