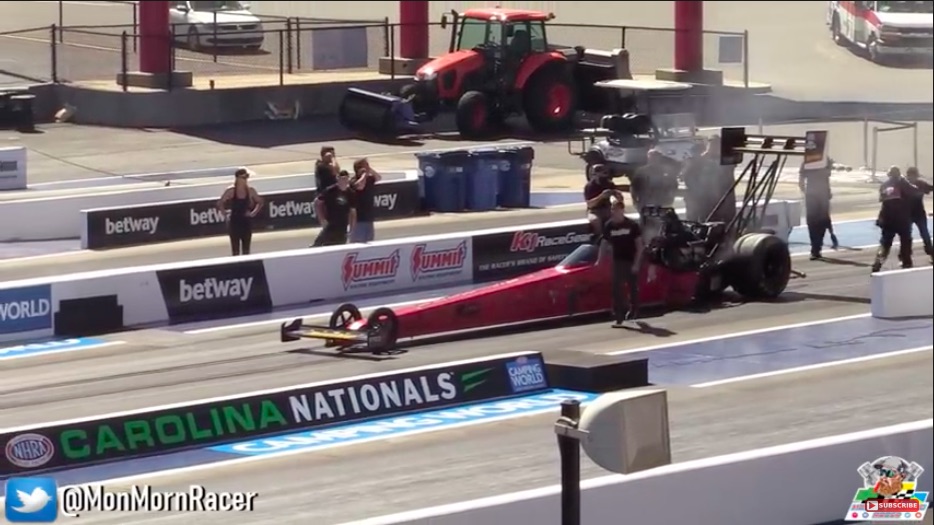 From rally cars to stock cars, to jumping out of airplanes with no parachute, Travis Pastrana had kind of done it all before yesterday. And then he added nitro. Pastrana who has long talked about wanting to experience a top fuel dragster, finally got the shot at zMax Dragway because of Scott Palmer’s awesomeness and Alex Laughlin’s guile to get him into the car in the first place.

Pastrana got into the track late Sunday evening and the tutorial began there. Monday morning saw them simulating the staging procedure with a rental car and walking through how a run would go. By mid-day he was in the car and ready to make things happen. As you will see here, there was a bauble or two. Most notably hitting the gas when the car was still in reverse. Thankfully the burnout throttle stop was still on and no one was behind the car.

All-in-all it seemed to go solidly and as you will hear in his interview, he had a great time. Pastrana has said in the last few days that he has no plans to become a top fuel racer per-se but those things can certainly change on a dime when an experience like this takes place. It would sure be amazing to have him as a competitor, even part time, in NHRA drag racing.

Now that he has dropped the hammer once, we’re willing to bet that there’s a lot more nitro to be burned in this guy’s future.

Fluffy’s 1969 Chevelle SS Featured: Comedian Gabriel Iglesias Went To Barrett Jackson To Sell Cars, And Ended Up With A New One The Bad Old Days: This Look At The 1989 Cadillac STS Will Leave You Wondering How They Survived