Travis Pastrana Gets Behind The Wheel Of An 11,000 Horsepower NHRA Top Fuel Dragster 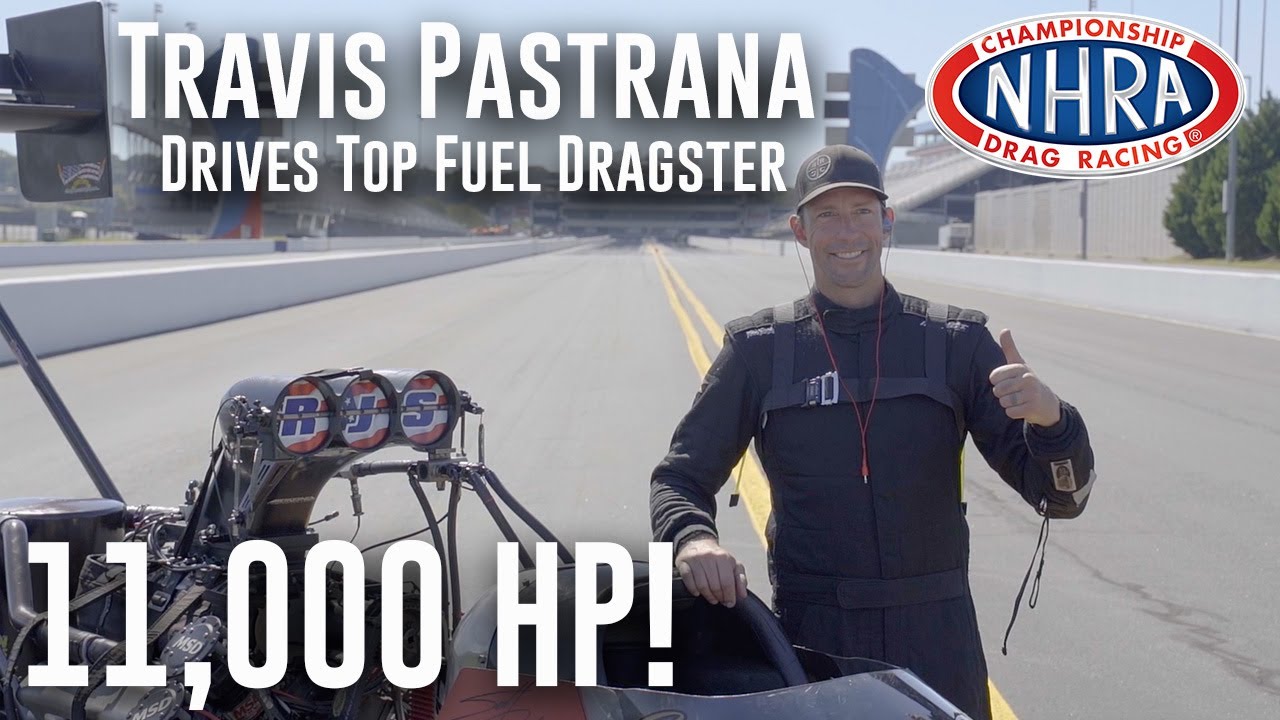 We already showed you one video from Pastrana’s adventure in Top Fuel, but there are several others as well. This one, produced by the NHRA themselves, is a pretty cool look at what went on and how during these few hours. Make no mistake, Travis wasn’t coming to Scott Palmer Racing to get licensed so he could become the next professional top fuel racer, but when Top Fuel driver Alex Laughlin told Travis that he really needed to taste some Nitro if he was going to call his group the Nitro Circus, Travis took the bait.

When you consider that Travis has little or no experience in a car going straight, and has only been on a dragstrip one time before, this is a serious leap. And while he’s ridden or driven a ton of killer machines, he’s never been 200 mph and that happens in a Top Fuel car in about 2 seconds.

And while Travis only drove down the track for about that long, because there was no plan to have him drive all the way down the track on his first hit, he still experienced the insane acceleration that starts with the first hit of the throttle.

One thought on “Travis Pastrana Gets Behind The Wheel Of An 11,000 Horsepower NHRA Top Fuel Dragster”