Hydrazine Video: This US Air Force Film Talks About The Dangers Of Drag Racing’s Most Exotic Fuel – Unreal! 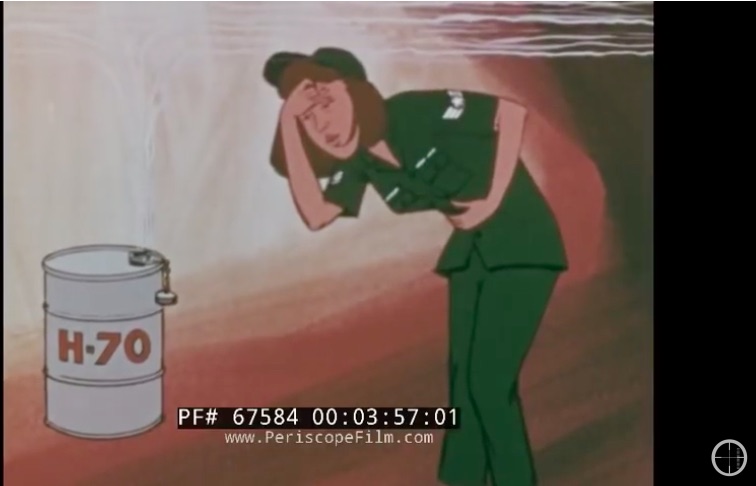 We all know the stories about hydrazine and drag racing. The hypergolic monopropellant used in rockets was used by hot rodders in the 1960s to spice up the nitromethane they were using in their engines. It was gotten in strange ways, it was used by guys who really didn’t fully understand what they were dealing with, and it was transported around in pickup trucks and station wagons across the nation. We’ll never know exactly how widespread hydrazine use was. Old guys like to embellish stories as we all know but the reality is that it did get used and after watching this video you’ll see how freakishly nasty the junk is.

No, the video below has nothing to do with drag racing but it is the best thing we have ever watched on hydrazine because it goes into some of what it is and a lot of how it should be properly handled, how it can mess you up, and why it is used.

In this case, the video is centered around the then new F-16 fighter jet. No, the F-16 did not run on hydrazine but it had an emergency power unit that did. The EPU had a tank about the size of a CO2 tank that was filled with hydrazine and water which would power the EPU and allow the pilot to get the plane down safely. Because the tank was on the plane it would have to be refilled, serviced, and otherwise dealt with.

The Air Force did not do anything to take the edge off of the dangers of hydrazine from its smell, to what happens if you touch it, to the things it will mess up in your body. This was definitely designed to get the point across that this is really nasty stuff.

Watch this and then think about a guy in flip-flops, cigarette in mouth, dumping some test tubes of hydrazine into the fuel tank of a running top fuel slingshot. Incredible.

Press play to see this awesome Air Force video about hydrazine and its dangers!

The Lombard Steam Log Hauler History And Video Of A Restored Beast Operating! Here Are Some Of Our Favorite Black Friday Sales: Save Big On What You Want And Need!