A Window Into History: This Video From 1966 At New England Dragway Shows Off Two Infamous Funny Cars 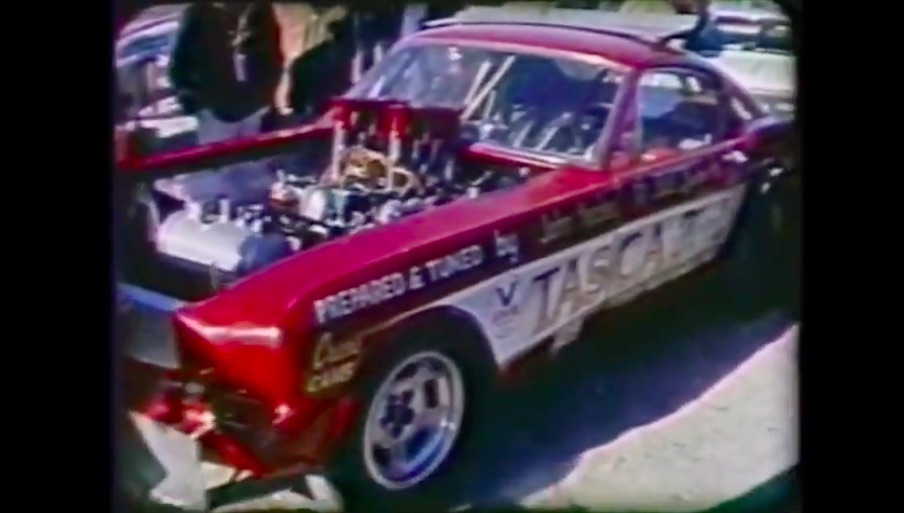 This is a cool video for a bunch of reasons. The first  is that it was shot at New England Dragway at one of the first “big” events they had at the facility during the short opening “season” that it had in 1966. We say short because the track opened September 11, 1966 and in New Hampshire that means winter is already getting close. We know that this was shot in 1966 because of the two most famous cars that are pictured in the film. The first is the wild Corvette of Dave Strickler who hauled up from Pennsylvania to compete and the other is the Mustang of Tasca Ford in Rhode Island.

The Strickler car was running an injected big block Chevy on nitromethane and the Mustang was running an injected Ford cammer on the same bad ass fuel. There was a major difference, though. The Corvette was basically a homebuilt project that Strickler hated and claimed was a death trap. The Mustang had been scienced out by Ford and constructed professionally before the Tasca boys got their mitts on it to finish construction, build engines, and take the fight to everyone else.

We love the on track action here, but the real gold in this footage is the stuff captured in the pits, in and around the cars. The Tasca team had to have been enough to encourage the awe of young fans who had previously likely never seen the car outside of a magazine photo. The professionally attired crew, neat as a pin look, and overall attitude they exude certainly let everyone know that they were not playing around. By contrast, Strickler’s operation seems more humble, more modest, and frankly more homey than the crew surrounding the Ford.

Press play below to see this footage from New England Dragway

Here Comes The Boost: Here's A Review Of The (Then) Newly Turbocharged 1992 K2500 Diesel Let's Get Weird: This Video Looks At The Strangest Concept Cars Of The 1980s