Larger Than Life: This Video Profile Of Al Teague As Well As The Joint Venture Truck Is Neat Bonneville History 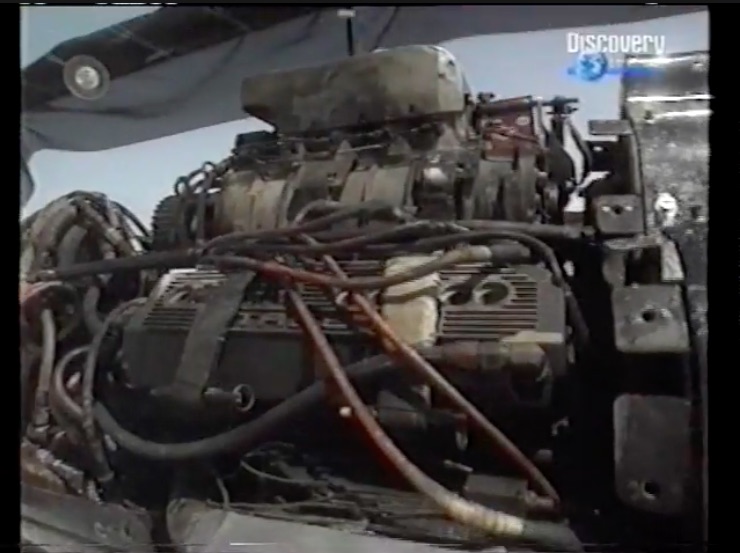 Yeah, we know. Al Teague had nothing to do with the Joint Venture big rig that has been roaring up and down the Bonneville Salt Flats for years. This video was made as a segment for the old Discovery Channel show Extreme Machines. What we’re guessing happened here is (as you’ll see) the whole thing was to be built around Teague, who, as one of the greatest land speed racers of all time, went blazingly fast on a tiny budget. Hell, just look at the pickup and open trailer setup he hauled the ‘liner on!

The car is shown and described in generalized terms for what we’re guessing Discovery figured with a technically light weight audience. No problems there, actually. There are cool shots of the car, of it coming to the slat flats and ultimately on the salt. Unfortuantely for Al, he suffers a big fire and the engine is fried. Having been around the world of TV enough now, I know the producers were likely freaking out until they saw the behemoth that is Joint Venture and they quickly shifted gears.

The whole thing works but we’re guessing that not one person on that crew arrived at Bonneville with any intention of profiling the truck. Tough luck for Al but a big break for the Joint Venture team.

Press play below to see this cool profile on Al Teague and the Join Venture truck!

One thought on “Larger Than Life: This Video Profile Of Al Teague As Well As The Joint Venture Truck Is Neat Bonneville History”