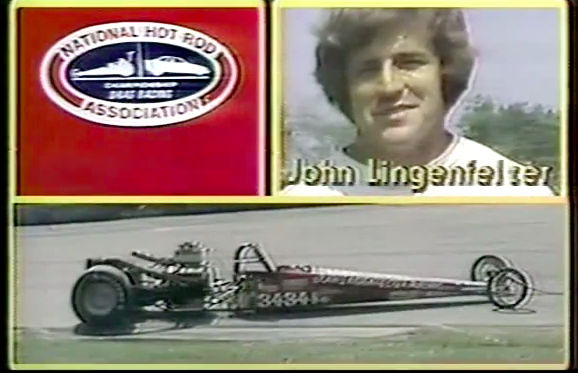 This is a great video for a few different reasons. Firstly the cars rule and secondly we get to see some of the coolest guys who ever attacked a drag strip get after it. Of course we’re talking names like John Lingenfelter and Ronnie Sox among other notable hitters that are also featured here. The footage was taken for the television broadcast of the 1978 NHRA SportsNationals which were held (as they had been for a few years) at Beech Bend Raceway in Bowling Green, Kentucky. Anchored by the venerable duo of Evans and McClelland, the show opens up with an explanation of the W.R. Grace Cup and then goes into an explanation of the handicap starting system used to “even out” the field in Competition Eliminator. Perhaps even more than it is now, Competition Eliminator was a wide open exploration of ideas and concepts. Heck, just pay attention to the amount of different stuff you’ll see in this 5-minute video.

Some people may have forgotten how deeply involved Grace was in the high performance aftermarket for years. You can sort of see the trailer and all of the recognizable logos on it from the plethora of brands the company controlled before deciding to get out of the high performance parts business. They were a major player for a while and it was one of those situations of them coming in hard and fast and leaving the industry just about as quickly.

Moving on to the good stuff. There’s a cool driver intro portion of the show where people are introduced with their cars and two of the big names that jump out of course are John Lingenfelter and Ronnie Sox. Lingenfelter was there running his Econo-dragster and Sox was running a late 1970s Challenger (renamed Mitsubishi) with a big hemi engine in it. That car was classed as an A/FX’er. Other killers like Dennis Ferrara are shown as well. There’s a LOT of talent in this clip and one thing we can say for certain is that not much has overtly changed out Beech Bend. The covered stands, the chunk of the original track that you can see jutting off to the left in the overhead shots toward the starting line, the people everywhere. It was a hopping weekend in Bowling Green.

PRESS PLAY TO SEE GUYS LIKE SOX AND LINGENFELTER IN COMP

Millican And Todd Lead The Field In Top Fuel And Funny Car At The New England Nationals In Epping, New Hampshire Driveshafts, Driveshafts, And MORE Driveshafts! Look At All That Mark Williams Has To Offer!