Best of 2016: Watch The Engine In The Murder Nova Go Back Together In The Pits At Lights Out 7 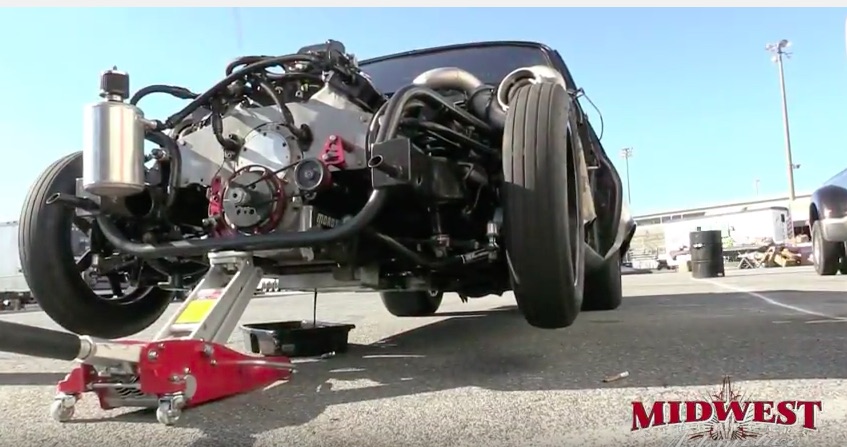 Shawn Ellington’s week and weekend at SGMP for Lights Out 7 got off to a harder start than he had wanted after wounding the engine of his famous Murder Nova in pre-event testing. The bad part was that Ellington had no idea that the engine was hurt before he got the car out of his trailer yesterday and tried to start it. The engine was hydro-locked due to a head gasket failure and a video was published yesterday morning showing Ellington with the thing pretty much yardsaled across his pit and waiting for the guys from Proline to get to the track with head gaskets. As it turned out they arrived at 11:30pm. The late night wrenching was on and it was captured in hyper lapse as the guys worked in their trailer to get the car buttoned back up.

As you will hear, they worked into the wee hours of this morning and then finished the car a while ago and headed to the staging lanes. We have not seen or heard anything regarding the car’s performance today so we’re going to keep our eyes and ears peeled to see if any news emerges from the packed pits at SGMP.

Best of 2016: A White 1993 Lincoln Town Car That Is Packing A 700 Horsepower Monster Under Its Expansive Hood This 1956 Chevrolet 5100 Is 2 Ton Greatness That Deserves To Be A Ramp Truck