Wheels In The Air: Watch This ProCharged BBC-Powered Dragster Reach For The Sky! 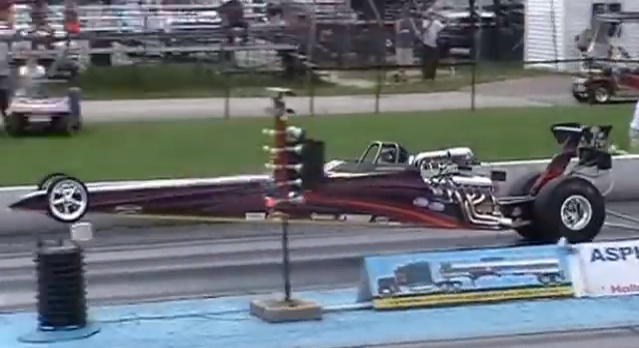 Glen Curtis’s big-block Chevrolet-powered American dragster might be hooking a tad too well, or making just a little too much horsepower right off the bat. We come to that conclusion after watching this pass he made at Thompson Raceway Park in Ohio last August. The second he launches the car the nose goes straight for the sky and you can hear Curtis pedaling to get it back down, which doesn’t seem to happen until after the eighth-mile run is completed. By his own admission, his [email protected] pass was made with the rear tires. We’re betting that after his heart rate calmed down, he dialed out some of the boost after that run. Click play and hold on tight!

Ram Trucks Will Remain Steel Through 2020. Will This Help Or Hurt Them? Unhinged: The Fiberglass Hornet's Nest-My Time At The NCM 20th Anniversary and Track Opening

3 thoughts on “Wheels In The Air: Watch This ProCharged BBC-Powered Dragster Reach For The Sky!”