Final Round Videos: Check Out The Winning Passes From The E3 Spark Plugs NHRA Nationals In Indy! Awesome Racing 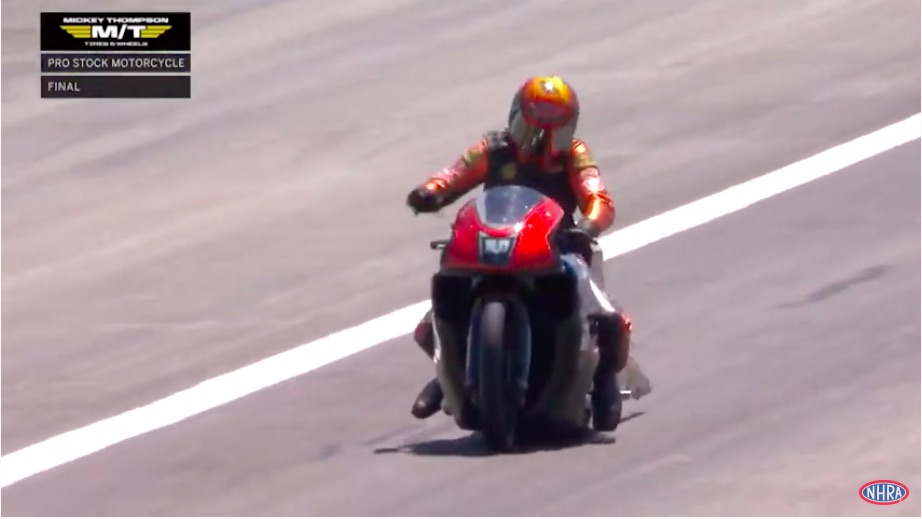 It was a wild weekend of competition at Lucas Oil Raceway Indianapolis as the NHRA Mello Yello Drag Racing Series powered back into motion with an event unlike any other national event ever held. There were restrictions on how many tickets could be sold, a raft of new protocols for the safety of fans and competitors, reduced qualifying, and even a 9am start on Sunday morning to land the event inside a FOX broadcast network TV window. A few things did remain the same, though. That was the heart pounding feeling of Sunday morning first round and ultimately the great show of competition on the drag strip itself that left no one wanting.

The videos below are the final rounds in pro stock motorcycle, pro stock car, nitro funny car, and top fuel. You’ll notice everyone in facial coverings, you’ll notice a boom mic being used for the interviews, and you’ll notice less people around areas like the starting line. All of these things were part of the safety protocols instituted by the NHRA to try and reduce the virus exposure risk for everyone.

It may have looked a little different off the track, but on it? Hell, on it was bad ass. Check out the videos below. Winners, baby!

This 1979 Chevrolet Video Promoting The LUV Truck Is Cool - Slanted Comparison For The Win! 2020 ECTA Firecracker Mile: The Winners Of The Street Car Shootout And The Achievers Of The Meet!