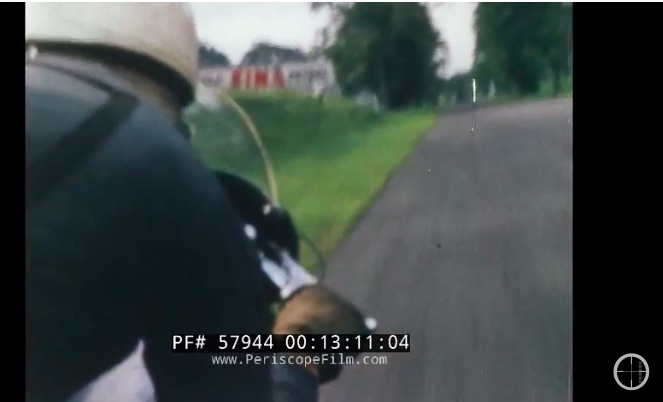 Motorcycle racing is not exactly a burning passion of mine in the modern world, but I am fascinated by its history. This is especially true of the scene and the sport in Europe where it was and still remains incredibly popular. England was a large driver of motorcycle competition in various forms during a big part of the 20th century. The country had a load of companies making motorcycles so it only made sense that racing would help establish who was best. It isn’t so much the speed of the racing back then that has captured my attention but rather the variety of it.

Did you know that motocross started in England? It seems pretty crazy but it did. A sport that we associate wholly with Japanese motorcycles was 100% a British creation and an outgrowth of the insane, slow-speed trials riding that once began on hillsides but has evolved into a closed course style of event with obstacles and incredible feats being accomplished by riders with cat-like balance and ability.

The Isle of Man TT footage is epic and it even includes John Surtees would is still the only guy to win a motorcycle racing world championship and an F1 title in the course of his life. If you love motorcycles and motorcycle racing history, this video is going to spin your crank!

Press play below to see this film called, “The Right Line” – it rules

Let's Go Drag Racing In 1978! This Footage From An NHRA Points Race In Edmonton Rules! Tibu-Gone: Watch These Guys Blow Up A Hyundai In Spectacular Fashion With Nitrous and The Rev Limiter