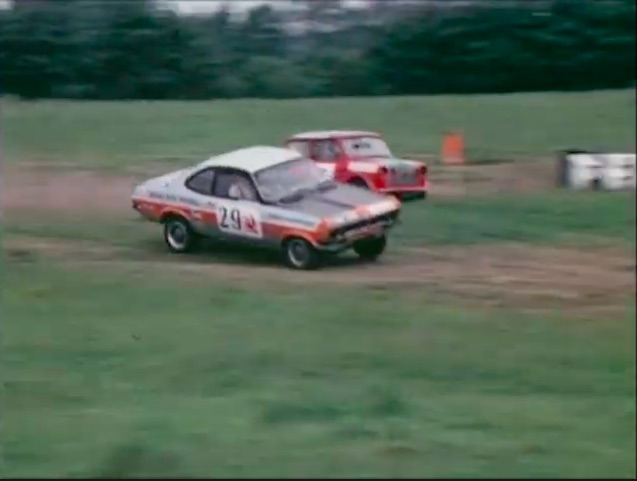 We love modern rally-cross racing and like everything else it has interesting history. In England the sport really took off in the early 1970s and with backing from companies like Castrol, people were able to see it in cool films like this one which was made at the event held at Long Marston Airfield in 1972. The combo of road course, dirt jumps, and other killer stuff along with the cars make this a wildly entertaining thing to watch.

As you’d expect, there’s the regular slate of Mini Coopers, a bunch of Ford Escorts, a Griffin makes an appearance, and perhaps coolest of all there is a four wheel drive DAF. The DAF is neat because it is the only four wheel drive car at the event and when they get down to the final race, it has to take a 10-second penalty for being a four wheel drive machine. It’s a handicap that’s kind of neat. We don’t know how they determined the 10-seconds whether it was arbitrary of off of lap time averages but either way, this dude has to sit there and then he is able to unleash the beast!

Full contact racing at its finest, there isn’t a car that ends this event as good looking as it started and you know the drivers were loving every second. Enjoy this high quality look back at the early days of what we now call Rally-cross!

Press play below to see this awesome 1972 film made by Castrol!

American Powertrain Parting Shift: This 8-Second Stick Shift Mustang Is Built On A Budget And Driven By A Boss Swap Story: This Video Shows The Process Of Swapping A Coyote Into A New Edge Mustang