Seasick Video: You’ve Never Seen A 1974 Buick LeSabre Driven Like This! Definition Of A Barge 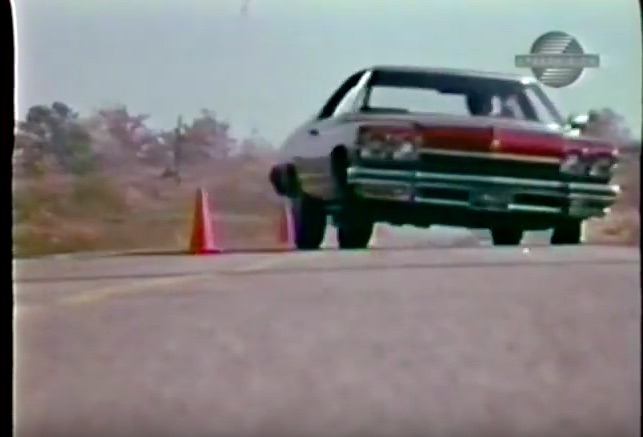 This is so flipping awesome. We have not seen a 1974 Buick LeSabre in years and we have certainly never, ever conceived of one being driven in any sort of performance setting but the guys at Car and Track did. They road tested this Buick like the thing was a Jag and holy hell is it fun to watch. The car is a sad example of the wayward direction of Detroit in the middle 1970s. A direction that would bring them harm for years to come. A huge car with no horsepower, no mileage, and no real redeeming quality other than the fact you could fall asleep in the front bench seat and not have to curl up.

The 455 with a 2bbl on it is already going to be sad, you know that. How sad? over 19-seconds to get to 70mph! That’s glacial by any objective measurement and maybe that word is too kind. The weirdest comment in the whole video is when Bud Lindemann talks about the acceleration and mentions that the crew did not suffer from exhaustion and that they did not smell any emissions. We’re not sure what the hell that means but it is funny.

The car’s braking was impressive for the day, honestly. 151ft from speed was really good for the day, so the LeSabre impresses there. As far as running a slalom course, attacking a road course, or any course outside of a four course meal, this thing is hurting hard. Our man Bud mentions a stiffer spring package. What did they use before, marshmallows?

The handling thing can be forgiven because no one bought one of these to race it on a road course or carve canyons. The sadness of a big 455 making less horsepower, by about half of a modern Camry is tough to get around.

If only Detroit had gotten the message sooner.

2 thoughts on “Seasick Video: You’ve Never Seen A 1974 Buick LeSabre Driven Like This! Definition Of A Barge”