Long In The Tooth: The 1982 Maserati Merak SS Was An Italian Looker That Had Lost Its Fastball 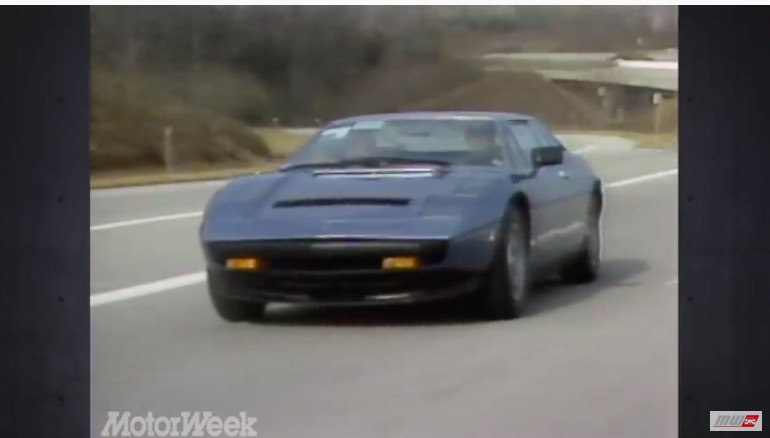 There’s something kind of sad about seeing a once successful person, organization, or thing just kind of limping into its inevitable end. For Maserati and the Merak SS that was the situation in 1982. The car which had been released in 1972 to strong reviews, strong performance, wonderful period styling, and some legit automotive sex appeal was now a $41,000 (equivalent to $109,000 today) hollow shell of its former self.

The styling era it came from was now dated as compared to other stuff, the paltry 180hp was no longer that impressive, the thing somehow managed to only get 10mpg with a 3.0L V6 and a five speed, and the comically absurd back seat was not attracting buyers.

The car did have a good run serving as the little bother to the completely sexy and cool Bora. What makes the car doubly interesting is that it came from the era when Citroen owned Maserati and they incorporated a lot of oddball French car stuff under the Italian skin. There was the weirdo dashboard out of the SM model, there was the crazy hydropneumatic suspension and a whole lot more. By the time this particular car was being built, DeTomaso had bought the company and the suspension as back to using “normal” components. The engine was also Citroen supplied, which makes our heart sad.

With a 0-60 time of about nine seconds and a quarter mile time of “under 17-seconds” this was a sporting car but not something that would blow your toupee off in the true Italian fashion. Maserati made about 2,000 of these between 1972 and the end in 1983.

Dakar 2022 Video Highlights: The Final Stage Of This Epic Desert Race Is Right Here! Watch Bob Bauman And His Wild Exhibition Pulling Dragster Smoke An Engine And Oil The Dirt In 1988