SHO Me Something Good: This 1989 Review Of The Then New Taurus SHO Is Fun 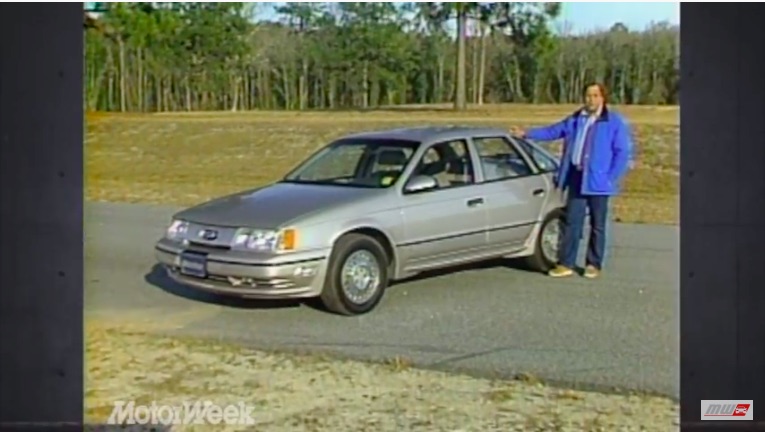 America’s first sport sedan. That’s what everyone was calling the Ford Taurus SHO when it arrived on the scene. The car was released with high expectations and unlike so many before or since, it actually delivered on them. The manually shifted, Yamaha V6 equipped machine would run 15s in the quarter mile, run to sixty in about seven seconds, and it handled with authority and legitimacy among its peers. It did it all for a price that embarrassed the other cars in its competitive class. Long story short, this thing was cool and it did everything pretty damned well.

The only real complaint that the Motor Week reviewers had was the fact that the shifter was kind of balky and that there was no automatic transmission available to be optioned into the car. This the amazingly the kind of stuff that we crave to see in cars today. Maybe not the balky shifter but certainly the fact that the ONLY way you could get one is with a stick!

The cars aged pretty well through the first generation of Taurus development in our opinion. The 1990s saw the SHO sold in strong numbers. Things kind of went pear shaped in the later 1990s when a V8 engine was installed in the car. Making very similar power and built with camshafts that were prone to fail, the V8 SHO did not do much to uphold the legacy that the older cars dat built.

Iron Giant Video: The Story Of Massive Presses And How They Have Literally Shaped The World Battle of The '50s Ballers: This Video Pits The 1957 Imperial vs The 1957 Cadillac 62

2 thoughts on “SHO Me Something Good: This 1989 Review Of The Then New Taurus SHO Is Fun”