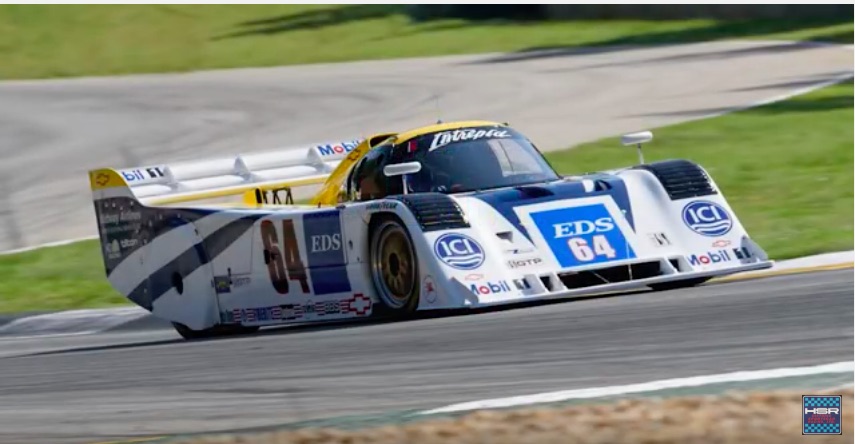 Walking the ragged edge of technology is what racing is about. Making decisions on how to design strengths into your race car and minimize weaknesses is also what racing is about. The 1991 Corvette Intrepid RM-1 did both of those things in very interesting ways and while it never lived up to its full potential in terms of podium appearances and race wins, it stands as a true monster of the road racing world. This was an 800hp car that was designed to be a downforce making hero. It could create as much as 10,000lbs of downforce which meant that it had the highest cornering speeds in the IMSA world in the early 1990s. Nothing could touch it in the bends but on the straights? On the straights it was a bit of a weakling because of the same reason it was so good in the corners.

The car was conceived and designed by Bob and Bill Riley. Their thinking was that this car would be an IMSA racer only and the fact that IMSA ran at mostly shorter tracks meant that putting a higher emphasis on cornering ability than all out straightway speed would give them an advantage. They were attacking the same problem as everyone else but at a different angle. Power came from the 420-ish cubic inch Chevy engine built by Katech.

The cars debuted in 1991 and with some backing from Chevrolet they came out of the gate swinging. They qualified well and were looking like they would be contenders through the 1991 season and beyond. Then disaster struck at Watkins Glen. Tommy Kendall was racing the car when it suffered a suspension component failure which caused a tire to come off and the car to hurtle into the wall headlong at 140+ mph. Kendall suffered massive injuries to his legs and was sidelined for the rest of the year.

The 1992 and 1993 seasons did not fare well for the car either. Many potential customers cancelled orders for the car after the 1991 crash and there was only one Intrepid on course in 1992. In 1993 the bottom fell out of IMSA and that was basically the end of that.

This car’s crazed abilities are on full display here as you’ll see talented driver Patrick Bean working the 1991 Intrepid RM-1 as hard as he can at Road Atlanta. Buckle up!