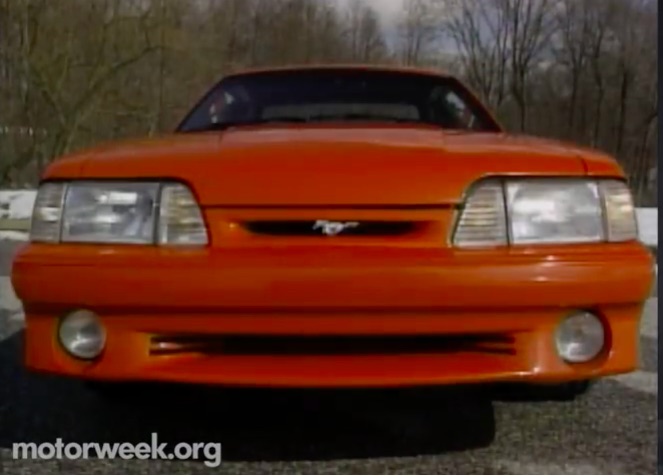 I was fishing with my dad and sister on a bridge in Hingham, Massachusetts across from the court house. That’s when I heard a familiar sound a sound every gearhead kid knew in 1993. It was the sound of a five liter Ford small block getting ripped through the gears. The only difference here was that the guy kept right on going. This was not some two gear hole shot, nope this dude was vying for the whole enchilada. So while my sister paid attention to her reel and rod, I spun on my heels and saw a brand freaking new Mustang Cobra come by me like it was being chased by an F-16 and I was in love. I wanted one of those cars so damned bad I could taste it. I still have a car crush on them today, to be honest. I was about $15,000 and two years short of being able to buy one new.

I know, it wasn’t like the things made 500hp but they surely made more than the 235hp Ford claimed. Why? Well the engines had the GT40 heads, the Cobra intake, a 70mm throttle body, 1.7 ratio rockers, 24 lb injectors, the Cobra cam, and Cobra specific computer tuning. All of that seems like it would have been more than the few hp the factory claimed the thing picked up.

This Motor Week video shows the car as it was brand new. The wheels, the paint, the wing, the fog lights…all of it. I’m sure every one of you out there had a crush on a car you could never actually own at the time. Mine lives in the video below.