The 2018 Kia Stinger GT: A Kia That Might Actually Be Worth A Moment’s Glance 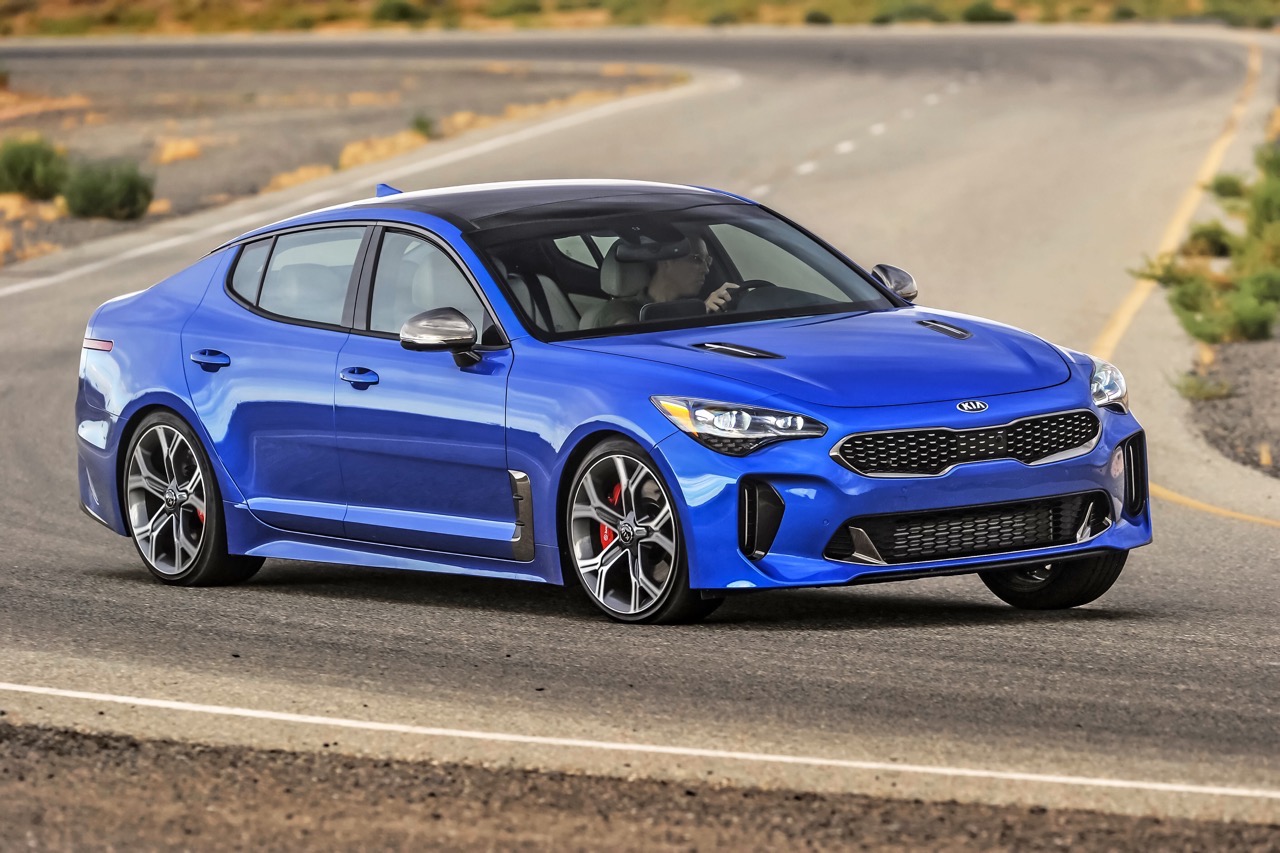 Kia Motors has long been a punchline in the United States market, and honestly, for good reason. Have you ever had the misfortune of being inside of a mid-1990s Sephia? I have no love for these little boxes of misery, not when they were new, not when my mother owned one of these craptacular piles, not ever. Nor was I impressed by a fellow soldier’s pimped-out Kia Rio that he absolutely adored up until it got crunched. Same goes for the second-generation Optima that my mother owns (guess she didn’t learn a valuable lesson…), or just about any other car that Kia has produced. I will be fair and say that within the last several years, Kia models have started to take a sharp uptick in appeal…the 2010 Optima actually had some style to it, the K900 executive sedan was admittedly a risk, with rear drive and a Hyundai-sourced V8 on the menu, and the Koup two-door was the first Kia I even remotely considered…a small two-door with an available six-speed manual trans sounds like a pretty decent mileage machine.

But one car as of late has had my attention: the new Kia Stinger GT. Hallelujah, it actually has a name instead of an alphanumeric designation! It’s based on a shortened Kia K900/Genesis G80 platform, is either rear-drive or all-wheel-drive, packs either a turbocharged four-cylinder pushing 255 horsepower or a twin-turbocharged V6 cranking out 365 horsepower, and brings in an eight-speed automatic with shift modes and shifting paddles. It’s a five-door hatchback that feels close in size to…well, my Chrysler, if I’m honest…and is a riot to drive. How would I know? Because I waited in line at Kia’s test drive event at SEMA for a crack behind the wheel at one. While I waited in line, listening to the sounds of Stinger GT RWD models being flung around in a drift pit as if sixteen-year-old me got my hands on a keyfob and some DJ going off as if people actually rave in the middle of a Thursday afternoon, the people working the booth found themselves with everybody waiting to ride in the cars but nobody really in line to actually drive one.

My time to shine!

The drive cars were Stinger GT AWD versions, and the track was a parking lot autocross of sorts. You lined up for a dead-start dash, came to a stop at the far end of the straightaway, navigated a tight corner-filled course, and did the full-throttle/full-stop deal one more time. I’d like to show you that footage, because Kia was nice enough to record and send me the recording, but there is no way I can actually download or link it. It’s a shame, too, considering the ride-along pitch guy’s facial expressions…I don’t think he was having as much fun as I was. So, here’s my impressions from a two-minute parking-lot sales pitch drive: 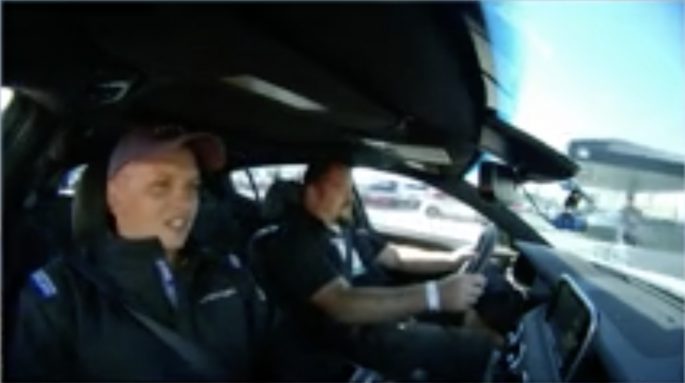 Interior: Roomy without feeling like a cavern, everything laid out nicely, driver-focused. Not a fan of the shifter at all (you press a button to put the car into Park, which threw me off) but the paddles work just fine. Seat was lovely with enough bolstering to do a job, but not enough to be a full-race unit.

Exterior: I can’t say that I really like Kia’s “Tiger Face” nose design, but overall I like the look, and I can appreciate the five-door hatchback treatment. It’s like a mid-70s GM X-body hatch: it only presents itself when opened, otherwise looks like a sporty sedan. I can appreciate that. If I really have to nit-pick one thing, it’s the sound. The exhaust makes a pleasant noise inside the cabin, but unfortunately, it’s synthesized. Noise fakery doesn’t impress here. Borla already has an exhaust kit ready for the car…it’s worth it, giving the Stinger GT a nice, raspy bark.

Driving: Little bit of turbo lag, but it’s surprising what 3.3L of boosted V6 can actually do if you aren’t prepared for it. You expect that kind of acceleration in a Grand National, but you don’t expect it in a Korean car. Responds well to loading up boost before releasing the brake. The AWD car corners sharply in Sport mode, biting into the apex nicely. Brembo brakes automatically equals good job, and they stop the car hard enough to cause the ride-along guy to sound like he took a soft punch to the stomach. The RWD cars were being drifted around in pure violence.

The Stinger GTs are just starting to filter out into the world, and two minutes at the helm of a controlled test drive just isn’t enough to get any kind of thorough opinion on the car. But from what I’ve seen so far, it does present a couple of things worth considering. One is that we have a legit performance Kia, one with enough power to handle itself well. Another is that we have a car that is just a hair smaller in every dimension from a current Dodge Charger, packing nearly the same power as the 5.7L V8 powered car, capable of handling itself in the twisty stuff, known to be capable of low-13-second quarter mile times. From a Kia.

I need another round with this car. Preferably, on a track somewhere so I can see what the Stinger GT can really do. I’ve spent years talking crap about the Korean manufacturer, but this might be the car that can shut me up for a bit.

One thought on “The 2018 Kia Stinger GT: A Kia That Might Actually Be Worth A Moment’s Glance”