2018 Pumpkin Run Nationals Coverage: Our Last Photographic Blow Out From The Fall Show! 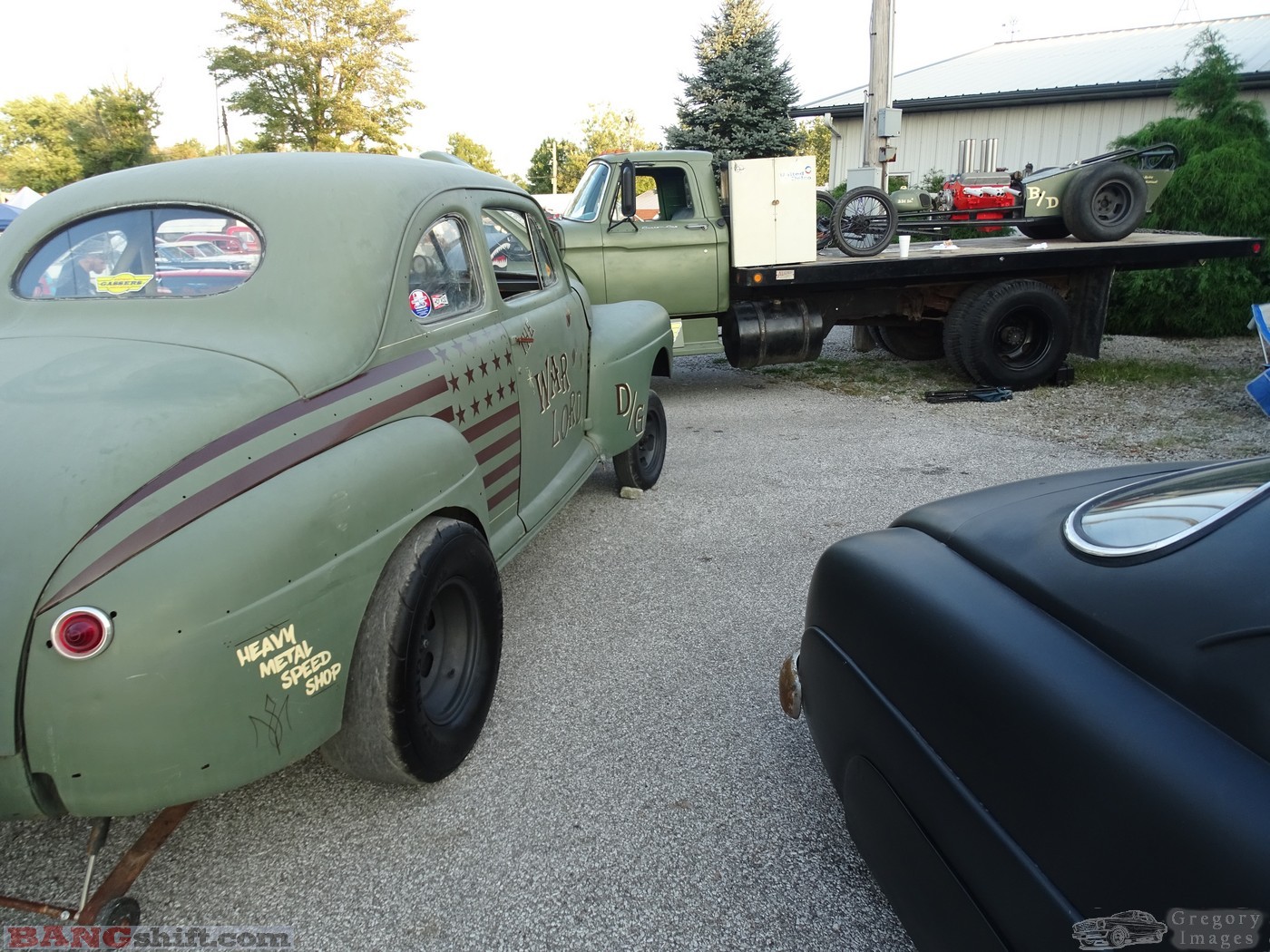 (Words and photos by Doug Gregory) – This is the last of our series covering the 2018 Pumpkin Run Nationals in Southwest Ohio.  This gallery consists of those machines that either look like racers or actually are race cars.  The looks range from stockers to straight-axles and even a good bit of Pro Street.

A Pro Street Judge ought to cause the purists to lose their minds, but I think it’s pretty cool.  Pro Street was king when I was younger and seeing builds like this brings back old memories.

The killer COE ramp truck had an equally-amazing dirt-track sprinter tied down on the bed.  It looked right at home.

Fat tires, tunnel rams, blowers, and big scoops poking through hoods were found in clusters and later in the day…cruising the grounds.  Lots of goodness.

The blue ’66 Belvedere (I think it’s a ’66) rolling on centerlines and steelies with side exit exhaust is something you could have seen in Anytown USA some 40-50 years ago.

Jeff Richmond Jr. was regularly firing up his Warlord ’46 Ford straight-axle taking folks for a cruise through the pathways and bullying other cars to step aside.  Seems to work.

Ryan Pope loaded up folks for a tour in his vintage, indoor oval-track-racing Crosley.  Man that thing is small.

We certainly wished we’d heeded other folks telling us this show was this big.  We literally only managed to cover the stuff outside the track area until the sun started to set and by then light was getting scarce and many cars had left for the evening.  There was live music and food plus even more cruising after dark, but we still had a 2hr plus ride home with road construction so we really couldn’t stay.  We’d made some good buys at the swap meet, got to see some old friends, and made some new friends.  Pretty successful outing if you ask me.  Next year we will plan to visit multiple days and might even make arrangements to stay in the area.  This event is now on our ‘must do’ list.

Thanks for following along.