2019 Buffalo Motorama Coverage: Here’s our Final Collection Of Images From The Show 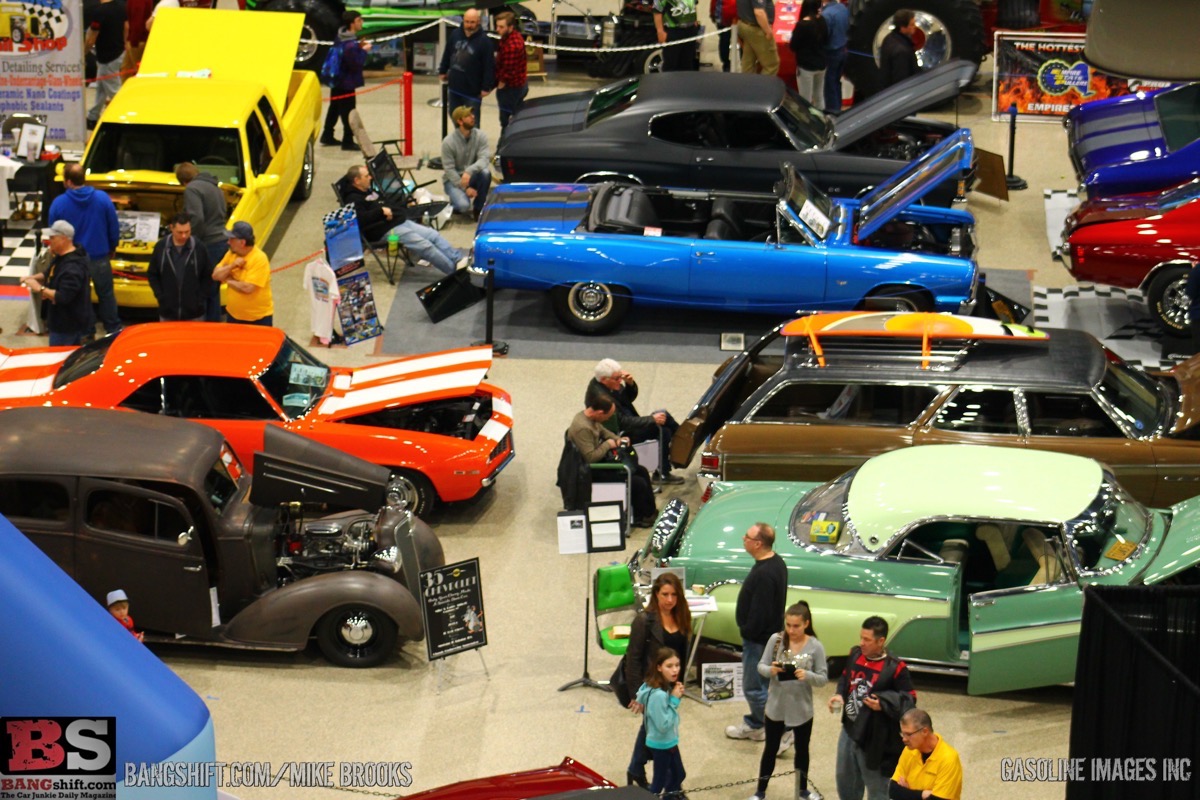 (Photos by Mike Brooks) – All good things, and some bad things, must come to an end right? That’s a fact of life and we’re at the end of the Mike Brooks photos that carried us through the Buffalo Motorama coverage over the last couple of weeks. Now that we’re into April and even stuff in the Buffalo area is beginning to thaw, the show photos will have stuff like, oh, I don’t know, a sky and sun in them rather than just a ceiling.

Speaking of ceilings, Mike got up into the rafters…literally. The overhead shots of the show are cool because they do illustrate the size of the event and how diverse it is. From barn finds with old dirt and grime on them to fancily built hot rods with enough build budget to support a small country, you’ll find something in here that you like and that’s a good thing

Big thanks as always to Mike Brooks for the photos and the great coverage of the event. This truly was the best Buffalo Motorama  ever and we look forward to seeing more and more cool stuff show up next year!