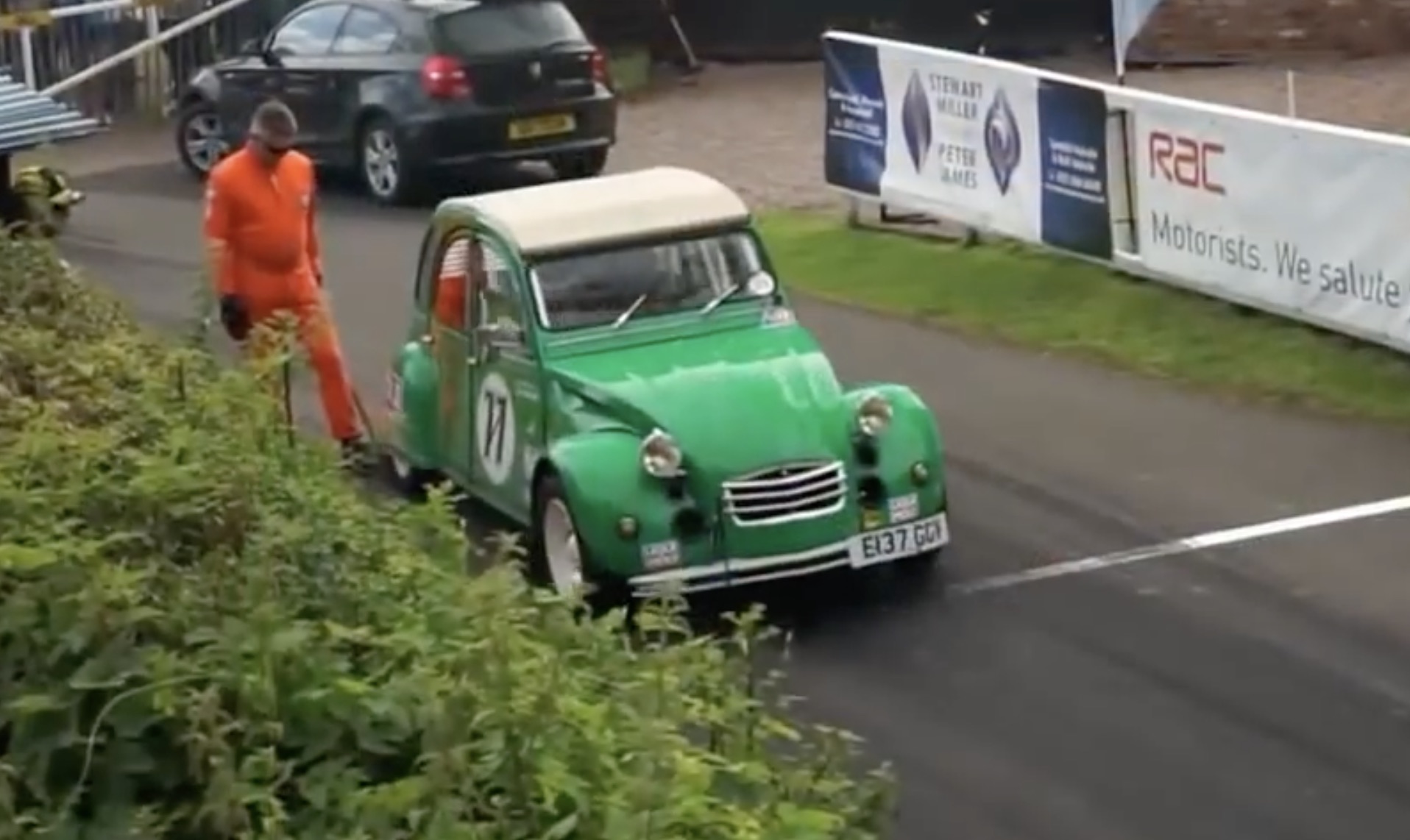 In the entirety of the Citroen 2CV range, the most powerful engine put into the diminutive front drive tribute to austerity was the V06, a 652cc flat-twin that on it’s best day made 35 horsepower and 52 ft/lbs of torque. That’s not grand, unless you think about the early 2CVs that only came with nine horsepower. How in the world did Citroen sell millions of these things again? They make a Volkswagen Beetle look absolutely luxurious by comparison! The little French front-driver has a cult following a mile wide of fans that absolutely adore the flimsy little thing, and race the hell out of them. Usually, we see 2CVs out on rally stages…they’re light, they are brutally simple and if you really screw up, you can ditch most of the car and convert it into a motorcycle. Seeing one at a hillclimb event is a bit strange, but this Citroen is packing nearly four times the horsepower that it should ever have, courtesy of an engine that was yanked from a BMW R1100GS motorcycle that has seen some extra work done to it. The in-car cam actually makes this little beast look like fun!

VanGo, This Bitchin 1963 Ford Econoline Van, Was A Hit At The Hoonigan Shop When Is Hauling Your Race Car Around In A Toterhome And Stacker Trailer Too Much?