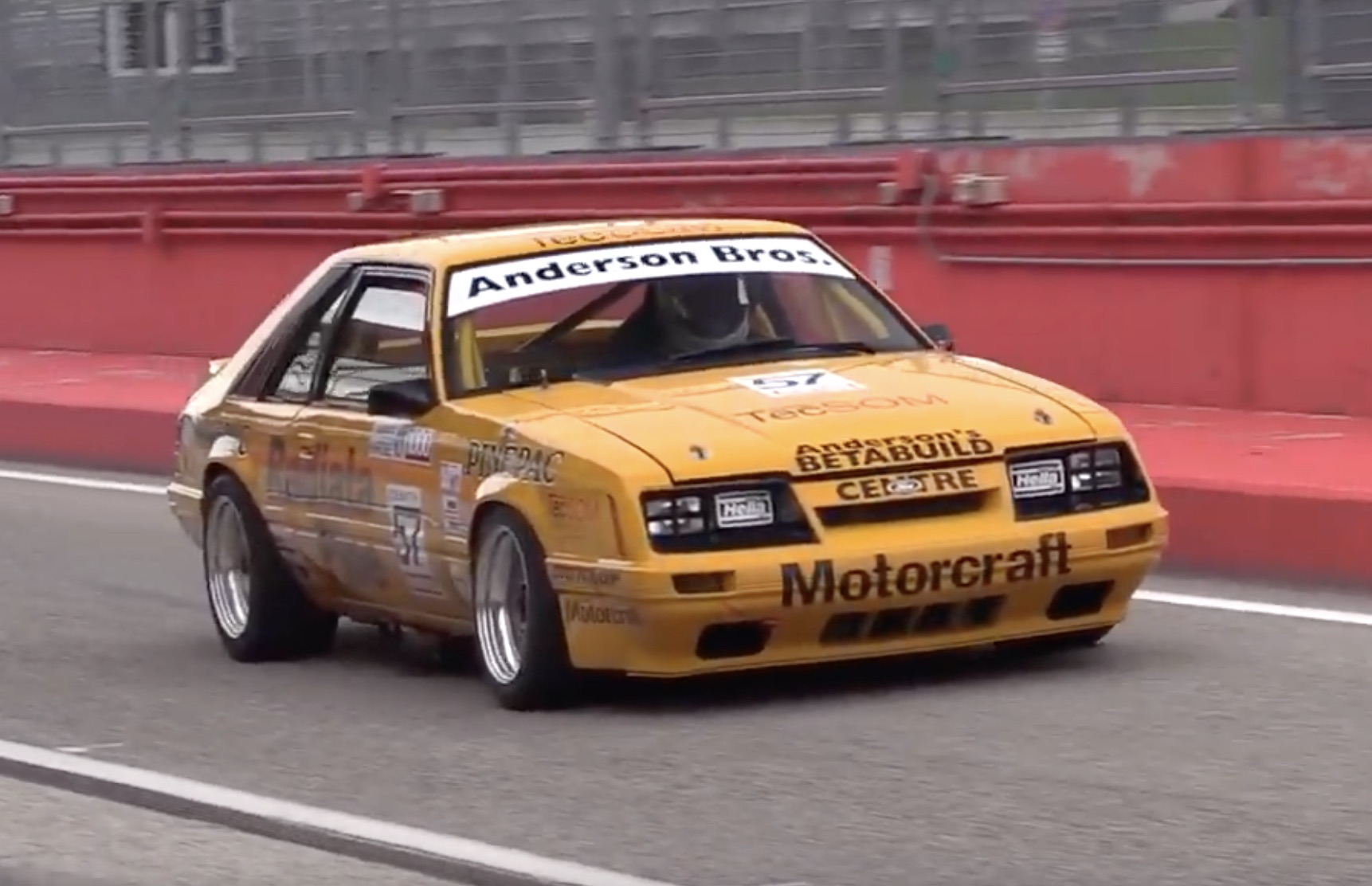 We can’t say for certain, but we’re pretty sure that a Fox-body Mustang in New Zealand is like watching a Ferrari drive through downtown Des Moines, Iowa on a Tuesday afternoon…it’s the last thing anyone expected to see. But it certainly exists and has become a bit of a fixture for Kiwi racing. Originally a 1984 model that was brought to Australia by Don Smith, the car was one of two that were imported specifically for Group A and were meant to run Bathurst that year. It finished 18th overall and third in Group A. In 1985, the car was re-worked for the homologation rule changes and got upgraded body parts to bring it up to 1985 GT specifications and went back to Bathurst, but a broken oil cooler line and a blown head gasket on the Dick Johnson-built engine saw the car out of commission by lap 17. 1986 wasn’t much better, when the timing chain broke and the engine puked it’s oil on lap 81.

In 2005 the car was located in New Zealand and was restored, and has been running in anger ever since. The 390 horsepower roller 5.0L still barks and the Fox is still as nimble as ever. And if you look at the passenger-side dash face, you can still see the plaque on the dashboard that signifies that this car is indeed, “Abe’s Babe”.