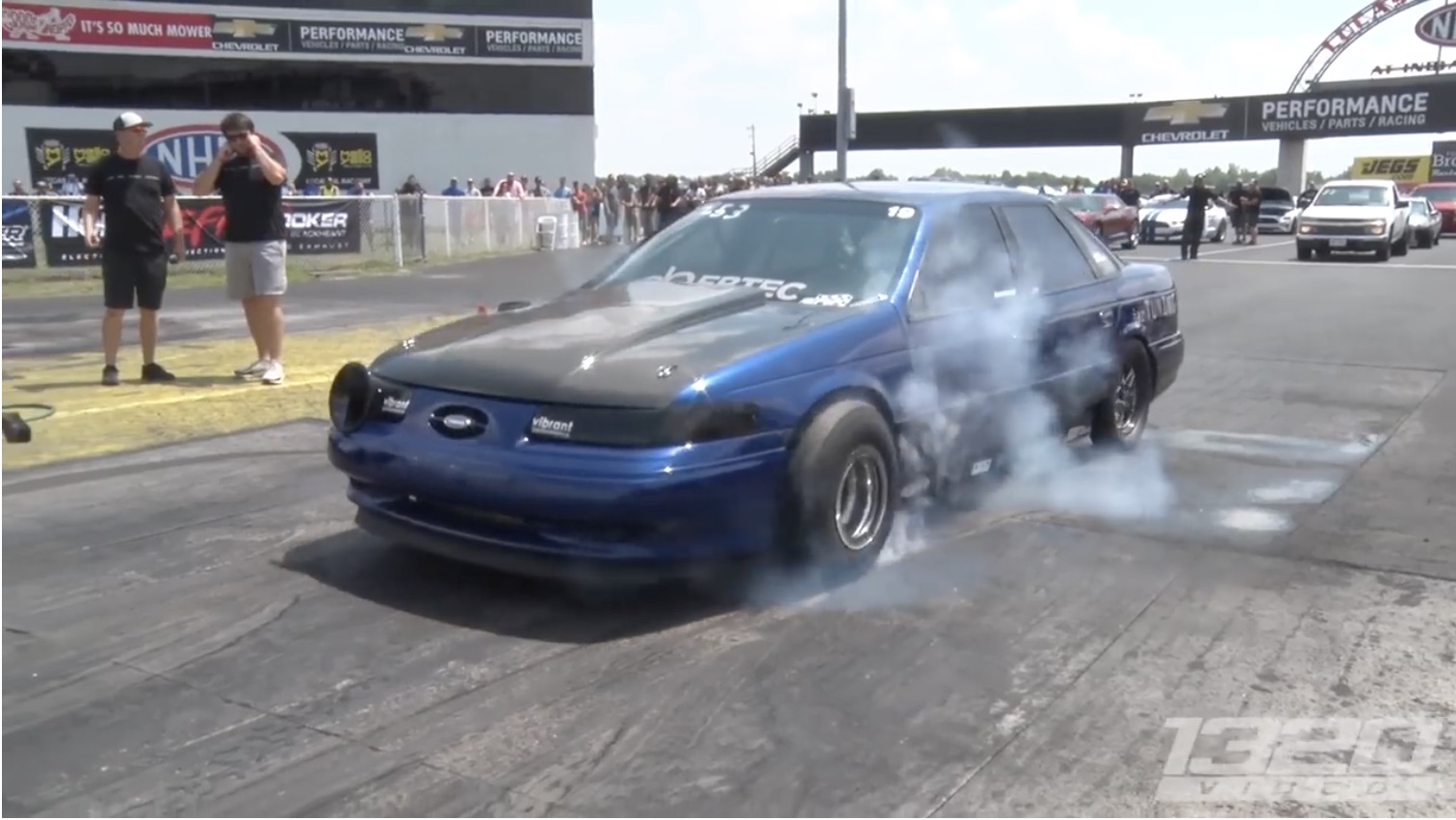 A nine-second 1995 Ford Taurus. Are you kidding me right now? These things were family schleppers, second cars for what seemed like the longest time, street-beaters that were barely given a second thought before they were ultimately sent to the crusher. Or they are still toddling along somewhere in Nowheresville, U.S.A., sharing a parking lot with a Buick Century, a first-gen Chrysler Concorde, and a completely unmolested 1986 Chevrolet truck that Chad would go all rubbery over. It was never supposed to be a track monster. At best, the Taurus SHO was supposed to be kind of sporty and that was it. Nine seconds in the quarter mile from a front-driver with a six cylinder that’s boosted to the moon and back?

The best part of the video is that not only is Zach Wright clicking off personal bests with each last pass, he’s doing so while battling some kind of gremlin with the engine. There is more still left to find in this Taurus. Wrap your head around that…there is a low nine in a 1995 Taurus that is just waiting to come out.

Imagine telling the salesman who moved this Ford back in 1995 just where the car would end up twenty-five years later. He’d die of laughter.

Here's Some Early California Drag Racing Zen For You To Enjoy - Dragsters, Coupes, and More! MAHLE Motorsports Takes A Look At Failed Pistons: How Did This Happen And How Can You Stop It?

3 thoughts on “Nine-Second Taurus: The Blue Turd Just Keeps Getting Faster And Faster!”