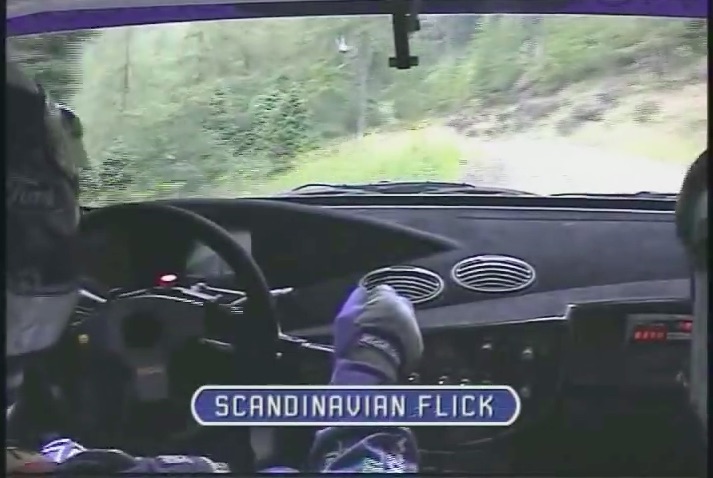 There have been few larger tragedies in the world of racing than the untimely loss of rally great Colin McRae in 2007. He died in a helicopter crash and it was a crushing blow to his fans and lovers of amazing driving the world over. This man had the gift and in the video below he will demonstrate it heartily for what looks to be news reporter. You will hear McRae explain what he is about to do in the car and than explain what he is doing, while he is doing it! The ease and calm that guys who compete at this level possess are amazing.

The transmission in this car is a clutchless sequential and you will both see and hear the trans working as he is constantly working the throttle and the shifter handle. Speaking of that shifter handle, who else when he hits that thing imagines McRae opening up a door for school kids to head off to class? Obviously the team accommodated his wishes for the layout of the cockpit and that’s the way he liked it. Being that he has 10x the ability and smarts than we have it all makes sense.

This is a good watch. A man in his prime just killing it basically for fun. What’s better than that?!

The Restoration of This 1930s Thor Pneumatic Gun Drill Is Awesome - Ever Seen One of These? Watch Jim Head Ride Out One The The Most Awesome Wheelies In Top Fuel History And Still Run In The 4s (Quarter Mile)