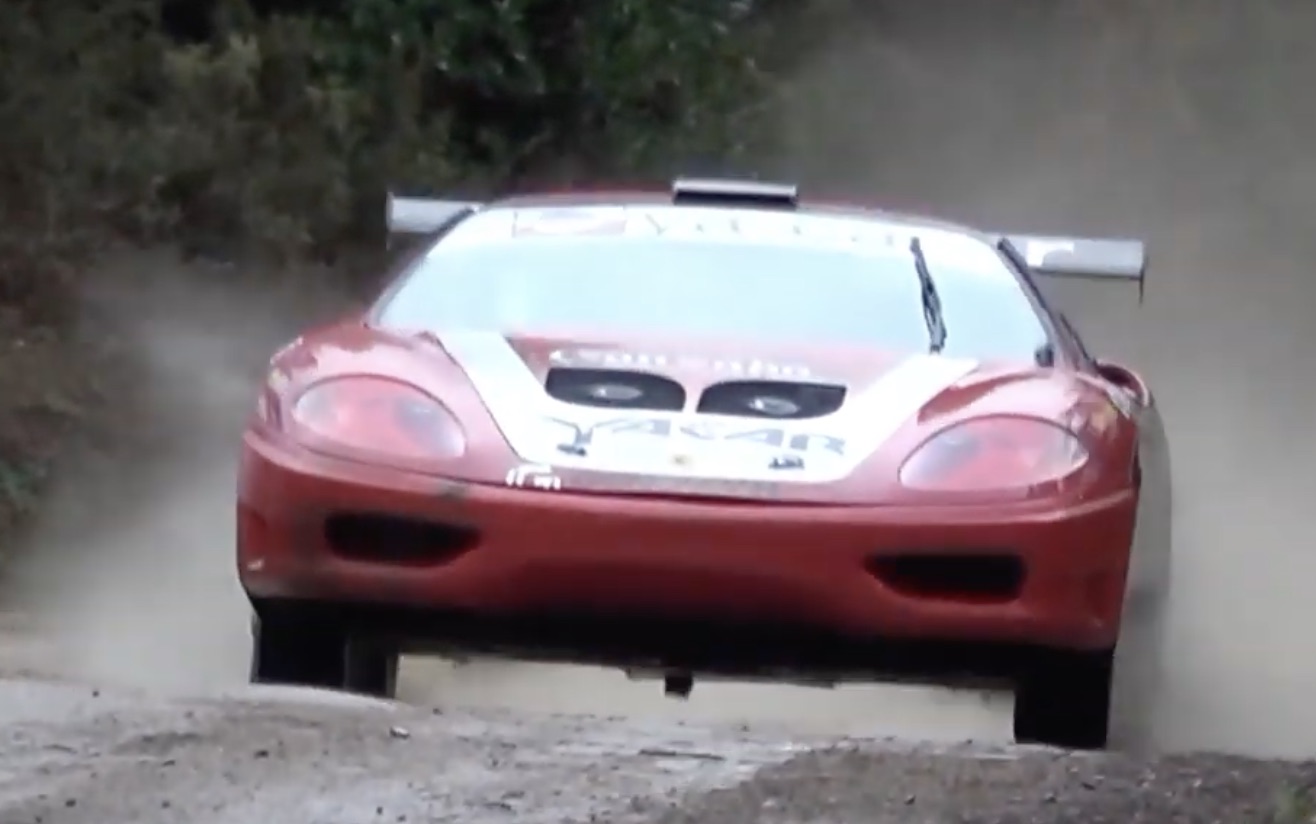 Ferrari…rally racing. Ferrari…shiny red cars, exclusivity, factory-driven vetting. Rally racing…over the hills and through the woods making a ton of noise as you go. The two almost never meet. In fact, over the years we’ve only found a couple of examples of the Cavallino Rampante playing in the dirt. We don’t count the Lancia Stratos, because that was a Lancia design that only happened to utilize the Dino V6 engine. Instead, we’re thinking about the Ferrari 308s that were modified for dirt work, or just how close Ferrari came with the 1980s GTO, or the TaxTheRich videos that showed the likes of an Enzo splashing around on a muddy country lane. Most Ferraris live charmed lives, adored, pampered and treated fairly well.

This 360 Modena, on the other hand, is that family black sheep. Instead of enjoying the lap of luxury by shutting up and keeping a good thing going, it’s out adventuring, camping, flying and doing all sorts of nonsense that is frowned upon by the aristocratic types. Rally racing? Isn’t that where hire cars are driven on logging roads by hooligans, Carson? Don’t worry, it isn’t a behavioral phase and no, it’s not a kit car. It sounds ragged and raw, it’s riding on tires that look like pizza cutters compared to the ample rolling stock it left Modena with, and it’s driven like it was stolen. We doubt that Enzo would approve of the venue, but we also bet that as long as the Modena is winning stages, he wouldn’t be that bothered.

A True Hybrid: Get A Closer Look At The 2JZ-Powered S550 Mustang! The Farm Truck Car Wash: Always Start A Project By Scrubbing Your Junk!