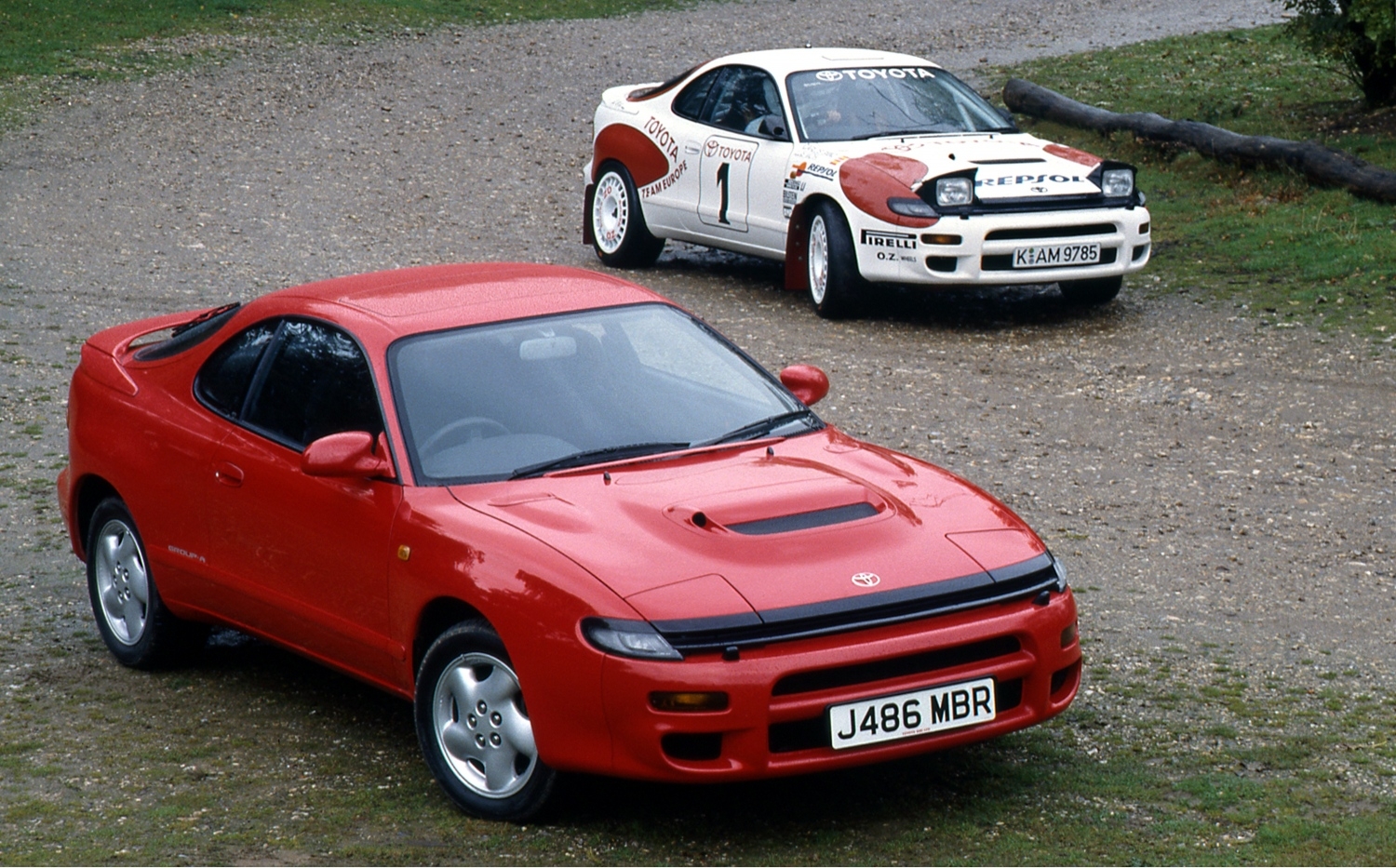 Over on the BangShift forums there is a great thread titled “So what car do you want today?”. Started by our own Charles Wickam, this thread is full of photos of vehicles, some common and some not, that my fellow automotive-obsessed Bangshifters happen to be lusting over at that particular moment in time. Not a bad way to kill some time, so check it out when you have the chance.

My current automotive crush for this week (Perhaps better phrased as “my current crush for Monday morning” as I seem to develop a new car crush more frequently than a teenage boy sneaking his first peak at a Sports Illustrated Swimsuit Issue) is the Toyota Celica GT-Four, or Celica “Turbo All-Trac” as sold in the United States. More specifically, I’m in puppy love with both the ‘86-89 and ’90-93 variants, or ST165 and ST185 as they’re often referred to as.

Unless you happened to be A) One of our European Bangshifters or B) An American dedicated enough to follow rallying in the 80s and 90s, the above question is undoubtedly the first one to come to mind, which is more than fair. Unlike the Subaru Impreza WRX and Mitsubishi Lancer Evolution, Toyota’s homologation cars for the general public never received the same recognition in the United States as the Subies and Evos, which is a bit of a shame really as on the rally stage they were quite brilliant, winning a good number of World Rally Championship series, many of which were thanks to Carlos Sainz. 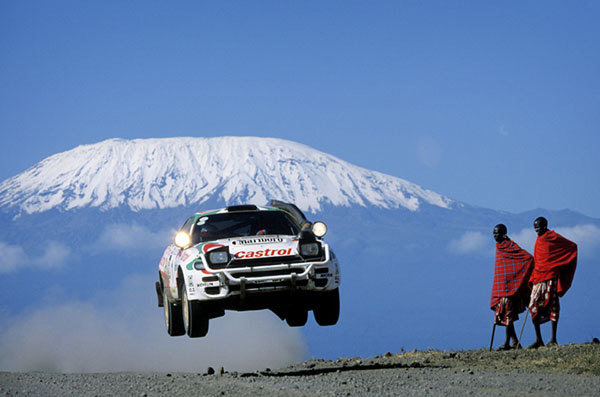 Back to the homologation cars: Much like NASCAR and the SCCA Trans Am Series, a certain number of road-going cars needed to be produced for a manufacturer to run in particular Groups of World Rally Championship racing. I’m personally a big proponent of this rule for racing series, as without it we never would have the street versions of the Superbird/Daytona siblings, Boss 302 Mustangs, or Monte Carlo Aerocoupes, let alone the more exotic Japanese and European examples (Ferrari 250 GTO, anyone?). Unlike the WRX and Evo, which didn’t see US shores until the early 2000s, Toyota actually was bold enough to bring over a few of the Celica GT-Fours, or “Celica Turbo All-Trac” as it was known here. 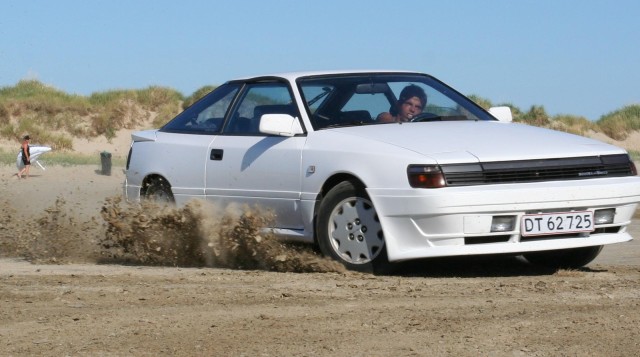 This is an ST165. You can call it ugly but it’s beautiful in its own way, and the AWD and 2.0L turbocharged engine are a blast. 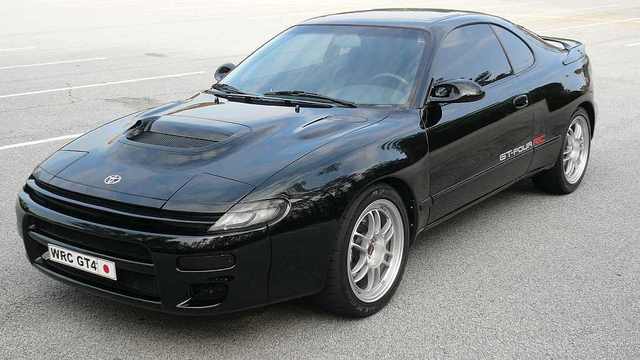 This is the ST185, or second generation car. Arguably better-looking (Although I prefer the ST165) and a little more horsepower. 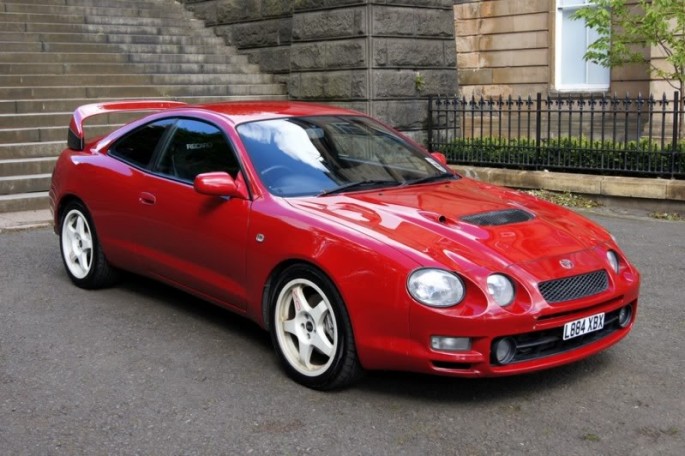 This is the ST205, which didn’t make it over to the US. While it makes 240+ horsepower, the front end of the car looks like something out of an H.P. Lovecraft novel.

If you’re guessing that the All-Trac sold about as well as hot dogs at a Vegan picnic, come on up and collect your prize: Toyota claims to have produced about 26,000 of the first two generations of this car for worldwide consumption, but only a few thousand of each were actually sold in the US. That, in combination with the fact that the majority of the ones that did make it to the US have either rotted away or were thrashed harder than a rented mule, it’s pretty rare to find an All-Trac on the road, let alone one in decent condition.

But that’s enough of a history lesson, let’s get to why I want one:

Unlike the Audi Ur-Quattro, which was offered here but is super-rare and uber expensive, or the early WRXs and Evos, which I would have to build from a weak-sauce naturally aspirated 93-01 Subaru Impreza or even lamer Mitsubishi Mirage, the Celica All-Trac came here fully equipped with the same 190-200 horsepower (Depending on the year) 2.0L turbo engine, AWD system, and five-speed manual transmission that the rest of the world got. This, along with a bottomed-out market value makes it the cheapest and easiest way to find myself behind the wheel of a homologation version of a classic rally car, which in itself is pretty awesome. I’ll take mine in white, thank you very much. 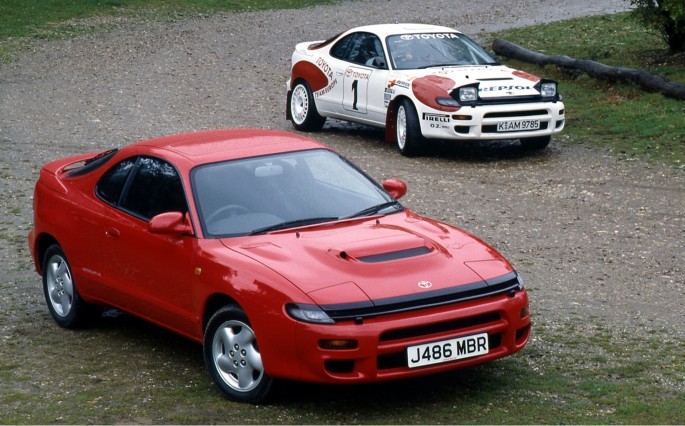 And that, my fellow BangShifters, is my automotive crush of the week.

Bottom Dollar Blazer Project - Episode 4: Off to the body shop This 1955 Chevy propaga...err..."Training Film" shows that you buy horsepower, but you drive torque

16 thoughts on “Automotive Crush Of The Week: Toyota Celica GT-Four”