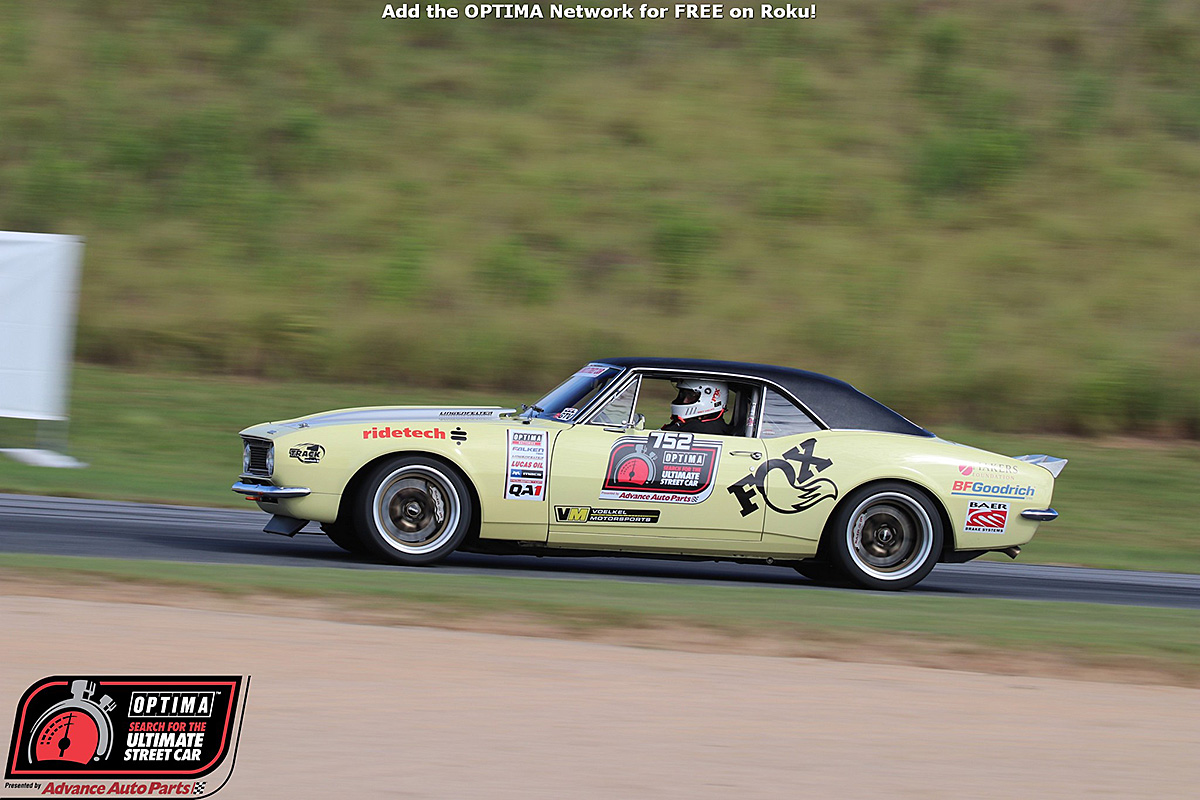 With races being cancelled or postponed in so many locations this year, Optima’s Search for the Ultimate Street Car series has been incredibly fortunate to be able to get in their races. But being the first event of the season that was East of the Mississippi, the east coast racers were clamoring to get to Atlanta Motorsports Park to battle it out. Dawsonville Georgia is home to this awesome, and incredibly scenic, race track that is an absolute riot to throw hot rods around on. And what a group there was this weekend! I can’t believe the number of serious players that made the trip to this one, but thanks to the Kaleb Kelley we’ve got all the photos to share with you from the event. Plus we’ve got a complete weekend recap below as well! So read on, and big thanks to Optima Jim for sending this in for all to enjoy!

CHECK OUT A FULL GALLERY OF PHOTOS BELOW, AND CLICK ON ANY PHOTO TO MAKE IT LARGER AND TO CLICK THROUGH THEM ALL IN A SLIDESHOW

Seven events make up OPTIMA’s 2020 Search for the Ultimate Street Car series, presented by Advance Auto Parts. The top contenders in seven different classes from those seven events are all invited to the SEMA Show and the OPTIMA Ultimate Street Car Invitational in Las Vegas at the end of the year. As luck would have it, the first three events of the 2020 season all took place West of the Mississippi river, so it took until late-July before the series finally ran an event for the “Back East” folks.


Atlanta Motorsports Park was the venue in beautiful Dawsonville, Georgia, home of NASCAR’s Elliott clan and the action was intense! A competitor’s best three events count toward their season-long point total and GTS Class leader, Austin Barnes was riding a 15-event winning streak. That came to an abrupt stop when his ’09 Corvette refused to do the same. Austin and his Vette are both a little sandy, but otherwise fine and he still has the high watermark for points in the series.

The DriveOPTIMA series is designed for amateur competitors, although professionals are allowed to run in the Outlaw Class. Eric Fleming is no pro, but he drove like one taking home the Outlaw Class hardware for the weekend. However, Vegas wasn’t in the cards for him this year, so the invitation to compete for the Outlaw Cup went to runner-up, Adam Ulrich’s ’01 Corvette.

Brian Johns continued his dominance of the GTC Class in the largest field of the year for those entries and was also joined by his wife, Tara, who had a rookie outing in a Mazda Miata. Jonathan Blevins’ ’08 Shelby GT500 bounced back from a rough performance at the Pike’s Peak event to take home the class win at AMP and Robert DeuPree’s Lamborghini notched it’s first victory of the year in the Holley EFI GTL Class.

Three more events are on the slate, with Road America coming up next. If the series makes a stop near you, be sure to check it out in person and if it doesn’t, be sure to watch the TV series every Friday night at 8PM Eastern on MAVTV. The website where you can learn more about the series and how you can enter your own street car is www.DriveOPTIMA.com

How Would You Build It: 1989 Shelby Dakota Looks Familiar: A Crash Collection That Has Less Problems Than 2020 Has Had!