How Would You Build It: 1989 Shelby Dakota 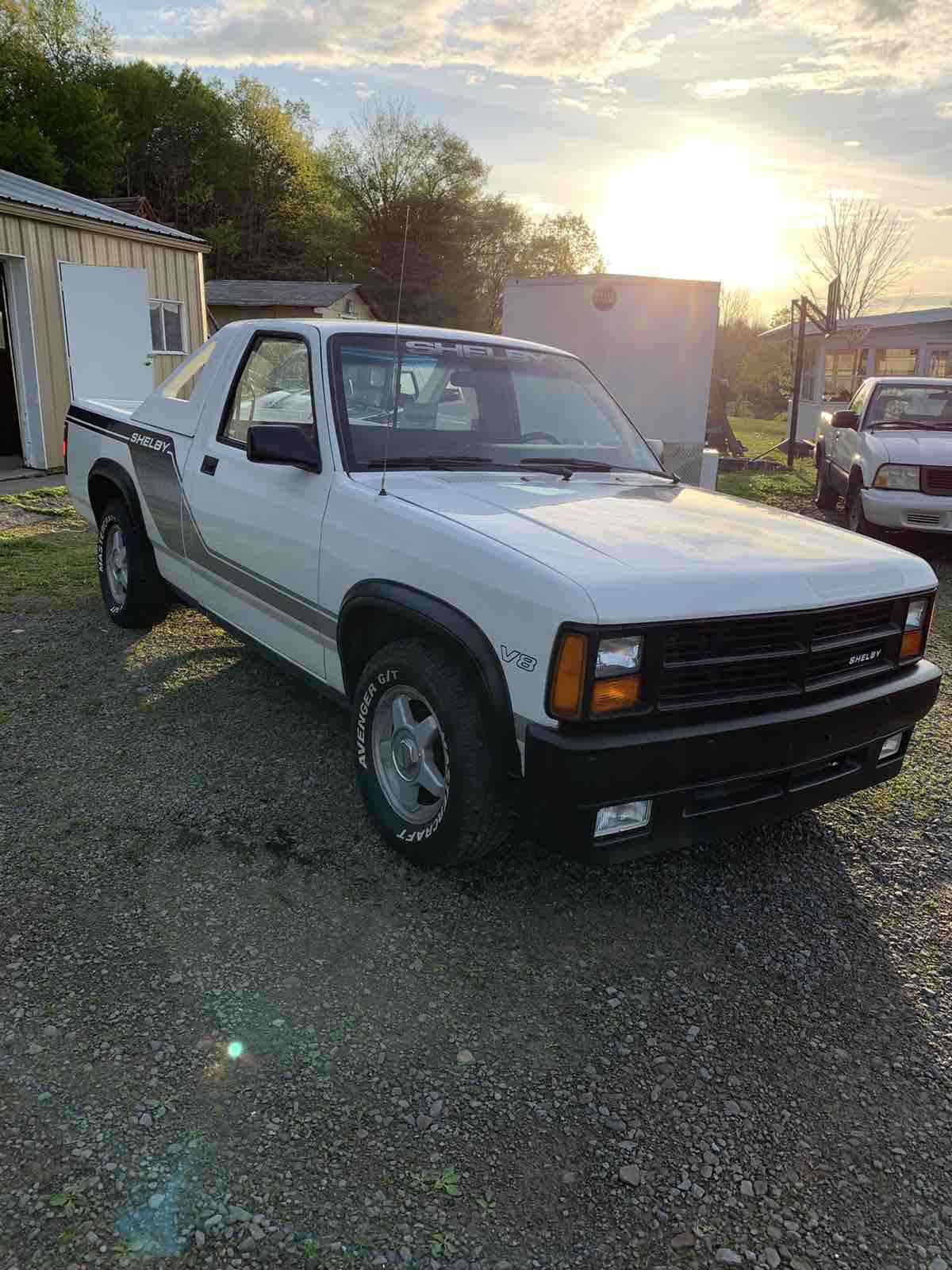 Seeing Carroll Shelby jump ship from Ford around 1970 was no surprise. The direction that the Shelby Mustang program was headed towards was pissing him off more and more. His GT350 and GT500 were meant to be lithe, light track weapons, not fast Lay-Z-Boy coupes, but Ford had other plans and after 1968, Ford was running the production of the Shelby Mustangs. So Carroll got out of the game. He went on safari in Africa. He worked on his ranch. He learned how to make a mean pot of chili. And sometime shortly after Lee Iacocca had made the transition to Chrysler, a favor was called in. Shelby and Iacocca went back to the days of the Cobra and the Ford GT program and if anybody was going to breathe a pulse back into Dodge, Shelby was going to be the one. Given what he had to work with, he created vehicles years ahead of their time: the Omni GLH/GLHS and Shelby Charger were sport compacts before that was a classification. He gave the Daytona some teeth to tear into the hides of Mustang and F-car owners. He managed to give the Lancer and Shadow enough of a working-over to actually be something. But note the pattern here: all front-drive four-bangers with turbochargers. Not to downplay Shelby’s work here, but…where’s the V8? 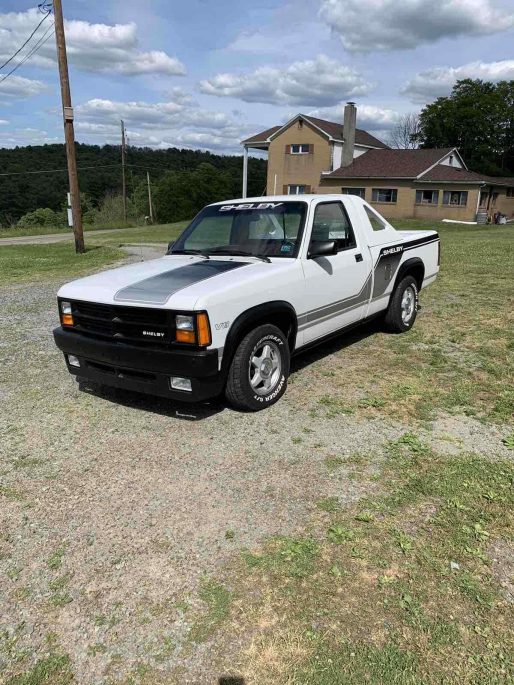 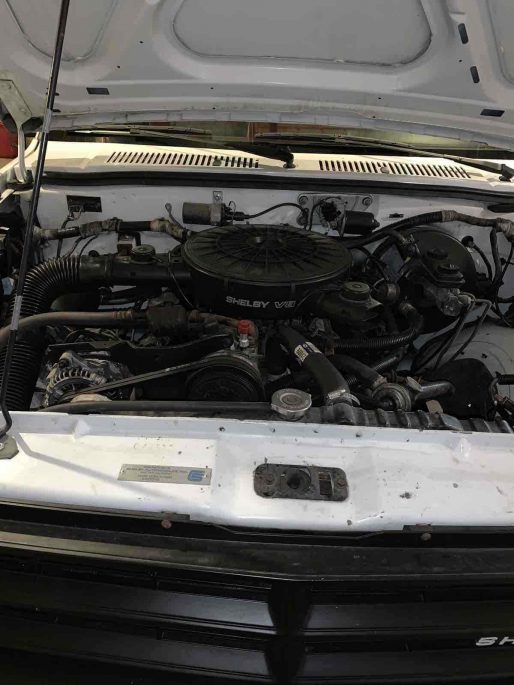 That’s where the midsized Dodge Dakota came into view. By doing some basic work with the radiator and fan system in order to free up some much-needed space in the engine bay, the 175 horsepower 318 was able to fit. Backed up to an overdrive automatic, tricked out with later 1980s sport truck cues and graphics, and making the right noises out of the pipes, the Shelby Dakota wasn’t a bad option for Mopar V8 performance. Scratch that…it was the only option unless you were interested in a Ram. 1,500 Shelby Dakotas were cranked out that year, and this is number 209, in white. What was solid power in 1989 is now barely adequate and laughable out of a V8. The looks are period-correct fine, the interior is what it is, but that 318 has got to go. The question, then: how do you build this rig up? 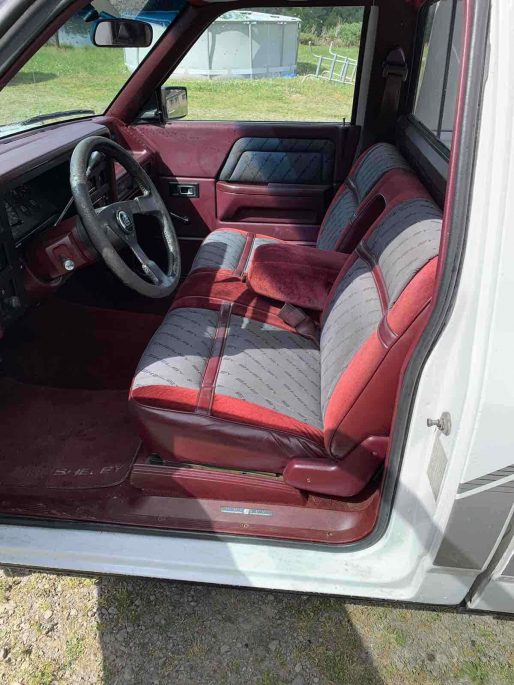 Our take: Since a Chrysler small-block is already fitted, it’s time for a 408 stroker. Give the transmission plenty of love so that it’ll survive the onslaught and be done. Digging through some archives of mine turned up a 600 horsepower, pump-gas version that Steve Dulcich built back in 2002, based off of a 1972 360 wearing Mopar Performance W-2 iron heads. 600 horsepower in an early Dakota is perfect. Dress it up like a stock unit and we wish you happy hunting. 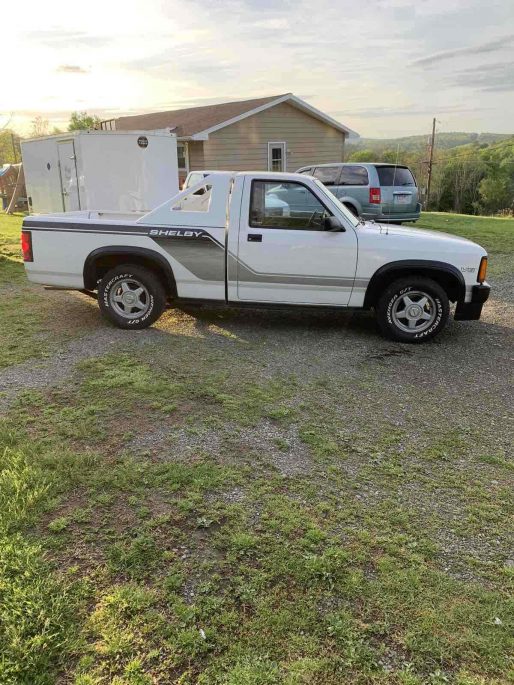 Cruising In The Rain: The Vehicles Of The Chelsea Cruise In The UK Awesome Street Cars Do Battle In Dawsonville - Optima's Search For The Ultimate Street Car Visits Atlanta Motorsports Park

One thought on “How Would You Build It: 1989 Shelby Dakota”