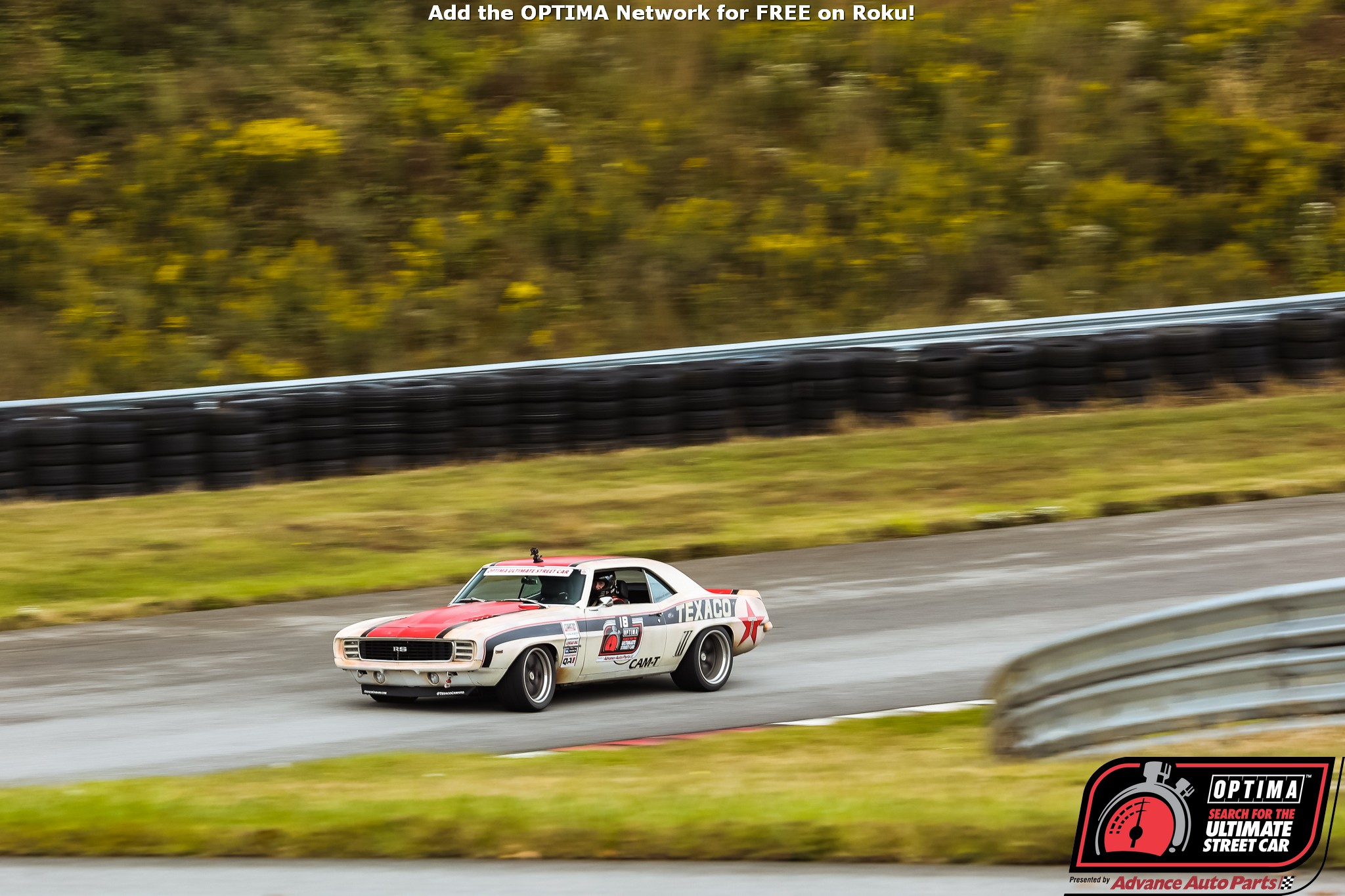 (Words By Jim McIlvaine) There is a certain segment of automotive enthusiasts, who brag about owning cars that have “never been in the rain.” They only take their cars out when the forecast says it will be dry and they bring along their custom-made car cover, just in case. There’s nothing wrong with that, if that’s what they enjoy doing. With non-stop attacks on the future of the internal combustion engine and the people who love them, the automotive aftermarket needs every enthusiast it can get. However, the cars and drivers that compete in OPTIMA’s Search for the Ultimate Street Car, presented by Advance Auto Parts, are not in that group of enthusiasts.

These cars are every bit the equal of anything you’ll see at the SEMA Show (and many have been on display there before), but most are far from bone-stock, they expect them to get rock chips, cone rash and caked with brake dust and they don’t even flinch at the prospect of rain. Unless lightning is in the area, this series runs in just about any weather conditions, which has included light snow flurries. Fortunately for those competing in the regular season finale at NCM Motorsports Park in Bowling Green, Kentucky, competitors just had to deal with some rain.

For some, it was the last chance to grab crucial points or possibly even an outright invitation to the 2020 OPTIMA Ultimate Street Car Invitational (OUSCI), which even a pandemic cannot stop. The SEMA Show may be shelved for this year, but the OUSCI will take place during the Hi-Performance Expo at Circuit of the Americas on November 2nd & 3rd.

Why weekdays for this event? Because by the time the plug was pulled on the SEMA Show, those were the dates COTA had available. Most of the competitors had those dates planned for a trip to Vegas anyway and most of the fans who watch the OUSCI catch it on MAVTV on Friday nights at 8PM ET/PT, so it’s full steam ahead. However, if you happen to live near Circuit of the Americas, you’ll definitely want to check this event out. There will be a lot going on, including a winner-take-all autocross on November 1st, that could be worth up to $25,000, drift exhibitions and ride-alongs with Tanner Foust, Vaughn Gittin Jr, Cleetus McFarland & more! Check out www.hiperformanceexpo.com for all the specifics and check out this massive gallery of images from NCM Motorsports Park, to see a preview of some of the cars that will be competing for the Ultimate Street Car title.

CLICK HERE IF YOU MISSED OUR FIRST GALLERY OF PHOTOS

Slight Miscalculation: The Tough Truck Mustang Gets Friendly With The Wall At Buck Motorsports Build A Real Race Car For Real Cheap! Bargain Racement Gets More Upgrades That May Or May Not Fit The Rules But Hopefully Make It Faster!