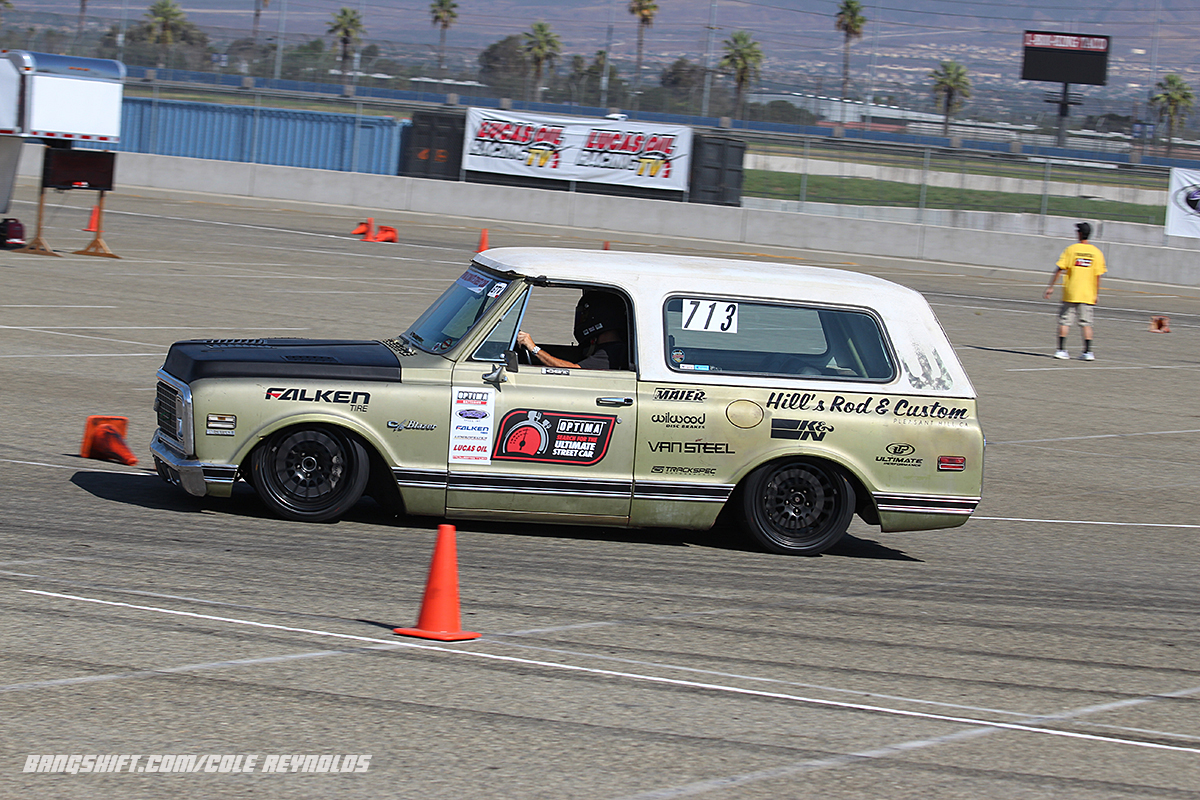 (Photos by Cole Reynolds) We’ve got lots more photos to share from the Ultimate Street Car Association race at California Speedway in Fontana, where MavTV crews were out trying to capture the competition during Optima’s Search for the Ultimate Street Car this weekend. Heavy hitters in the Pro Touring community, along with relative newbies and even some first timers, enjoyed a weekend of intense competition that included Autocross, Speed Stop, Design and Engineering, the Road Rally, and the Road Course. Camaros, Mustangs, Corvettes, Vipers, Miatas, EVOs, Chevelles, an El Camino, and a mix of all kinds of other hot rods graced the courses setup at Fontana’s California Speedway in Southern California.

David Carroll debuted the Dela Vega Chevy Performance Parts LTG Turbo powered Vega, Brian Hobaugh was back out in his venerable 2nd Gen Camaro, John Lazorack was once again someone to watch in his beautiful Dodge Conquest TSI, and guys like Dannie Pinard, Jake Rozelle, and Greg Thurmond made sure that all the Corvette generations were represented.

We’ll have photos throughout the week, including a crazy fire photo sequence that is posted today, and road course and speed stop photos starting tomorrow. Until then, here is another gallery of cool photos showing these machines on the autocross.

CLICK ON ANY PHOTO BELOW TO MAKE IT LARGER AND THEN USE THE ARROWS TO SCROLL THROUGH THE ENTIRE SLIDE SHOW.