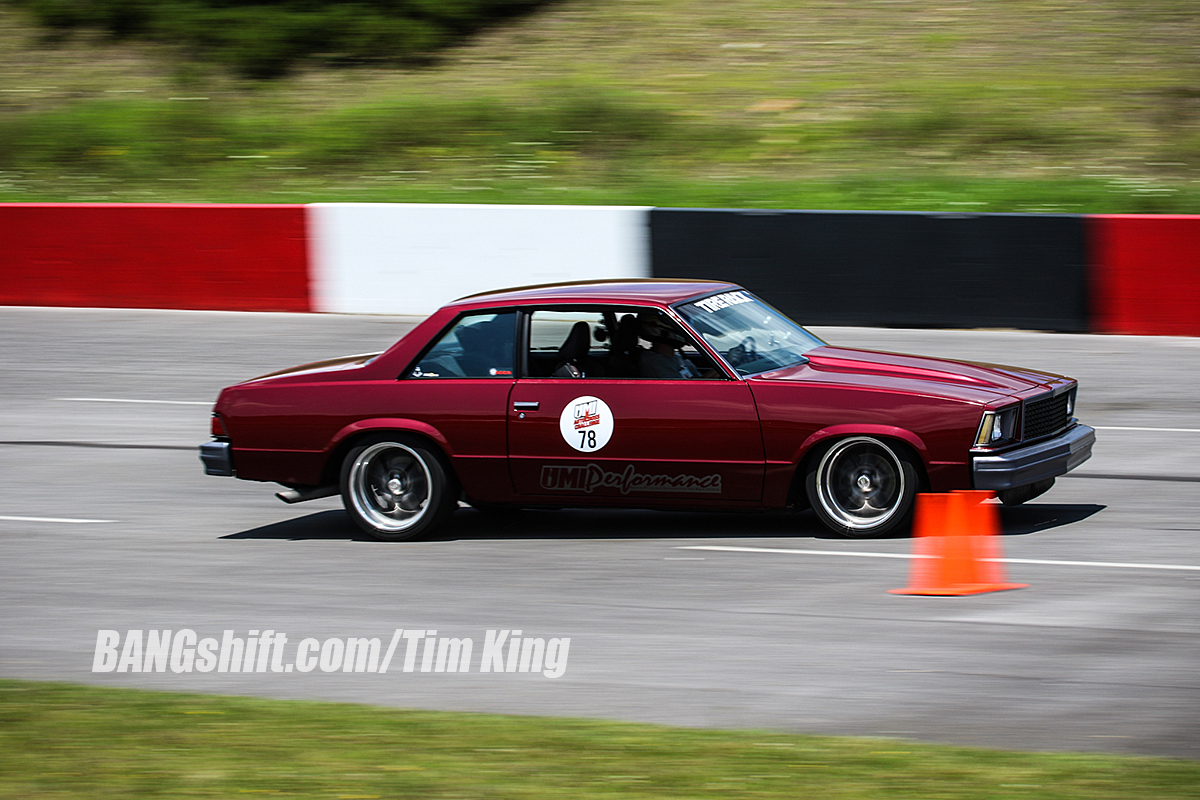 Words by Tim KingThis past weekend we were out at the UMI Autocross Challenge 2019 hosted by UMI Performance. This is the second year we were able to attend and one event we don’t want to miss! The people at this event are just the friendliest and happiest people which makes the racing that much better. Located in central Pennsylvania, the event is held at UMI Motorsports Park in Clearfield, PA.
The track itself sits on 40 beautifully manicured acres on top of a mountain with gorgeous views. If that isn’t enough, there’s a 5/8-mile paved oval track that the UMI crew has converted into an autocross complex with tons of different course variations available. This year the course was different than last year but with a few of the same corners as well. This year the course was slightly shorter but the times were longer as it had more complex turns and challenges in it, including a Chicago box. The fastest lap of the weekend was in the 45-second range, so you can see it was a long course. But with the UMI crew running two to three cars at a time, the lines moved fast.
This event was all day Friday and Saturday. Between the two days with roughly 90 cars there was over 1200 timed laps! At the end of each day the racers were tired from racing, but that didn’t stop them from enjoying the open house at UMI Performance or the after hours hotel parking lot parties. Thursday night was the official kick off party at the track, Friday was the open house and Saturday night was a hang out at a local restaurant and bar. There was plenty of laughs going around all weekend long.
One activity that brought lots of laughs, tears and love was the charity fundraising that went on all weekend. UMi was raising money for two different charities, the Emily Whitehead Foundation and the ALS Association. Between the bake sale and “swear cooler” they were able to raise over $7,000 to help fight these horrible diseases. It was truly a cool experience to see everybody open their hearts and wallets for such great causes.
Another cool thing about this event was the King of the Mountain invites. King of the Mountain is an invitational autocross race held at UMI Motorsports Park in less than a month with 100 of the best cars and drivers from all over the USA. The goal is to make it into the 32-car shootout under the lights and ultimately win the $10,000 grand prize! You know that we will be there bringing you coverage of that event as well.
Class Winners:

Your Timeslip, 007: Take An In-Depth Look At That Street-Legal Aston Martin Drag Car! Prize Thoroughbred: The Bullitt Mustang Is Going To Be Auctioned Off By Mecum