The Runway Racing Invitational: Run What You Brung At The Mojave Air And Space Port Runway 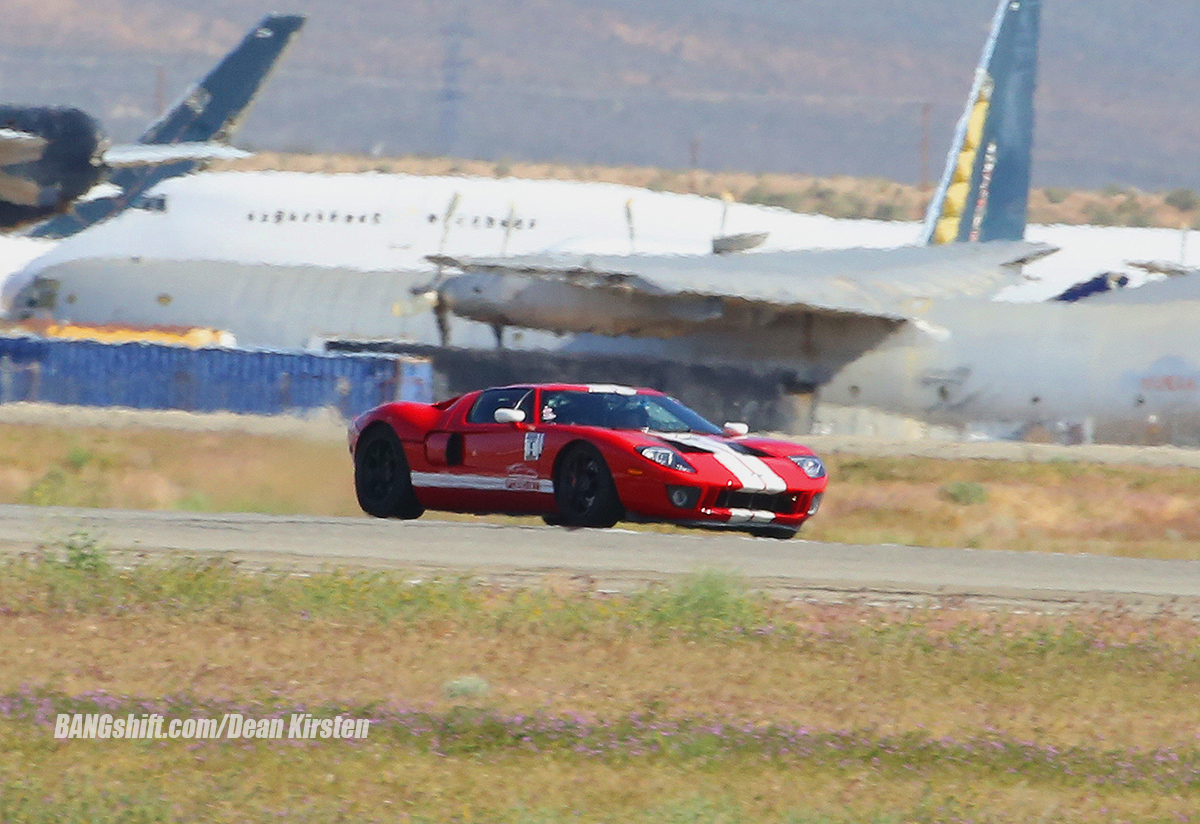 (Story & Photos by Dean Kirsten) Over the past few years, the Mojave Mile has run several times a year, thanks to Michael Borders of MKM Racing Promotions LLC. But for one reason or another, MKM decided to sit out the 2017 season, leaving many Land Speed Racing folks no place to race in southern California, other than El Mirage dry lake. Enter Bill Guzenski of Runway Racing LLC of Las Vegas, NV with an idea to rent the 12,500-ft runway and have a race for a select few. The kicker was that there could only be a maximum of 25 cars, and, get this, the entry fee was a whopping $2500 for one day of racing. As it turned out this past Saturday, April 8, 2017, 12 individuals put their bucks on the table, and the event was on!
Thinking about past Mojave Mile events, with a total entry list hovering around 75 cars and motorcycles, you can
imagine just how many runs you could make when only a dozen show up! First and foremost, some of the heavy hitters that entered this event included RJ Gottlieb and his famous “Big Red” 1968 Camaro, David Adams and his daughter Karisa’ 2006 Ford GT40, Tom and Sommer Fries’ 2005 Ford GT40 with twin turbos, Ted Taormina’s 1965-registered Superformance Mach 3 Cobra, and last but not least, Mike Fischer and Dan Lawson’s 1968 Volkswagen Karmann Ghia coupe. With an entire day of racing ahead of them, we were excited to return to the runway at Mojave.
Time table for this event went something like this; gates open to the racers at 6:30 with driver’s meeting held at
7:30. But since this is still used as an active runway, that same back gate was closed at 8:00 to the general
public. With security still very much an issue at this facility, everyone who was part of a pit crew needed to be
registered and made aware of the limitations for access in this area. But once inside the gate, they were treated
to a handful of extremely fast street and full-blown racecars, running on this runway, with times recorded at the
1/2-mile, 1-mile and 1-1/2-mile traps.
As the day of racing got underway, the weather became an issue with the temps were in the mid-50s. The winds began to howl up to 35mph at 11:00. Even though it was blowing down the track as a bonus tailwind, the gusts were giving the drivers fits. Even with the windy conditions, three major records were set this day, perhaps the most notable one was by RJ Gottlieb’s Big Red Camaro, breaking their own speed record of 251.8mph to a new mark of 253.6mph! There’s still tons more where that came from but for today, that was the best pass in the winds. The next mark was that set by Ted Taormina and his 511-cubic-inch Cobra. His 201.1mph time slip appears to be a first Cobra to break that magic 200mph barrier! Over in Fischer/Lawson camp, they took their newly-finished ’68 Karmann Ghia powered by a 2.7-liter Pauter block-based (VW) engine. This flat-four runs fuel injection and burns alcohol, and today they ran 181.1mph at the 1-1/2-mile marker, to become the first air-cooled VW-powered Ghia to run over 168mph. That record was held since 1987 and was set at Bonneville.
By late afternoon, most of the racers had as many passes as they wanted and with the gusty winds now an issue, it
was time to say goodbye to Bill Guzenski. Thanks for the hospitality.

Rough Start: This 1965 Corvair Monza Sedan Is Too Sweet To Pass Up! Yes, You Need This M29 Weasel As A Spare Vehicle! Tracks For The Win!

2 thoughts on “The Runway Racing Invitational: Run What You Brung At The Mojave Air And Space Port Runway”